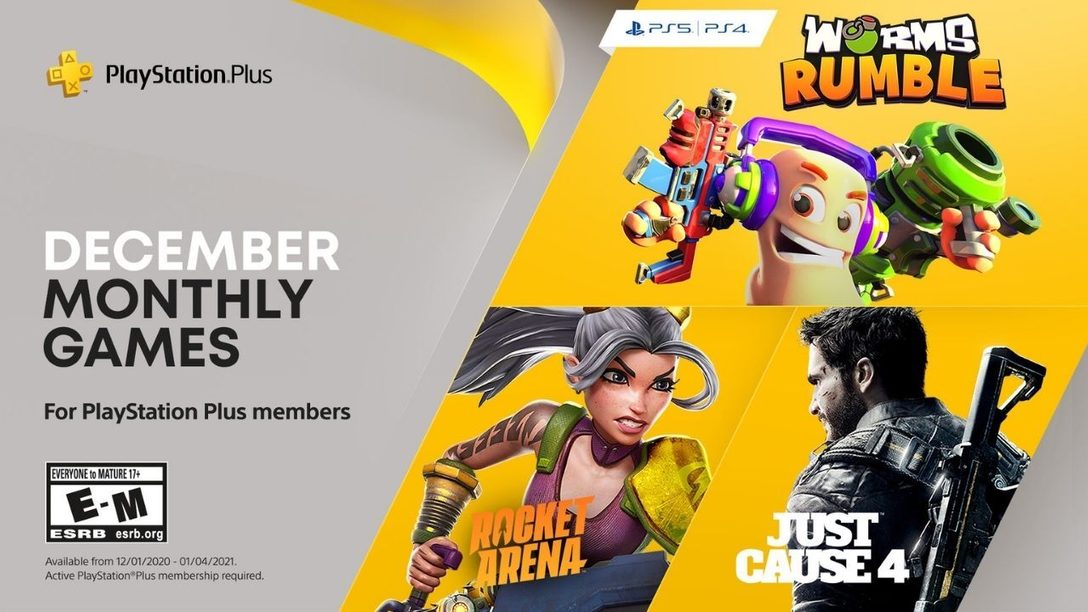 PS Plus provides free games every month as a bonus reward to subscribers of PlayStation’s online service. As November comes to a close, it’s time to look at what users can expect from next month’s offerings. Sony has revealed the December PS Plus line-up, and it includes Just Cause 4, Rocket Arena, and Worms Rumble.

A post was made to PlayStation’s website that details the latest line-up of free titles on PS Plus. Worms Rumble, Just Cause 4, and Rocket Arena will be available on PS4 and PS5 via backwards compatibility starting December 1 and will be free to download until January 4. It’s a solid line-up of games, with some brand new titles making an appearance. Rocket Arena just released earlier this year, pitting players against each other in some explosive over-the-top combat. We were certainly fans of the game here at Shacknews, as evident in our review.

Worms Rumble is the latest entry in the long-running franchise. Interestingly enough, this game is set to release on December 1, meaning Worms Rumble will launch as a PS Plus game, which has done wonders for similar games in the past. Most recently, Fall Guys: Ultimate Knockout launched in PS Plus and saw a massive number of concurrent players. Several years ago, a little game called Rocket League launched as free on PS Plus, and we all know how that story went. It’ll be interesting to see if Worms Rumble is able to gain some extra traction from PS Plus.

As we continue to transition into the next generation, Sony is looking to diversify its monthly offerings. For November, we saw Bugsnax debut as the first PS Plus title exclusive to users on the PS5. While none of the December deals have that same exclusivity, we’ll likely see it again in the future. For more on PS Plus, stick with us here on Shacknews.