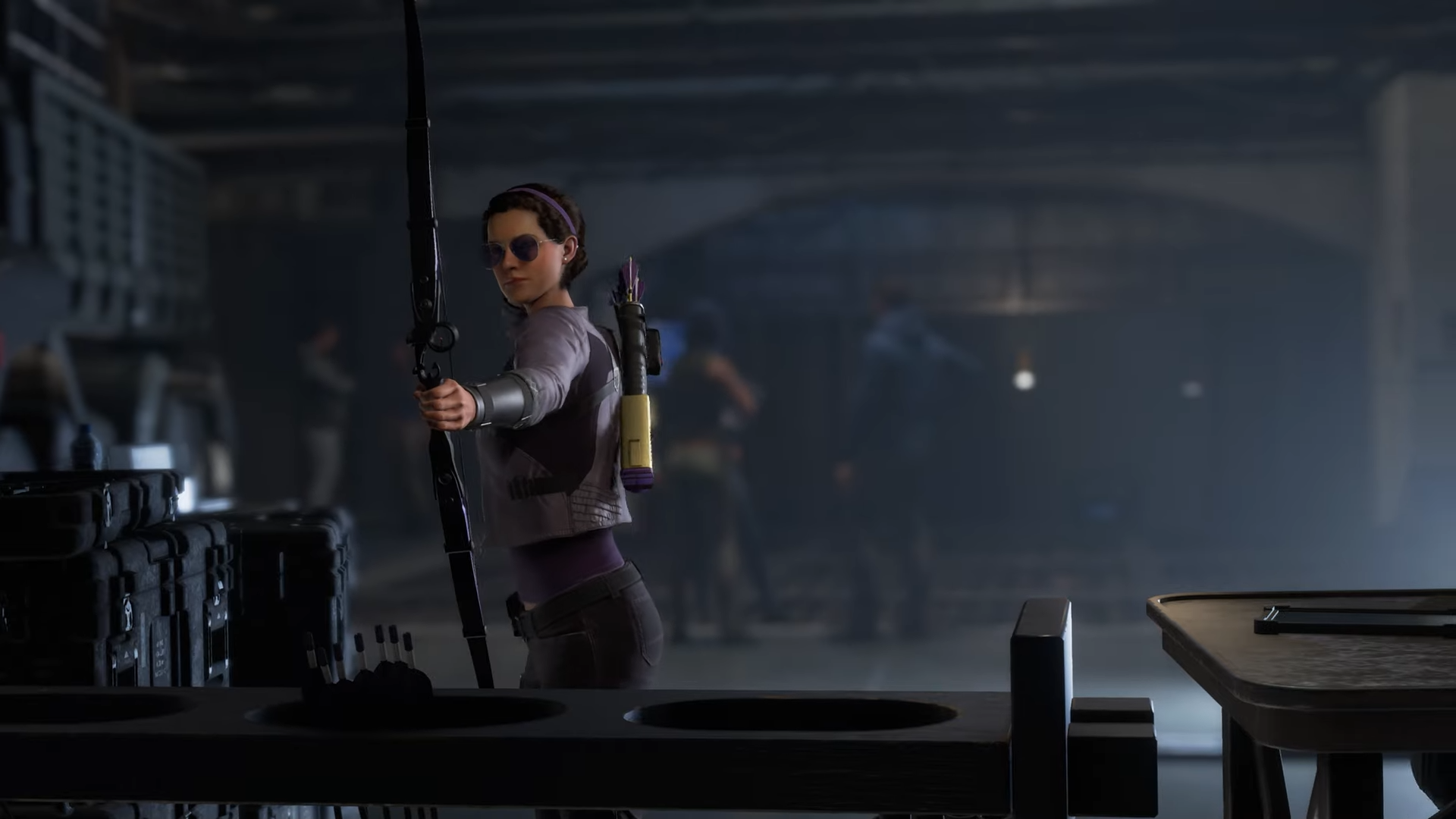 Marvel’s Avengers launched back in September, telling a brand new story in the world of Earth’s Mightiest Heroes. The game also featured a loot-based online mode, meant to live on as a live-service. To keep players engaged, developer Crystal Dynamics will add new playable characters that also add to the game’s story. Kate Bishop is set to be the first DLC character, and new information about her has been revealed in the latest War Table video.

War Table’s work as a direct communication line from Crystal Dynamics to fans of Marvel’s Avengers. In the latest video, we learn all about Kate Bishop, the archer and protege of Hawkeye. On a mission to rescue her mentor, Kate Bishop will take on AIM and travel through reality. Her story chapter will introduce new characters, locations, and enemies. It will also set the stage for Hawkeye’s entrance as the game’s second DLC character.

During the War Table, we also get to see how Kate Bishop plays in combat. One of the best parts about Marvel’s Avengers is how each hero feels unique from one another, particularly in combat. This is something we talked about in our Shacknews review, and is one of the best parts of the game. As expected, Kate’s moveset revolves around her bow, piercing enemies from a distance while using it as a blunt object up close. What wasn’t expected, however, is Kate Bishop’s ability to teleport. Likely explained by her reality-jumping antics in the story, we see Kate teleport around the battlefield similar to Nightcrawler, striking enemies down with ease.

Kate Bishop and her new story chapter will arrive in Marvel’s Avengers on December 8 at no additional charge. Hopefully, the new content will be enough to reel players back in, as Marvel’s Avengers has struggled to maintain a consistent player base recently. For more on Marvel’s Avengers, stay with us here on Shacknews.