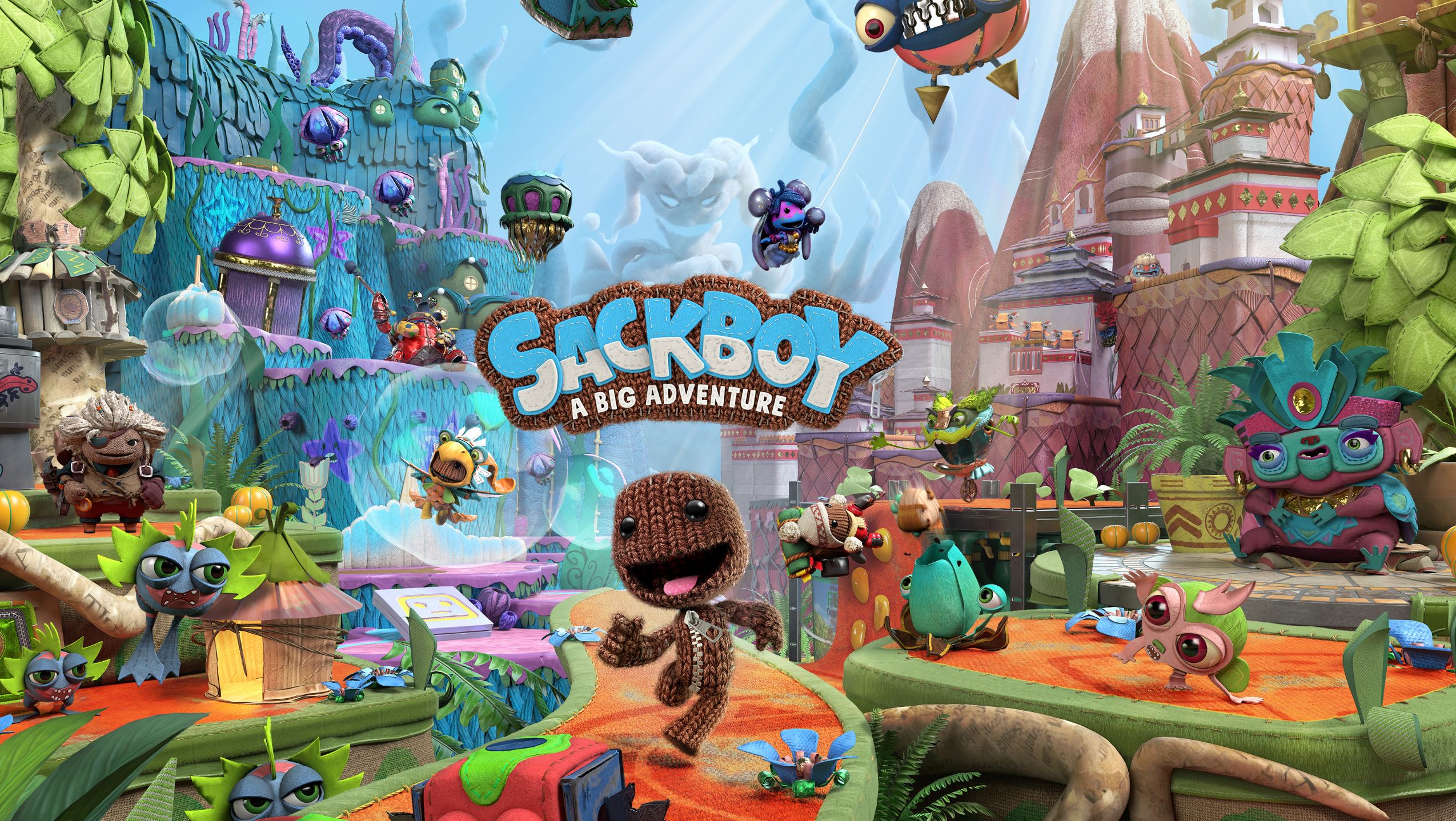 There is an unwritten rule that you cannot launch new consoles without delivering some sort of game related to a flagship mascot. Nintendo always launches with some sort of Mario or Zelda game and Microsoft usually kicks things off with Halo or Gears. Sony doesn’t exactly have mascots as ingrained into the fabric of pop culture in the same way as their competitors, but I guess that Crash Bandicoot and LittleBigPlanet work well enough to fill the same position. For the PS5 launch, Sony is offering Sackboy: A Big Adventure, a 3D platforming spinoff set in the Little Big Planet universe. While it isn’t exactly a next-gen title (stop me if you’ve heard this one fifteen times in the last two weeks) as it also appears on PS4, it accomplishes the job it sets out to complete with some interesting visual flair.

Stitching a game together

Based on the popular LittleBigPlanet universe created by Media Molecule, Sackboy: A Big Adventure tells a hackneyed tale of good versus evil starring the franchise mascot, Sackboy. An anthropomorphic hacky sack, Sackboy has been enjoying his simple life in the village of Loom, a place where the Sackfolk reside. All the good times and chill vibes disappear when the evil Vex tears a hole in the sky fabric overlooking the village and proceeds to abduct the inhabitants for the purposes of enslaving them to build a machine of destruction known as the Topsy Turver. During the chaos, Sackboy manages to escape in a rocketship along with the plans for the Topsy Turver that Vex was dumb enough to drop on the ground while explaining his evil plans.

Predictably, Sackboy will have to save his fellow Sackfolk from the grips of Vex and prevent the construction of the Topsy Turver. This will be accomplished by platforming through a variety of levels and earning Dreamer Orbs. These orbs work as points that Sackboy must accrue to unlock new levels and ascend up the mountain towards Vex. Each level has a fixed number of orbs and can be replayed from the overworld zone should they be missed on the first run. The levels are also full of bells and balls that are collected to be spent on cosmetics. Dressing up Sackboy is a large part of the game and one of the returning mechanics from the LittleBigPlanet universe.

Sackboy can run, jump, punch, and grab onto items as he scoots around the various levels. Several interactions are built into the levels that are activated through one or more of Sackboy's abilities. All of the core foundations of 3D platforming are represented here and most of it works just as you’d expect. No new ground for the genre is broken here, but all the jumping puzzles and bell-grabbing encounters work well enough. Genre enthusiasts may bemoan the lack of challenge, though the accessibility will be welcomed by the casual crowd. Sackboy’s jumping and floating mechanics never felt quite right to me (especially compared to its most-accomplished peers), but this is my first LittleBigPlanet game and, as I understand it, the floaty business is a staple of the franchise.

The visual presentation is by far the best thing Sackboy: A Big Adventure has going for it. When played on the PS5 with a big 4K display, the construction and textures of the various levels jump out of the screen in a way that makes one of the strongest arguments for 4K gaming that I’ve seen. The shapes and design of the levels is standard platforming fare, but the colors, textures, fabrics, and adornments that cover everything make the game feel unique. The world comes off like a dreamland concocted by someone that got prepaid stimulus gift cards that only worked at a Michaels store.

You’ll find pedestals upholstered in burgundy leather with hazelnut yarn, balsa wood cutouts coated in oil paint, and chartreuse shag carpet that works as a stand-in for grass. The creativity that comes from the use of common materials to build the levels never fails to impress. The 4K resolution allows for a striking level of detail that may otherwise go unappreciated on lesser screens. Even Sackboy himself offers a striking look under the right lighting conditions. When put under harsh, direct light, you can even see specular highlights on the individual crinkly fibers that protrude from his crude hacky sack skin.

The sound design works to further sell the experience, with some of the backing music tracks being much more memorable than I would have expected going in. The various levels can have vastly contrasting musical styles, further helping them to feel unique. The DualSense also gets a bit of time to show off with the game making use of its finer detail haptic feedback. Aside from the improved lighting and resolution, the extra feedback finesse provided by the DualSense is possibly the biggest improvement over the PS4 version.

Sumo Digital has done a wonderful job bringing the visual aesthetic of the LittleBigPlanet franchise into a 3D platforming world. The levels are a delight to look at and shine brightly when paired with a top-shelf display. The various outfits and visual customizations that can be sewn onto Sackboy also look fantastic. I ended up using a Yak outfit I bought early in the game for the rest of my playthrough as I simply couldn’t get enough of how delightfully stupid it looked. When it comes to gameplay and story, it is fair to say that we’ve seen it all before, and usually done better. The main appeal here is to rehash old material with a 4K, leather-and-corduroy-upholstered refresh. If that sounds like a good time, Sackboy is sure to please, but it will leave other PS5 owners wondering when next-gen will actually show up. 7/10 yak outfits

This review is based on the PS5 version of the game. The key was provided by the publisher for review consideration. Sackboy: A Big Adventure is now available for PS4 and PS5.