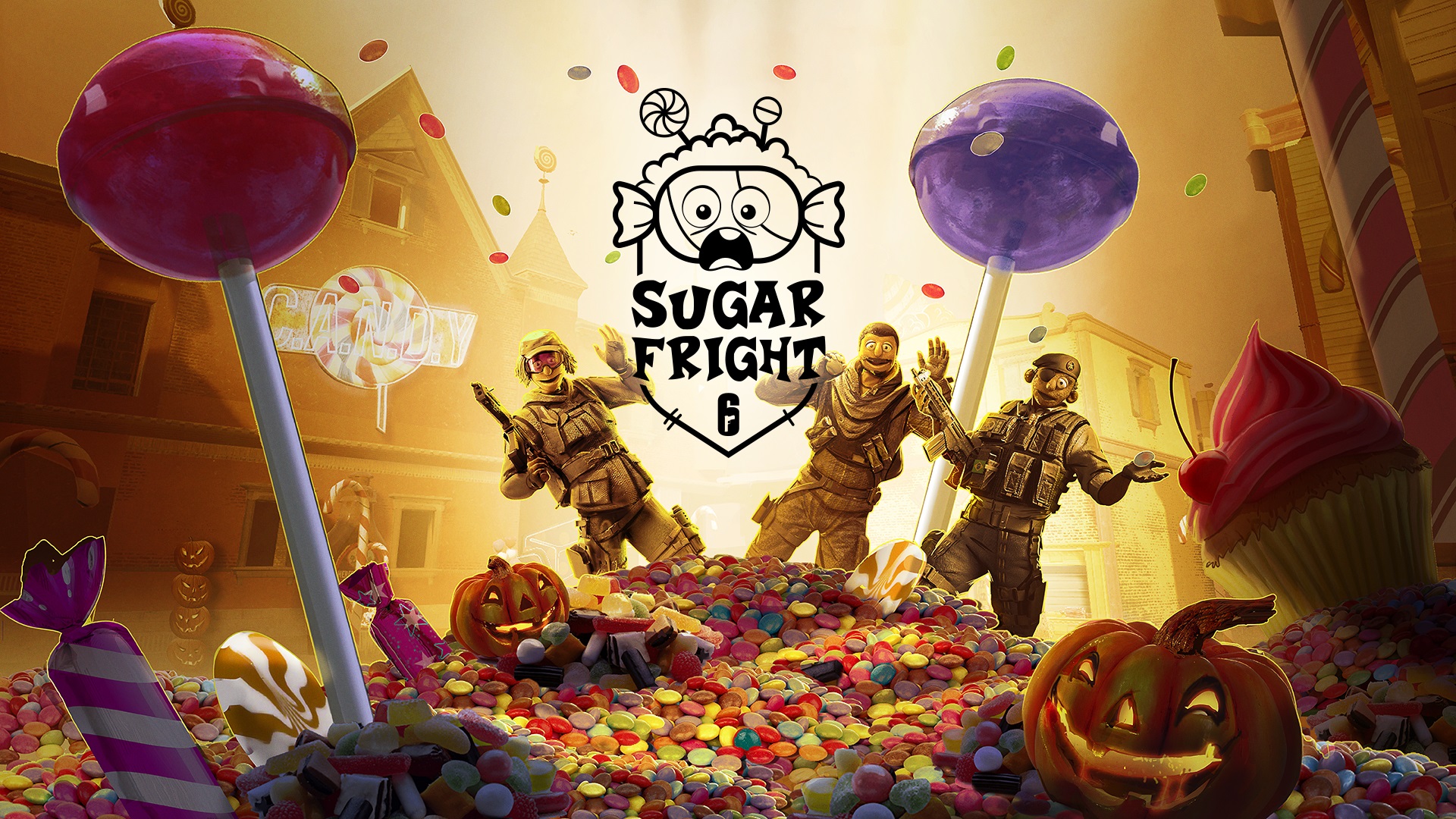 When hardened soldiers and operatives enter a world of sugar and their sweet tooths become uncontrollable, the only solution is war. Candy War, that is. Confectionery warfare is being declared as part of Tom Clancy's Rainbow Six Siege's new Halloween Event. It's called Sugar Fright, which is apparently the result of Frost having too much candy and having all of that sugar mess with her dreams. No, really! That's the backstory!

Sugar Fright sees ten of Siege's Operators engage in sweet combat. The Attackers are IQ, Zofia, Nomad, Capitao, and Thermite. They are the Tricksters and are out looking for all of the candy they can collect. The Defenders are Frost, Pulse, Ela, Castle, and Goyo. They are the Treaters. Sweet Hunt is far closer to a deathmatch mode than Siege's usual tactical play, as the object is to collect 50 sweets from player corpses. Downed players will briefly go into support mode and then respawn, a first for Siege. Sessions will run for up to 10 minutes.

Oh, did I forget to mention that the Operators are all puppets? Somebody at Ubisoft Montreal has been watching old episodes of Angel!

Anybody who logs in during this special Halloween event will receive a free Sugar Fright pack. That pack will contain some of the 32 new seasonal cosmetics with players able to earn the rest over the course of the event. Players can also earn more Sugar Fright packs by completing various challenges.

Rainbow Six Siege's Sugar Fright event is set to begin this Tuesday, October 27. It will continue all the way through Tuesday, November 10, just in time for you to take your copy of the game onto the PlayStation 5 and Xbox Series X. You can learn more about Sugar Fright and its bonkers narrative backdrop on the Rainbow Six Siege website.