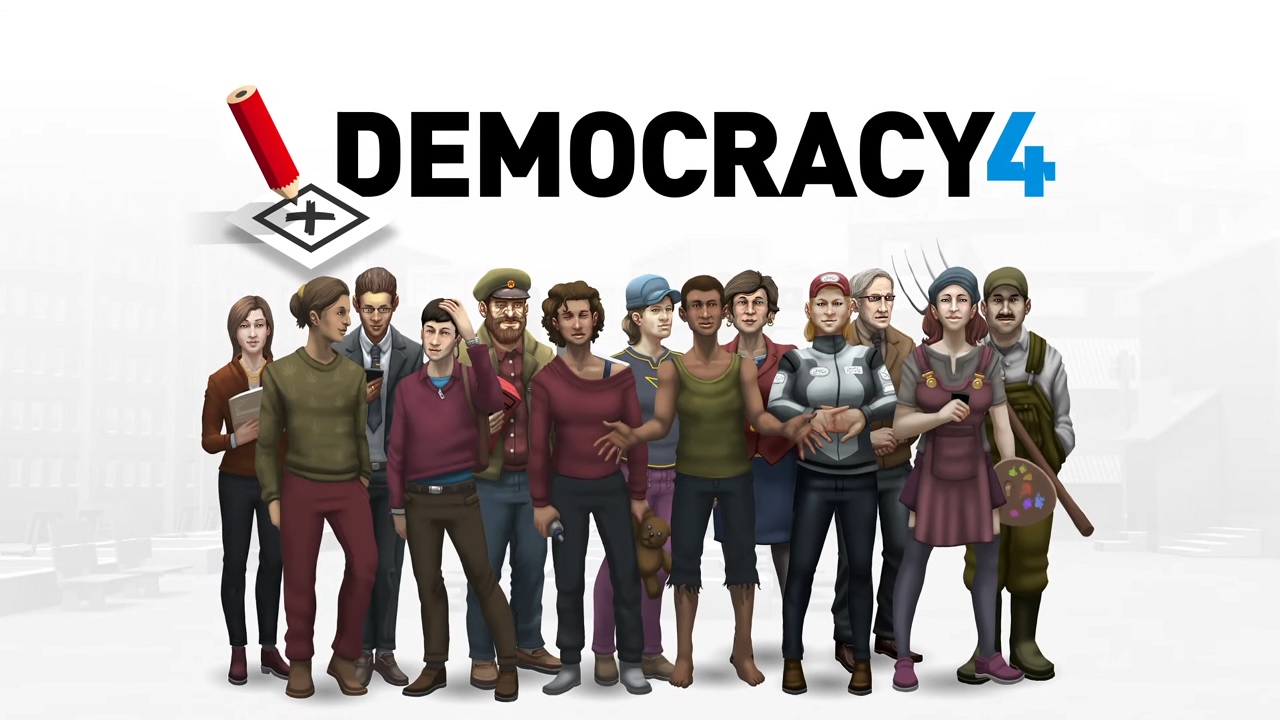 It’s a voting year in the United States. Everyone is mad, radical groups are on the rise, and the national deficit has never been higher. Also, the president just simultaneously signed bills to cut the military budget in half and promote healthy eating programs and services, but also allow use of drone technology by police in a sweeping display of both progress and terrifying authorative power. No, I’m not talking about the actual United States, but rather my simulated efforts to both make the country a better place and avoid angry groups of citizens trying to assassinate me for my decisions in Democracy 4, the latest political leadership strategy game by Positech Games. With several countries and their delicate political balancing acts at your control, this game is looking interesting in a year where national leadership and the policies that come with them are arguably more important than ever.

The face of a nation

Democracy has always been a series about playing the delicate, multi-layered scales of national politics. Ultimately, your goal is to appease the people and stay in power if you can, while also trying to make your nation a better place to live along the way. Democracy 4 is no exception, giving you the reins of several nations as you become their elected leader and do everything in your power to balance your nation, win the population over, and stay elected and alive.

You handle these matters through an intricate web of connected topics in which you make quarter to quarter decisions about the direction your policies will go and how your citizenry respond to your decisions. Each quarter, you begin with a limited supply of government capital which allows you to make decisions like adjusting budgets and announcing new policies. Capital is determined by your national budget, the condition of your cabinet, the status of your citizens, and more. Manage these things well and you’ll have more capital to work with and consequentially more choices you can make per quarter. It’s a very delicate balancing act that should appeal to fans of strategy and management simulations, as I found myself quickly drawn into the business of what matters could be targeted and addressed at any given point of my administration.

The main changes to Democracy 4 from its predecessors comes in the form of smoothing out edges and adding new functions and topics to keep track of in your overall term and/or regime. Positech Games has reworked the user interface to deliver a much more streamlined and easy-to-understand experience, but it’s still one that demands a lot of curiosity and exploration. The main game screen is a web of topics featuring all of the different ends of your empire. Among these are your spending priorities on things like technology, armed and community police, public education, transport industry, and more. There are also special interests such as alternative energy, national health and obesity, and the like. Clicking on anyone of them reveals a web of connected factors, some which you can manipulate with some well-placed government spending and policy.

In addition to the spruced-up main UI, Democracy 4 enters expanded topics into the overall equation. Three-party races are now possible, making considering a party that might snipe votership from you or your opponent a real threat. New media reports clue you into ongoing discussions in your nation and where the hearts of the people lay. Meanwhile, new policies and spending including dealing with LGBTQ and transgender laws and the requirement of body cameras on police bring a number of interesting current-day concerns into the equation.

As I was working on my particular nation, I chose to cut military funding in a vie to put money into science and progressive technologies. I also targeted smoking and overall national health and obesity with a series of policies including youth sports program initiatives, parent education programs, and laws that targeted cigarettes in advertisement to name a few. What I had not counted on was my focus on a health and science platform leaving environmentalists and everyday commercial production increasingly unhappy to the point of unhinged. One assassination attempt later, I was signing policies regarding police use of surveillance drones and mandatory ID cards into law, which made a lot of peace and freedom loving folks very unhappy. The scales are multi-faceted in Democracy 4 and it’s interesting to see how they tip, not to mention what it takes to rebalance them just so much.

Winning the hearts of the people

Democracy 4 is interestingly expanded to say the least in this day and age when we’re seeing one of the most tumultuous times in a lot of different political ecosystems around the world. Playing as one country or another with their own problems and priorities is something that seems entirely unwieldy at first, but as you begin to recognize the delicate puzzle Democracy 4 lays out before you, as well as the parts that threaten to crumble your political career, it’s easy to lose hours in this game. What’s more, Positech Games has promised to create an ecosystem right for modders to do what they’ve done best in previous titles. As the game comes into early access on October 6, 2020, we’re curious to see how this web of political intrigue expands.