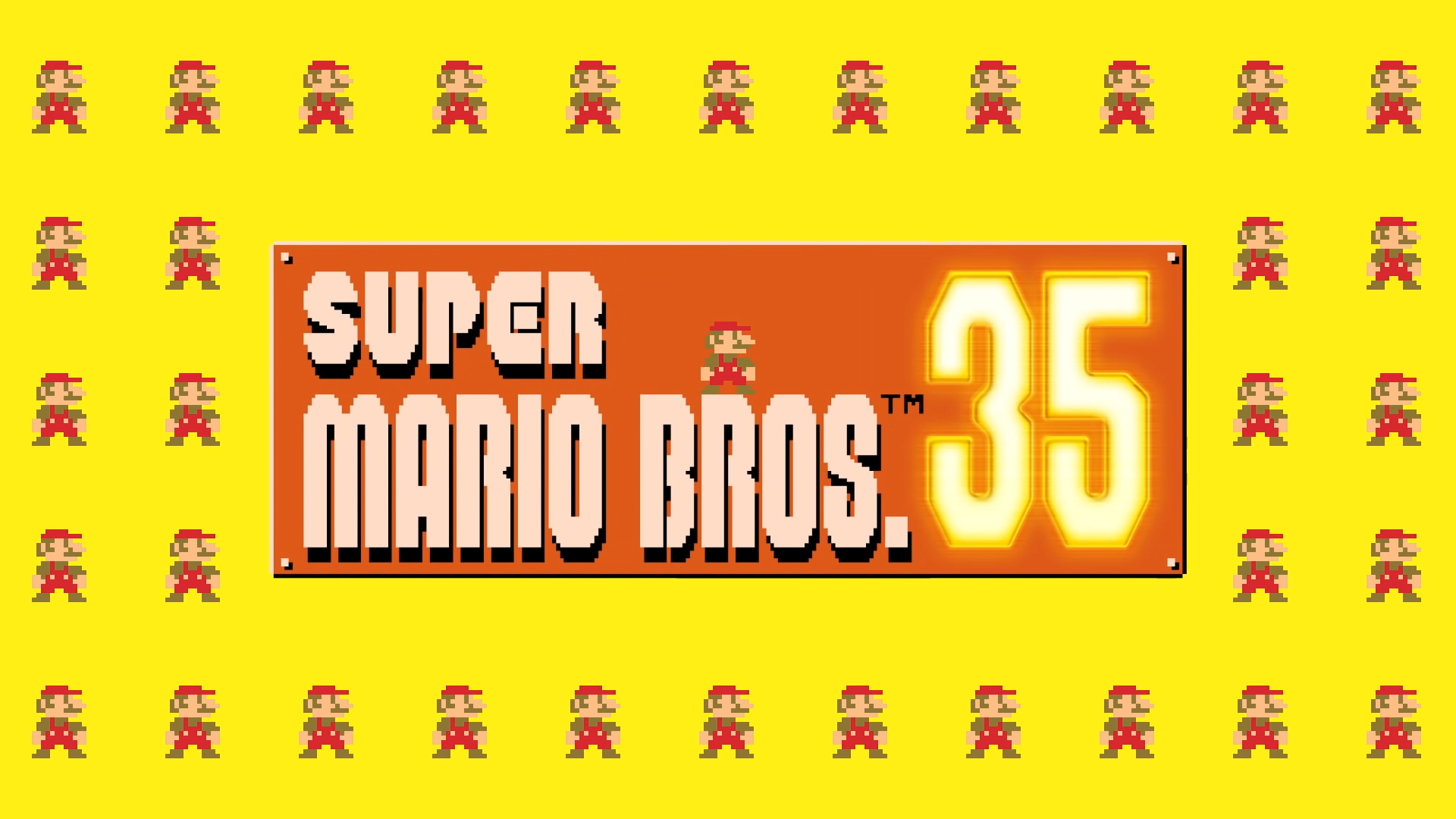 Super Mario Bros. 35 is taking players back to 1985 and the original 8-bit platformer that started it all. There's slightly more to this game, however, than simply running through Super Mario Bros. like normal. There are a few things that you should know heading into this, especially if you're just starting out. Or maybe you're a younger player who has never played the original Super Mario Bros. prior to this. So for those people, Shacknews has some beginner tips to help you ride to victory.

1. Grab a Fire Flower ASAP and don't stop grabbing them!

The key to victory in Super Mario Bros. 35 is making sure you're adding to your timer. Defeating enemies is the surest way to do this. You can add time in greater amounts by stomping enemies in succession without hitting the ground or by lobbing a shell at chains of foes. But keep in mind that the timer maxes out at 400 seconds. So once you hit your max, you're basically going to want to use your Fire Flower.

The Fire Flower clears out almost all enemies, including any that are sent to you by the other players. Don't stop lobbing fireballs whenever you get this crucial power-up. Beyond knocking out Goombas, Koopa Troopas, and Piranha Plants, fireballs are going to clear out enemies that you wouldn't normally be able to take out otherwise. They'll be a huge help against underwater enemies, Hammer Bros., and even Bowser. You'll be happy you have a Fire Flower with you if Bowser ever gets tossed your way and you're in a narrow corridor or he's hanging out on a ledge.

Here's the other thing to note. Even if you already have a Fire Flower, don't skip any blocks that contain power-ups. If you grab a Fire Flower while you're already Fire Mario, it will add 15 seconds to your timer. That's critical when you're down to the final five and the timer begins to speed up.

2. Use Warp Zones to your advantage

Warp Zones work differently in Super Mario Bros. 35 than they do in standard Mario. Instead of advancing players to later worlds, you'll get an option to move to three levels of the player's choice. More often than not, 1-1 and 1-2 will be presented as options. There is no shame in going back to these beginning stages. If you need to add more time to your timer or collect power-ups, going to the easier, more familiar early stages can be a big help. They'll certainly serve you better than going to the platform-heavy 1-3 or the underwater 2-2.

Anytime you hit a flagpole in Super Mario Bros. 35, you get escorted to a random stage. The Warp Zones will remove much of that randomness. If you're unprepared, go somewhere easier to help you get back up to speed. If you are prepared, go somewhere with more advanced enemies and use your power to take them out. Having said that...

3. Avoid underwater levels and castles, if possible, unless you have a Fire Flower

If you hit the end of 1-2 and are presented with a choice of an underwater level (2-2 and 7-2 are the two underwater stages in Super Mario Bros.) or a castle level (any world's '-4'), avoid those if you can. Not only are they more difficult, but they'll have less enemies, meaning you'll have less opportunity to add to your timer.

The obvious exception to that is if you have a Fire Flower. If you have a Fire Flower, the underwater levels will give you a chance to toss Bloopers (who fly in odd patterns on land stages) and Cheep-Cheeps (who fly at the worst possible times near ledges) at your opponents, while castle stages will all have a Bowser. A Fire Flower isn't required to beat Bowser, since you can hit the Axe at the end of the bridge and it'll still send him to another player's game regardless, but it's a big help.

4. Collect 1-Up Mushrooms to give you more shots at the Roulette Block

The Roulette Block is a major element of Super Mario Bros. 35. For 20 coins, players can spin the roulette block and come out with a random power-up. When you're blazing through legions of enemies trying to add to your timer, coins don't become so much of a priority in this game. However, there's a quick and easy way to add to your coin counter: 1-Up Mushrooms.

Everything hidden in the original Super Mario Bros. is still here in this game. That means the invisible 1-Up before the first pit in 1-1, the 1-Up just before the first set of pipes in 1-2, and the 1-Up near the start of 2-1 in the fenced area are all there. And if you collect them, they'll all give you 20 extra coins. That's enough for a spin of the Roulette Block and can be a life saver near the end of the game.

Remember not to use the Roulette Block carelessly. If you're already Fire Mario, you don't need to waste your coins. If you're at the end of a level, don't waste the spin, otherwise you might land on an Invincibility Star and those don't go with you beyond the flagpole. Only use the Roulette Wheel when you're Small Mario or if you find yourself in an underwater stage without the Fire Flower.

5. Start the game with an advantage

If you've played Super Mario Bros. 35 more than once, you've likely stockpiled some coins. If that's the case, don't queue up your next game without giving yourself a bit of an edge. Hit the X button before you start searching for players and you can have Mario start with a power-up for a small fee. Since you're always starting at 1-1, pay a few coins to start off as Super Mario. That means you can hit that first power-up block at the start of the level and become Fire Mario out of the gate.

Having that early firepower can help you build up your timer quickly by shooting enemies, as well as by adding 15 seconds to your timer with that second power-up block. There is no penalty for starting with this advantage, so use your coins and take advantage of this mechanic.

If you're just starting your Super Mario Bros. 35 journey, best of luck to you! If you've been having trouble with this game, we hope these tips will help you. We'll have more to say about Super Mario Bros. 35 in the days ahead, so keep it on Shacknews for all the latest.