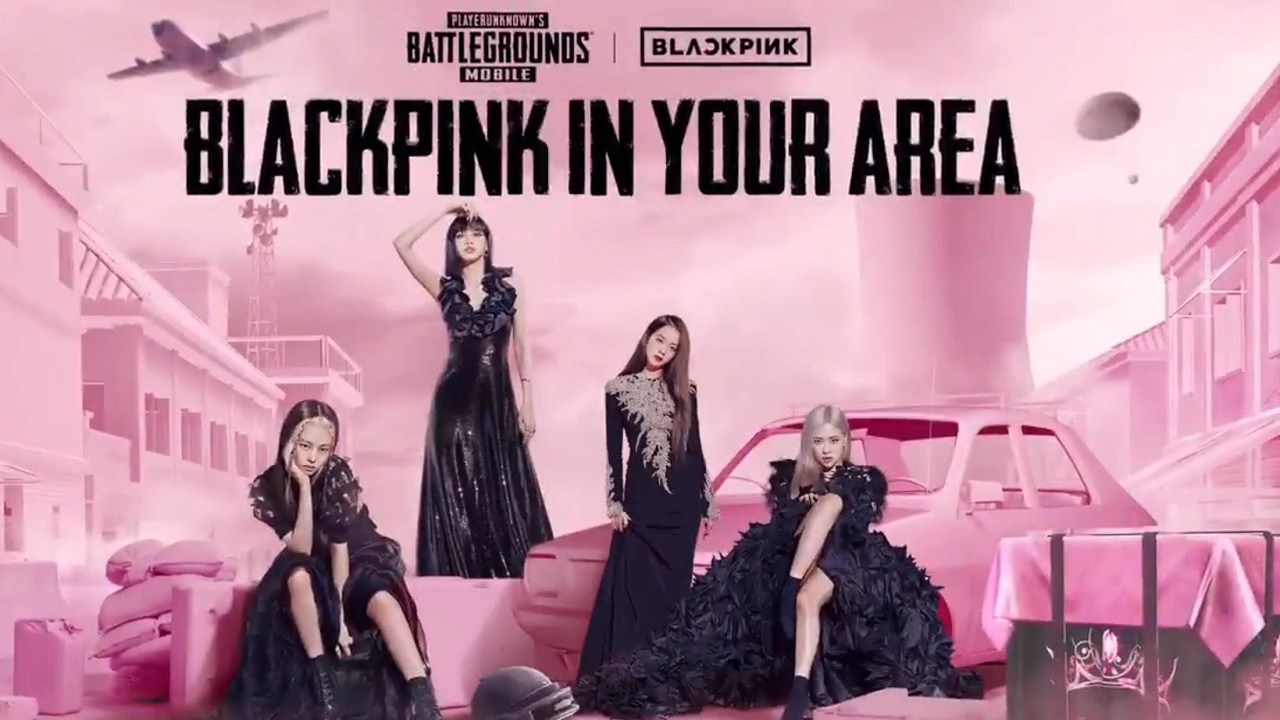 Crossovers continue to add life to ongoing games these days and PUBG is no stranger to guest stars. The game has featured special events including massive team-ups in the pass, quite literally with Godzilla, but this next one could be even bigger. PUBG Mobile’s next crossover brings Korean pop idol group Blackpink into the mix in a new event set to feature in-game map changes and a line of earnable cosmetics related to the musical group.

The PUBG Corporation announced the Blackpink crossover event via the PUBG Mobile Twitter on September 28, 2020. Starting immediately, PUBG Mobile will be featuring Blackpink throughout the game, including cosmetic changes to various in-game features. The drop plane and crates will take on a special black and pink motif and players can find billboards throughout the map featuring the K-pop group. Moreover, for a limited time, players can a special currency in the form of Light Sticks. Earning the most in a region during the event can win you special cosmetics while just earning them in general will grant you special rewards like a battle pass would.

Look up in the sky, it's a bird, it's a plane! 👀@ygent_official @BLACKPINK #PUBGMxBLACKPINK pic.twitter.com/vfiAsPWaLD

The Blackpink Crossover event appears to be in celebration of the group’s ongoing In Your Area tour event. It doesn’t seem to specify a deadline for when the event will end or when players will have to be able to claim cosmetics associated with it, but it seems to be live now in the game nonetheless. As mentioned before, it’s hardly the first crossover event for PUBG Mobile. Back 2019, the game teamed up to do a Godzilla: King of the Monsters crossover event and before that, in 2018, the game featured clothing/lifestyle brand A BATHING APE in another event.

Every one of these events seems to feature a slew of map fun, challenges, and themed rewards to boot, and the Blackpink crossover is no different, so if that’s your thing, be sure to log into PUBG Mobile and get going on the limited edition gear up for grabs now.