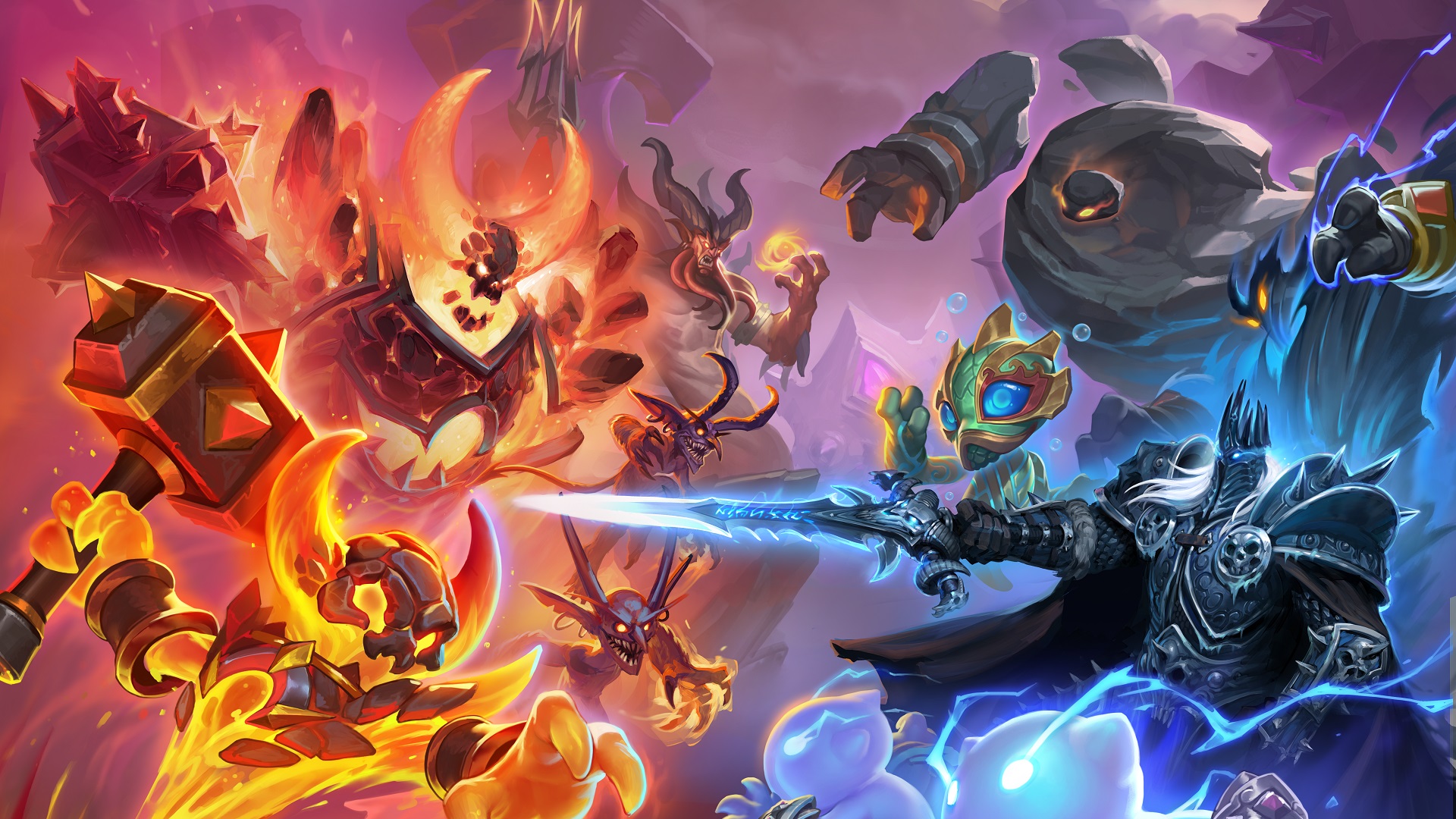 Blizzard looks to have grand plans for Hearthstone in October. Many of those plans revolve around Battlegrounds, which is going to undergo a bit of an overhaul. One of the most noteworthy changes involves the introduction of Elementals into the auto-battling game mode, but that's just the beginning of what's coming to Blizzard's card game.

Yes, Elementals are coming to Hearthstone Battlegrounds and they'll be here much sooner than players may be expecting. They're set to debut tomorrow. Look for more than a dozen new Elemental minions to grace the Battlegrounds arena. Here's what those look like:

On top of that, three all-new heroes will appear in Battlegrounds. Al'Akir, Chenvaala, and Rakanishu will join the playable roster, each with their own unique Hero Powers. Ragnaros the Firelord is also making his Battlegrounds return with a brand new pair of Hero Powers. Check out the quick overview of these heroes below.

Those are some major additions to Hearthstone Battlegrounds, but a bigger change may come through the game mode's ranking system. Battlegrounds rankings will be reset to zero with Tuesday's update. Players can build their ranking back up with Top 4 placements and will not see their rating fall until they've passed 2,000. Rating floors will be in place after every 500 rating points afterwards. A Developer's Insights post goes into more details.

There are also a couple of changes going into Hearthstone's Standard constructed mode. The Turtle Mage deck has been dominating Standard for several weeks, but that deck is now being obliterated with a chance to Tortollan Pilgrim. Likewise, Ramp Druid has been curbed slightly over the previous few updates, but Guardian Animals is being nerfed nonetheless. Here are the changes set to take effect on Tuesday.

That's all the stuff that's coming tomorrow, but Hearthstone has several other events planned for October. Dual-Class Arena will return this week. A special Masquerade Ball Tavern Brawl is planned for next week. The solo player Book of Heroes returns in two weeks and spotlights Hunter Rexxar, while Tavern Brawl will feature a special Boss Battle Royale. And if you're looking to pick up rewards throughout the next few weeks, weekly Legendary Quests will return, starting tomorrow and run for three weeks.