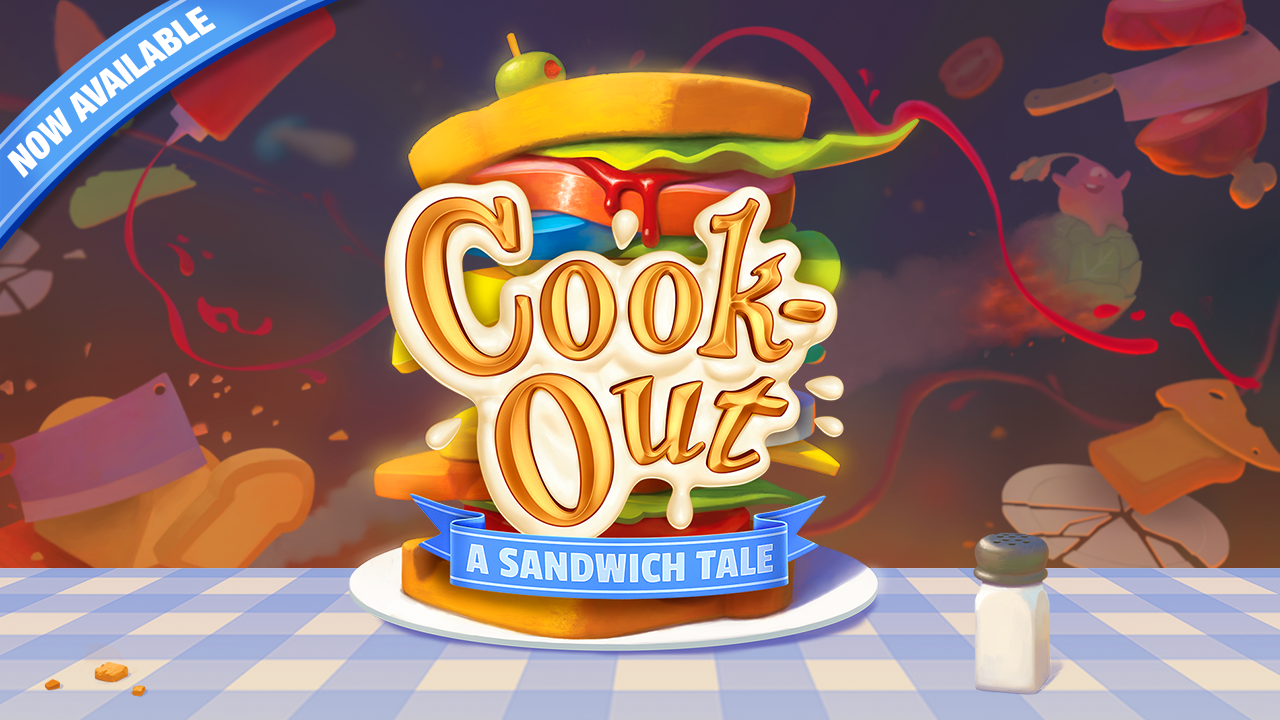 Cook-Out: A Sandwich Tale is a new VR game centered around player cooperation. Up to four players can work together to prepare and serve meals for constantly needy customers. Cook-Out is big on chaos and laughs, and we got in touch with the developers to learn a bit more about the game. We spoke with Gustav Stenmark, a Producer on Cook-Out: A Sandwich Tale for a peak behind the curtain.

Throughout the years there have been several games that have involved cooking and sandwich-making including the classic Burger Time, and more modern games like Cook, Serve, Delicious. Were any of these an influence on you when coming up with the concept for Cook-Out?

I think we can all agree that cooking and food in general is something that people univerally have in common, so it makes sense that there are several cooking games out there. However, the main influence for Cook-Out: A Sandwich Tale was something very close to me personally -- I actually used to be a professional chef! Tommy (Palm, CEO) and I have had this idea in mind for quite some time, so it’s exciting to now be able to share it with everyone in the form of a game that was very specifically developed for VR.

On top of making delicious sandwiches, there's also a fairy tale aspect to the game. Where did the idea to blend the two concepts come from?

It grew organically and in iterations. We started with a few concepts on different settings for Cook-Out and really liked the fantasy/fable setting. We then started concepting the different customers and found out it was easy to match different animal characteristics with fun gameplay quirks. Adding a story came naturally too as we wanted it to feel like a real journey for the player.

What will a typical game of Cook-Out look like? Is there a core game type or will it be chock full of mini-games?

Cook-Out: A Sandwich Tale is a multiplayer VR game that challenges up to four players to work together to serve sandwiches to a forest full of hungry fable creatures, from mice to werewolves and everything in between. Cook-Out’s fairytale restaurant gives each player a different selection of ingredients from which to compile sandwiches for a hungry crowd. No individual player will have everything they need, requiring them to work together to assemble incoming requests perfectly - and in the right order - to keep famished tummies from rumbling. As players progress through increasingly hectic levels, they not only prepare meals but also need to fight off a number of difficult customers who seem absolutely set on making trouble -- like jesters who hide parts of orders, or thieves who keep pilfering ingredients. The game has several hours of content (50 levels spread out across 18 towns), plus an endless mode that can be played over and over. The game play can be quite intense from time to time, so in order to play longer sessions you may need some stamina. While the game is focused on cooperative play, solo players are able to enjoy the experience with the help of one simulated partner, making sure there’s always a team to tackle tough orders and restore the calm to this wild kitchen. The game is highly accessible and inclusive, but there is more to it. Cook-Out: A Sandwich Tale is easy to pick up and learn, but calls for collaboration and strategy to fully master. It’s fast. It’s fun. And it’s messy!

What kind of unique obstacles did you face making this for VR platforms?

We have had the opportunity to work on this title for a while, and that means we have had time to implement a lot of interactions that are not there in many other titles. Most things in the game and its environments can be picked up or interacted with. For example, not only can you put ketchup on the sandwich, but you can have fun and start a food fight by squirting one of your fellow chefs.  We realized early in development that having a virtual food fight between rounds was (almost) as fun as the rounds themselves. But a really unique aspect of this game is how fast a disciplined team playing a good round can fall apart quickly in a hectic kitchen. Part of the challenge of creating such a game with all of these details (some subtle, some not-so-subtle) was making sure they didn’t get in the way of the game. When showing Cook-Out to people, it can be really challenging to even communicate with them within the first few minutes because there are so many things to explore.

What is your perfect sandwich? Please describe it in intricate detail.

Ha, well it depends on if you’re asking me as a person or as one of the characters in the game. In the game, each of the characters have very specific preferences on what they like in a sandwich. For example, the rabbits just want their food fast. The felines are only satisfied if the sandwich is assembled perfectly. The werewolves will ask for tall stacked sandwiches, and the players have to complete the first part of an order for the rest of it to appear. That’s one of the intricacies of the game - not only do you have to be quick, you also have to cater to the preferences of each customer.

As for me, I’ll take a simple ham and cheese sandwich any day, maybe a Reuben if I’m really hungry.

If Cook-Out: A Sandwich Tale seems like something up your alley, the game can be purchased in the Oculus Store for $19.99 USD.