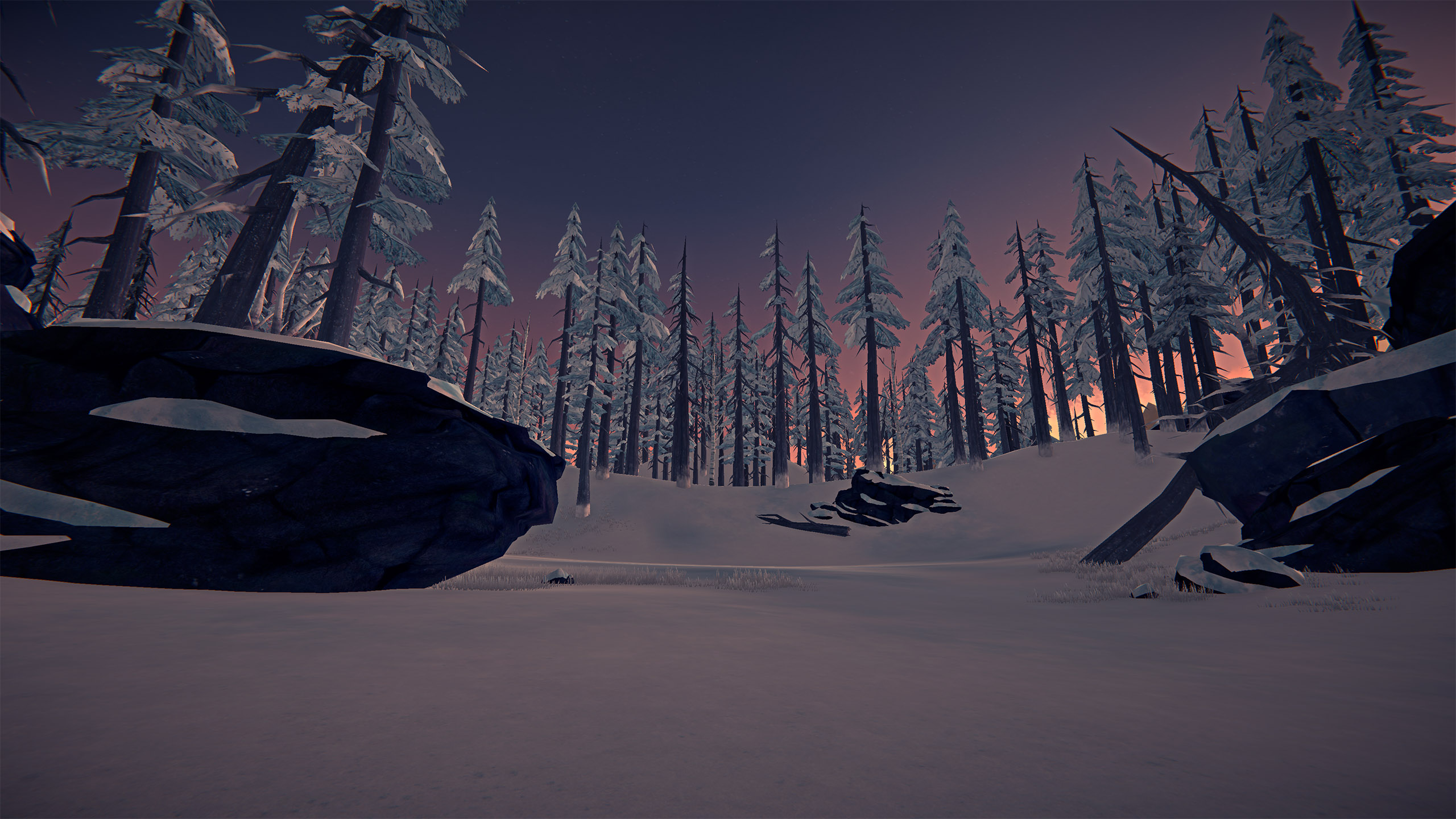 The Long Dark is one of the best survival games available to play today and was released on PC, PS4, and Xbox One several years ago. Finally, though, this thoughtful survival game has made its way to the Nintendo Switch. After more than 860 hours in the PC version, I was excited to get some time with the game on Nintendo’s portable console to see how it stood out against more powerful platforms.

The Long Dark features both a story mode and a survival sandbox mode. Whichever players choose, the idea is the same; a geomagnetic storm brought your plane down in the northern Canadian wilderness. When you wake up, you find yourself facing harsh conditions with little gear or understanding of how to survive. The story mode will help players get acquainted with the ins and outs of the mechanics, but the sandbox is like Mother Nature herself; it does not care if you are ready or what you know, it’s coming to kill you. The Long Dark also features several bite-sized challenges that place players in specific scenarios, but my focus today won’t be on the content as much as it will be about how The Long Dark holds up on the Nintendo Switch specifically.

As a PC player used to mouse and keyboard, I started on the game’s lowest difficulty, Pilgrim. I wanted to walk around and explore without fear of being eaten by wolves or mauled by bears, which are both very real possibilities in The Long Dark. I was pleasantly surprised with how smooth the game was on my Nintendo Switch Lite. I didn’t notice any hiccups or frame rate issues. At no point did I face any crashes, bugs, or errors that would suggest the game struggles to run well on the system.

It was a bit of an adjustment getting used to using buttons, bumpers, and analog sticks to play, but folks that use their Nintendo Switch frequently will have no trouble. Everything is mapped in a logical way and it didn’t take long before I no longer needed conscious thought to find the right button to reload, navigate my backpack, or quickly check my vitals as I was walking about. The only issue I had with the controls was aiming. I found it nearly impossible to aim effectively with both the analog sticks and the motion controls. Adjusting the sensitivity provided only a little relief.

The Long Dark retains its overall beauty and charm on the Nintendo Switch. It looks and feels like the quiet apocalypse and is a genuinely pretty game on Nintendo’s portable console. The issue is with the size of the screen on a Nintendo Switch Lite specifically, which cannot be played in docked mode and has a smaller screen size than the standard Nintendo Switch.

From my first steps, I struggled to identify important details in the game world. Outside, it was difficult to see animal carcasses and landmarks. I was unable to make out the entrance to a nearby cave even as I was staring directly at it. Players who don’t know the game world will overlook things. That happens on PC, too, but not up close. This is also part of what made it difficult to aim effectively. It was tough to make out the details on animals in close proximity. I was never able to find the first or second deer I wounded and would have walked right by the carcass of the third if not for the crows circling it overhead.

Inside, I found that normal brightness settings were too low, and I had to adjust both the Nintendo Switch Lite directly and the in-game brightness. After looting the Camp Office, one of the best-known locations in the game, I returned with jacked up brightness and found I’d missed no less than 10 pieces of loot, including a gas canister. Interiors can be dark, but this was extreme and was likely due in part to the size of the screen.

In the end, I was able to work out the brightness issues, but the screen size remained a hurdle for me. The game is still beautiful when you’re looking at the big picture, but players may struggle with some of the finer details. Consider this a caution to anyone who owns the Lite, as I expect things will be fine on the regular Switch, in both handheld and docked mode.

I think it’s important to take context into consideration with any game brought to the Nintendo Switch family of devices which was not designed specifically for them. The best way to play The Long Dark is on PC. That is never going to change. I’m probably never going to increase the difficulty on Switch past Pilgrim, mostly because it’s tough for me to transition from mouse and keyboard to a handheld device. I think Hinterland could work on some visual accessibility for the Nintendo Switch, and if I’m being honest – I can’t believe I’m saying this – I wouldn’t hate some type of auto-aim even if it was only for the Switch version.

All that aside, The Long Dark belongs on the Nintendo Switch and I won’t stop playing it any time soon. I’ve played in bed to wind down, on calls for work, while watching the NHL playoffs, while waiting for my burgers to cook on the barbecue, and in one other location we all use our phones and portable consoles that we don’t like to admit. It will never offer the same visual quality as the PC version, but the PC version will never be as portable as the Switch version. Hinterland has done justice to The Long Dark with the Nintendo Switch version, and now I’ve always got the quiet apocalypse in my pocket.

These impressions are based on a Nintendo Switch download code provided by the developer.