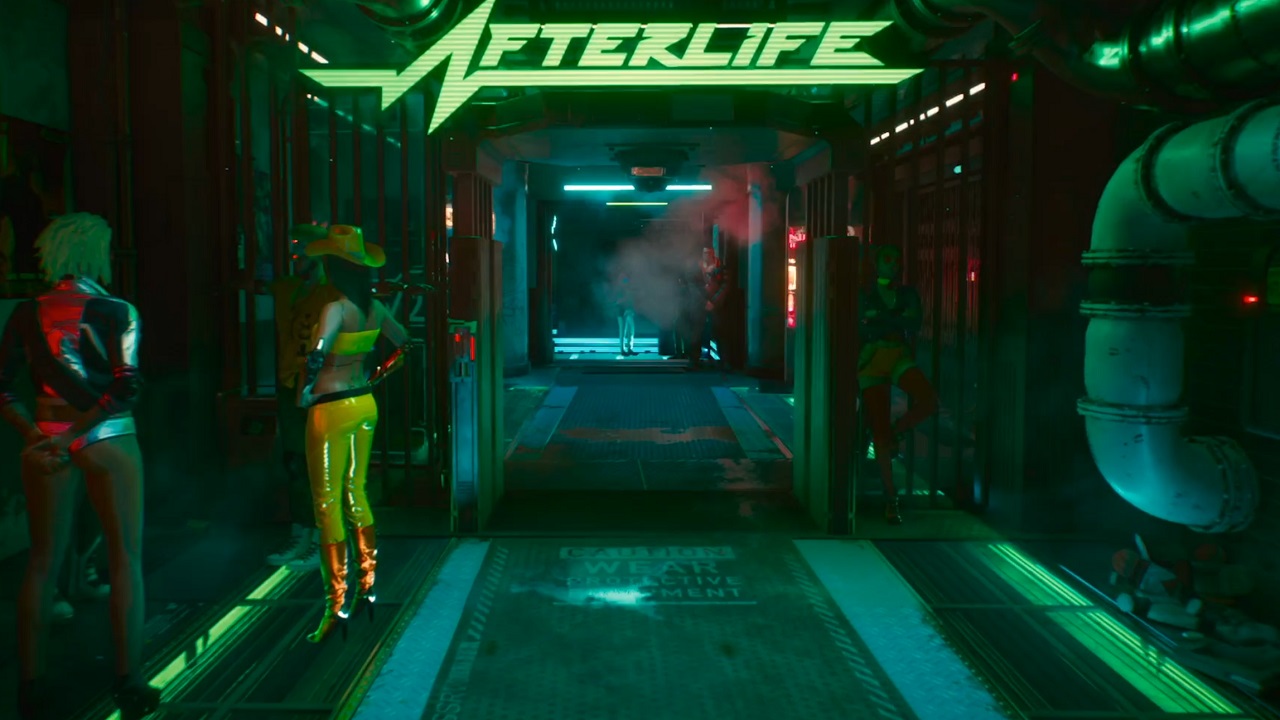 As an Afterlife Merc in Cyberpunk 2077 you can work for gangs, but not join them

On the latest Cyberpunk 2077 Night City Wire livestream, we learned a lot about the gang factions in Cyberpunk 2077, but there was a little extra detail about our own character that stood out. Many likely wondered if we might be able to join a gang faction in our playtime. Unfortunately, the answer seems to be no. As a Merc that’s part of the Afterlife group, we can work for gangs, but none of them will trust us enough to make us a part of the Tiger Claws, Valentinos, or other groups.

The Merc aspect of your character was discussed between trailers and reveals on Cyberpunk 2077 Night City Wire Episode 3 on September 18, 2020. We got a lengthy look at many of the gangs that would play a part in Cyberpunk 2077’s power struggle for control of Night City, but when asked about whether or not we’d be able to join with the roided out Animals or the enigmatic Voodoo Boys, Senior Level Designer Miles Tost explained that as a Merc working with the Afterlife group, we can take jobs from many of the gangs, but none of them will trust us enough to let us join.

It’s a bummer that we won’t become full-fledged besties with The Mox or Wraiths, but it also leaves us open to continue to work with the various factions throughout the game up until we make them so mad they might try to shoot or stab us on sight. It also makes sense that as a Merc and member of the Afterlife group, we sort of already have a gang, not to mention wanting to keep our options open for the best business opportunities.

Be sure to check out more interesting reveals from the Cyberpunk 2077’s Night City Wire Episode 3, including a fresh look at gameplay in the Postcards from Night City trailer.