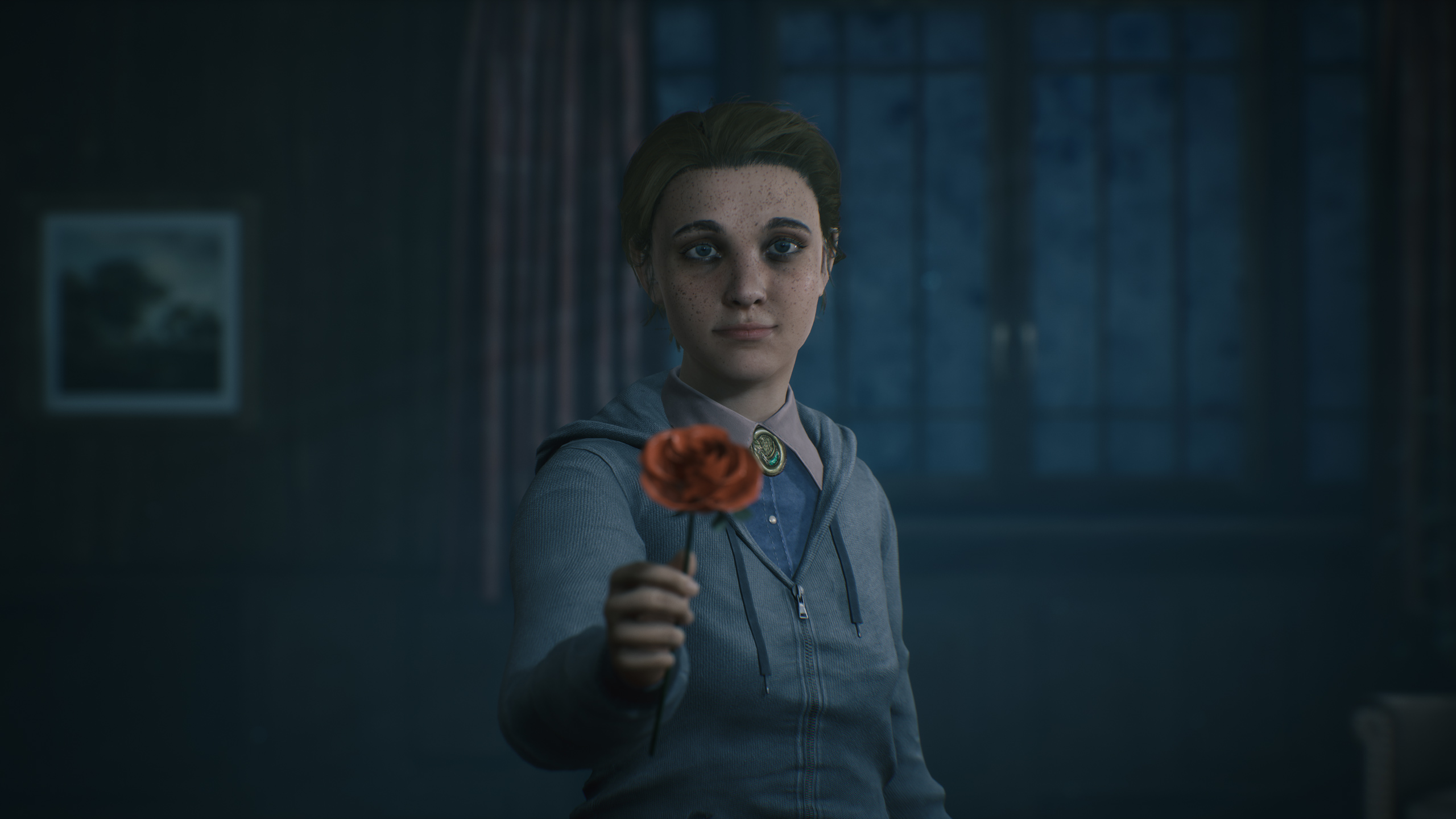 Remothered: Broken Porcelain is a horror survival game currently in development by Stormind Games, created by Darril Arts, and published by Modus Games. The tale follows the story of a couple of characters, some of which may be familiar to those of the first game. I recently got my hands on an early build of Broken Porcelain, which gave a brief look at the horrifying inn, some gameplay elements, and pieces of the story.

As mentioned above, the story in Remothered: Broken Porcelain follows the early life of Jennifer, a character some will be familiar with from Remothered: Tormented Fathers. Players will take on the role of a young Jennifer as she looks to survive the Ashmann Inn and, hopefully, eventually escape.

The preview kicks off with a recap of the events from Remothered: Tormented Fathers, the game’s prequel. While it was a wall of text in the preview build, the developers promise a full cinematic experience, outlining the story of what happened previously. This should get new players up to speed rather quickly, and help them understand the sticky situation they’re about to find themselves in.

Gameplay in Remothered: Broken Porcelain is that of a third-person survival horror game, where hiding from the enemy is just as important as (if not more so than) attacking. There’s a special focus on scavenging for items, crafting helpful aids, and solving puzzles.

The majority of my time with Broken Porcelain was spent creeping silently through the Ashmann Inn, trying desperately not to rouse the matron, who had gone a tad bit insane. Depending on the flooring you walk on, the sounds of your footfalls will differ. Hard floorboards will make it easier for enemies to hear and track you while soft and thick carpet will let you move faster while still keeping you nice and quiet.

One puzzle I encountered in Broken Porcelain was a locked safe that had no power. In order to crack it open to get the key I needed, the power had to be returned to the inn. A quick trip to a fuse box and a simple quick-time event later and the power was back on. But, alas, the combination was unknown.

Thankfully, the safe had a number I could call for assistance. I had to creep silently into the same room as the matron and use the old rotary phone which resulted in an automated message telling me how to reset the safe. Another crouch-walk down the long halls and I was back, opening the safe and heading out onto the balcony.

In terms of the horror element, Remothered: Broken Porcelain leans into the psychological horror while also utilizing jump scares. Creeping around the dimly lit inn as you try to avoid your stalking enemies certainly ups the heart rate. As for the jump scares, they’re accompanied by high-tension string pieces to really hammer home the shock of the moment.

Because you are playing as a little girl, there’s not a whole lot you can do to defend yourself. Attacking an enemy is limited to throwing makeshift devices to stun them or, if you can get up close and personal, attacking with a little knife if the moment is right.

A few of these critical moments are handled by quick time events. For instance, if you’re hiding in a closet and a stalker approaches, a little mini-game of keep the circle in the bigger circle will pop up. Slip out of bounds and Jennifer will be wrenched from her hiding spot. The same holds true if the enemy manages to see you slip into that wooden trunk at the end of the bed.

The preview build of Remothered: Broken Porcelain gave a brief insight into where the story may be heading. In a short cinematic, a certain Ms Reed is seen talking to a Mr Ashmann in a bid to learn more about the disappearance of Celeste Felton. It seems as if players will be learning about Celeste through Ms. Reed’s eyes while trying to survive as Jennifer in the haunting Ashmann Inn.

Remothered: Broken Porcelain looks to continue the harrowing story players experienced in the first game back in 2018. Thanks to the setup and the narrative that’s being told here, new players should find it easy to slip right in and experience the horrors for themselves. Remothered: Broken Porcelain is scheduled to release on October 20, 2020, on PC via Steam, Xbox One, Nintendo Switch, and PlayStation 4.

Medal of Honor: Above and Beyond multiplayer hands-on impressions
Login / Register