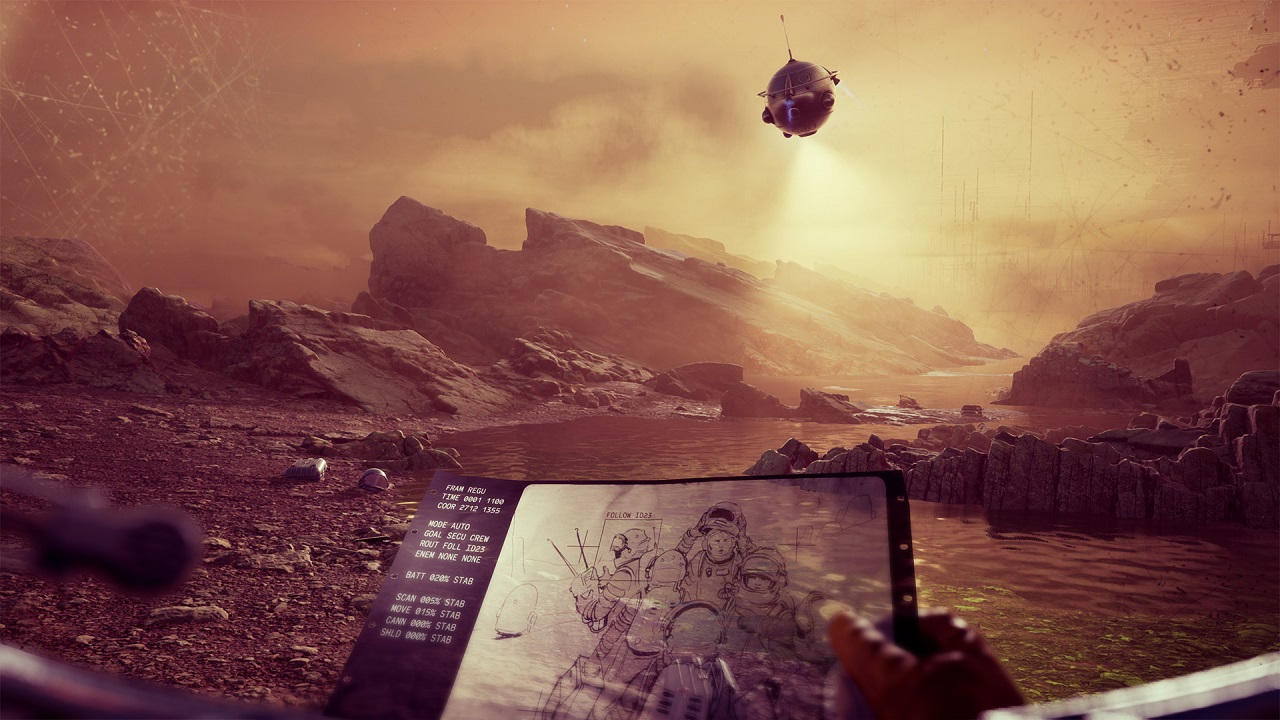 The Invincible is a novel by author Stanislaw Lem that saw a crew of astronauts land on the planet of Regis 3, thought to be barren. It turns out to not be so lifeless. Considered a rather well-crafted story, it's being adapted to an upcoming game by newish studio Starward Industries with former hands from the likes of Witcher, Cyberpunk, Dead Island, and Dying Light on deck.

The Invicible appeared pretty recently on Steam, as well as on studio Starward Industries’ website. The Polish studio is led up by Marek Markuszewski, who had his hands in the likes of production support in the base game The Witcher 3: Wild Hunt, as well serving as product manager and producer on its Blood and Wine DLC. Markuszewski is aided by a wealth of talent from CD Projekt RED and Techland, with fellow developers who have experience in many of the flagship franchises associated with those studios under their collective belts. The Invincible is the first effort from the young studio and it takes aim at retelling a distinctly non-linear sci-fi retro-future narrative from its popular and fellow Polish source.

The game is looking to be an exploratory adventure with a sense of dread under the surface as players take on the role of an astronaut aiming to discover the secrets of Regis 3 and the fate of their crew. “Soon you’ll discover that Regis III holds terrifying secrets which are uncovered while you’re piecing together the fate of your crew,” the Steam description reads. “And as you delve deeper into the mystery, you realise that perhaps you are not alone, and that some places like this planet are better left untouched.”

The entirety of the game instills a sense that we’ll be thoroughly searching this interesting planet, but also that incredibly dangerous and probably space-suit soiling forces lay in wait. We at least can tell from the screens that there’s a none-too-friendly-looking spider robot to hurriedly navigate around. All of this is punctuated by a soundtrack that Starward teased, instilling a sense of works like Blade Runner and Dune. You can hear the tease from the soundtrack below.

“A large part of interaction will include radio comms, sometimes dense, even tense at times, often intimate, closely related to the unfolding events – in that way The Invincible can remind of Firewatch,” Markuszewski told PCGamesN. “On the other hand, in terms of gameplay and atmosphere, the closest game I can think of is Alien: Isolation. Among tens of games which we’ve researched while working on The Invincible’s concept, these two titles combined perhaps represent the best of what our game is going to offer.”

We know full well that just because a talented group of people comes together doesn’t automatically mean gold. But Starward Industries’ early unveilings of The Invincible at least look promising. If you’re looking for a good sci-fi adventure to follow, this may be well worth your time. Stay tuned as we watch for more details and information on the game.