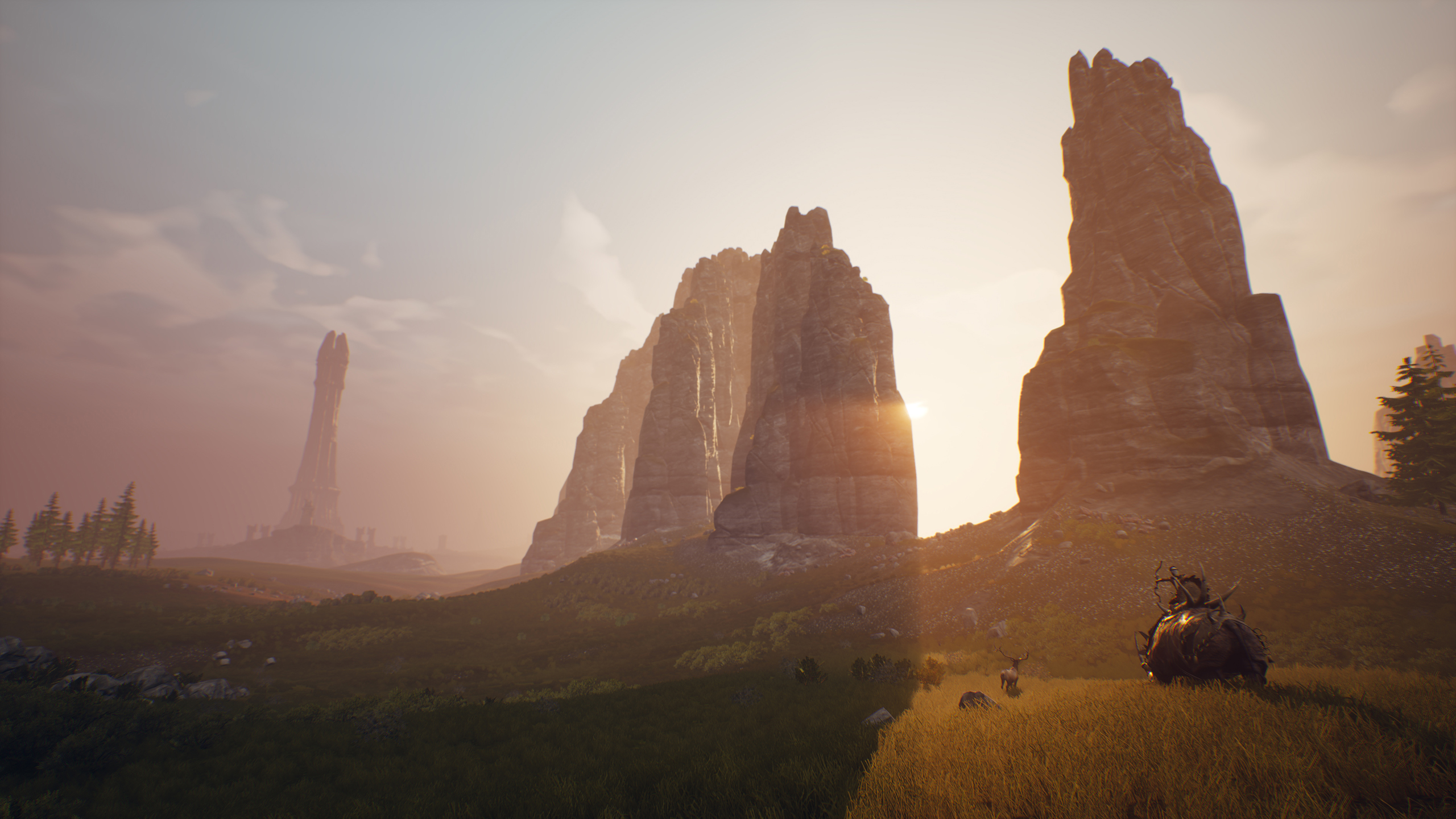 A couple of years after the game landed on consoles and PC, Conan Exiles is back to wrap up 2020. This time around, it brings along a whole new world to explore and conquer. Much like the year 2020, Conan Exiles: Isle of Siptah will hang a dark, ominous cloud over all that you do. Thankfully, this cloud is just part of a video game and can’t literally hurt you the same way that this cruel year has.

I was very impressed with the initial release of Conan Exiles. In my review, I fawned over its simple mix of survival game tropes intertwined with the Conan universe and the delightful splash of creative freedom. For those unaware of how Conan Exiles works, just imagine Minecraft, except with a heavy focus on slavery, satisfying combat, and the ability to hang dong (or other bits).

The Isle of Siptah kicks off on an entirely new landscape to explore. Your new character will wash up on the shores of Siptah with nothing more than a simple loincloth covering your privates, or even less, should you play on a server that allows nudity. Much like the original game, you must find a way to scrape by with the crudest of tools and weapons that you fashion out of sticks and rocks. You must secure sources of both drinking water and food in order to survive. Also, there will be what seems like a never-ending supply of insane monster dogs that are eager to tear you into shreds. Imagine the last day of Panama City Spring Break, but with shipwrecks.

Should you and your posse (you absolutely need to play this with friends for the maximum fun factor) escape the treacherous beaches, you will get a chance to settle inland and set up a rudimentary dwelling to keep the monster dogs from eating you. Harvesting resources and cracking dog heads will accrue experience points that are spent on character attributes such as strength and stamina. Points will also be granted for unlocking Feats, the crafting skill tree at the heart of Conan Exiles. The overall process for progression remains unchanged from the base game, but the amount of items you can craft and use has increased with the Isle of Siptah expansion. The first change returning players will notice is the ability to erect structures using flotsam from shipwrecks. These structure parts are similar to the basic blocks but require much less stone.

There are four main spawn points located on the corners of the island. The danger factor increases as you move towards the center of the island and the expansion has a wide range of new monster types to deal with from simple wild pigs to hulking Lovecraftian beasts. You will come across caves as well as dungeon vaults, which are new for Isle of Siptah. These are somewhat reminiscent of the tombs sections in the Tomb Raider games and require players to solve puzzles in order to complete (in addition to the monsters that must be slain).

The Tower of Siptah sits in the center of the island and above it a large storm surges, darkening the skies and emitting a bloody red veil of light. Once you decide to start loitering within the reaches of the storm, it will spawn in monsters from some other dimension that always seem to be perturbed. If you have planned ahead and brought along fancy hand-crafted armor and weapons, you should be able to survive most of these encounters. Dispatching these storm creatures is the only way to gather one of the expansion’s new resources. You will need it to craft the new armors and weapons arriving with the Isle of Siptah.

Unlike the original game map, you won’t find a bunch of humanoid NPCs waiting around to get clubbed and forced into slavery via your Wheel of Pain. Instead, you’ll need to reach surges of sorcery that spring from the Tower of Siptah. These will deposit NPCs and monsters from the void into your world. Should you defeat the monsters and remember to use your slave club and slave-dragging bungee cord, you’ll be able to drag these unlucky folks back to your Wheel of Pain and then transfer them to eternal servitude working as your personal cook or blacksmith. Like the base game, attaching high-level slaves to your crafting stations will allow some of the best equipment in the game to be crafted.

Once you have the means of production working in your favor, the ability to create the Hyborian palace or city is at your fingertips. You will be able to earn access to building pieces that resemble Siptah Tower itself, in addition to the other building sets. You can also go full-blown Swiss Family Robinson and build an elaborate orgy pad way up in clusters of giant redwood trees. The world, or in this case the island, is truly your oyster. At least until other random players on your server decide to spill blood and come take it from you by force. Maybe you should attack them first?

Hear the lamentations of your co-op buddies

During my time playing through the earliest parts of the Isle of Siptah expansion, I came across a variety of new environments, beasts, and crafting items that offer a welcome injection of variety to the base game. While I did not see them myself, the promise of war rhino mounts leaves me rather stoked to claw my way further into the island. The prospects look promising for fans of the base game. If you’ve never played before and are interested, this may be the time to consider enlisting in the Conan army. The only thing missing from my playtime was all the nakedness as nudity was disabled on the preview server. I am making a firm promise that no pants will be allowed in my clan when Conan Exiles: Isle of Siptah launches into Steam Early Access today.