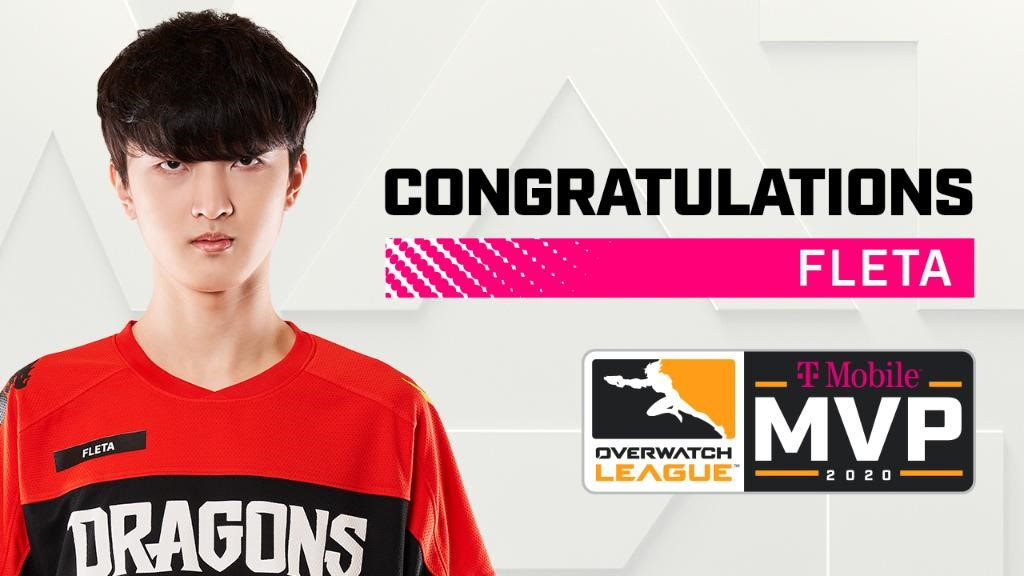 As the Overwatch League continues through the postseason, Blizzard is handing out its most prestigious regular season award. There have been only two MVPs for the three-year-old Overwatch League and now Byung-sun "Fleta" Kim joins the club. The Shanghai Dragons' star DPS player was awarded MVP honors during Sunday's Overwatch League broadcast.

For those who haven't been paying so much attention to the Overwatch League since COVID-19 turned the world upside-down, the Shanghai Dragons have spent all of Season 3 proving that they are not the jokes of the league anymore. A big part of that reason is because of Fleta, who joined the team from Seoul during the offseason. Fleta helped lead the Dragons to a league-best 27-2 record behind staggering statistics across a number of heroes. Fleta's proven himself able to constantly adapt to the changing meta, picking up characters like Tracer, Genji, Echo, and others whenever the situation calls for it and excelling with all of them. According to ESPN Esports, Fleta placed fifth in Final Blows with 1,084, Final Blow-to-Death ratio with 2, and Eliminations with a whopping 2,529.

Fleta has been such a strong player over the years that Blizzard literally named a stat after him. As defined by the Overwatch League Stats Lab, a Fleta Deadlift is where "a player accounts for 50% or more of their team’s final blows in a map." It also notes "Fleta Deadlifts are tracked by their 'Size', corresponding to how close the player comes to the 50% target of the team’s final blows. The player earns a 'Full Deadlift' when they reach a size of 100% in a map or match win." Fleta himself was one of nine players to achieve this feat this season, having accomplished it in a 3-0 sweep against the London Spitfire earlier this season.

"I think the MVP is the hardest award to receive in (the Overwatch League), and that's so meaningful to me, because it’s picking the best player of all the players in the league," Fleta said upon receiving the award. "It was an honor to even be nominated, and then to get it. I'm just really happy to be recognized for my hard work."

Fleta continues to do work for the Dragons, leading through the Asia playoffs and helping Shanghai advance to the Grand Finals set. Up next for the Shanghai Dragons is that Grand Finals set, where they will face Fleta's former team, the Seoul Dynasty.