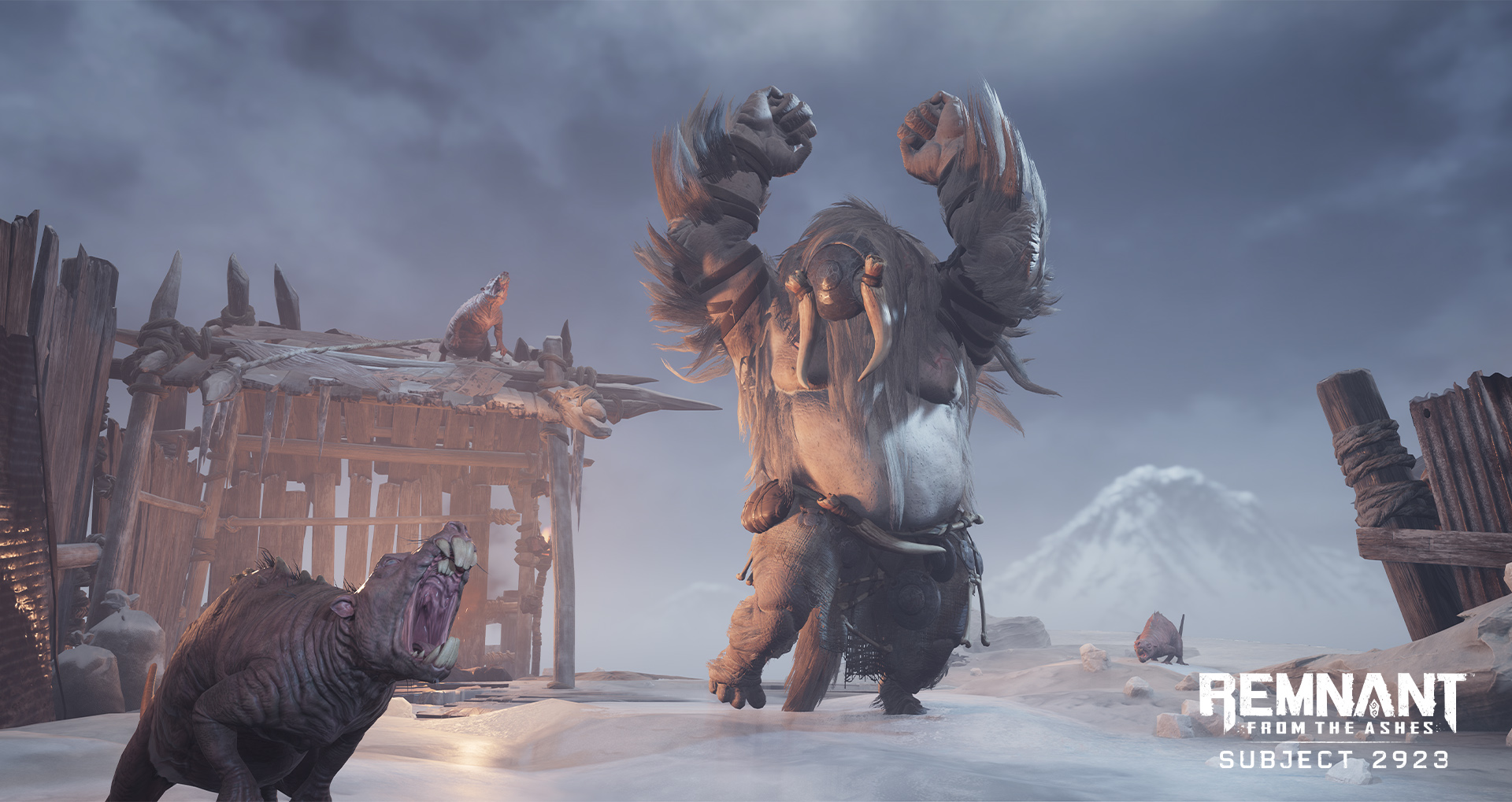 Since its release in 2019, Remnant: From the Ashes has continued to be a worthy entry into the Soulslike pantheon. Each update Gunfire Games’ has released, whether small tweaks to address weapons and trinkets or large DLC releases, has improved what is an already fantastic experience. And now, players have the Subject 2923 DLC to enjoy, the final jewel in Remnant’s crown.

Subject 2923 looks to finish off the story of the Root, a narrative thread that started back at Remnant’s release. Players will be taken to a new location on Earth, a creepy new Ward, and finally a snowy mountainous region on a world called Reisum.

The goal of this expedition is to find out where the Dreamers came from, how they’re connected to the Root, and ultimately, rid Earth of the Root for good. As we’ve come to expect, this won’t be easy, and there are plenty of new enemies, bosses, and threats that will do everything in their power to stop the player from reaching their goal.

In terms of story, Subject 2923 is laden with bits of lore to read, as well as a few cutscenes where the main character talks with key individuals.

One of the most striking elements of Subject 2923 is the environments and the visuals therein. Though it may only be a small area, the farmstead on Earth has this moody Louisiana bayou feel. There are sad willow trees drooping down, moonlight bathing the area in a pallid white blue, and decrepit buildings falling apart. It’s a fresh change from the haze of the city streets, the burning black sun of Rom, or the twinkling faery appeal of Yaesha.

As for Reisum, its snow-covered terrain rounds out the palette and is a treat to fight through after the bubbling and brackish swamps of Corsus. The environment also plays a part in the combat, with snow swirling around, obscuring your vision as you try to take down the new rodent-like enemies.

Reisum also features fights across icebergs, with chilly water waiting below to swallow you if you so much as roll the wrong direction. It feels like fighting at the edge of the world, as if I’m about to bump into the Night’s Watch as I try to take down another monstrously large rat-man.

Overall, the environmental team at Gunfire Games have done an incredible job at bringing these new locations to life. Every world feels markedly different from the other.

As for the gameplay, it’s still the frantic and intense combat Remnant fans have come to love. The new environments are a treat to fight through, though there is one interesting outlier, and that’s Ward Prime.

The time spent in Ward Prime manages to shake-up of the usual combat pacing. Instead of outright fighting, players are encouraged to avoid attacking the ethereal beasts that haunt the halls. The main goal of this section is careful timing and puzzling solving, as you try to quickly work your way through the labyrinth to reach a central area.

The design itself is clever, as the central area is almost always in view, but out of reach. It ties the player to the purpose of why they’re in the Ward. And while it could be easy to get lost in the corridors, the crimson glow of the Root acts as signposts, helping lead players along a path. It’s a great palate cleanse from the usual chaos of combat.

But we’re all here for new bosses to fight, weapons to unlock, trinkets and rings to ponder over, and mods to experiment with. Subject 2923 delivers on all fronts. The new bosses are a pleasant fight on Normal and a brutal challenge on harder difficulties. The new weapons, mods, and trinkets will have players spending more time tinkering with builds and probably trying out new ones.

Survival Mode, Remnant’s roguelike activity that every Soulslike game should have, has also received an update with Subject 2923. The Reisum location has been added, along with new rewards to unlock. There’s really not much more to say about Survival Mode that hasn’t already been stated. The new enemies, locations, and unlocks add more meat to an already tantalizing game mode.

Players will be pleased to hear that Adventure Mode has also been updated to include Reisum. This will allow users to replay the area in a bid to get any bosses and gear that did not spawn for them during the campaign run.

While Subject 2923 might not be as game-changing as the Swamps of Corsus DLC with its Survival Mode, what it has brought to Remnant is a sense of closure. Not only is the main threat and narrative of the base game acknowledged, the new areas round out the experience, offering players a great diversity of locations to visit in both the campaign and Survival Mode. Remnant: From the Ashes, Swamps of Corsus, and the Subject 2923 DLC will go down in the annals of history as a superb addition to the Soulslike family.

These impressions were based on a PC Steam release. The game was provided by the publisher. Remnant: From the Ashes’ Subject 2923 DLC is available on PC, Xbox One, and PlayStation 4 on August 20, 2020.