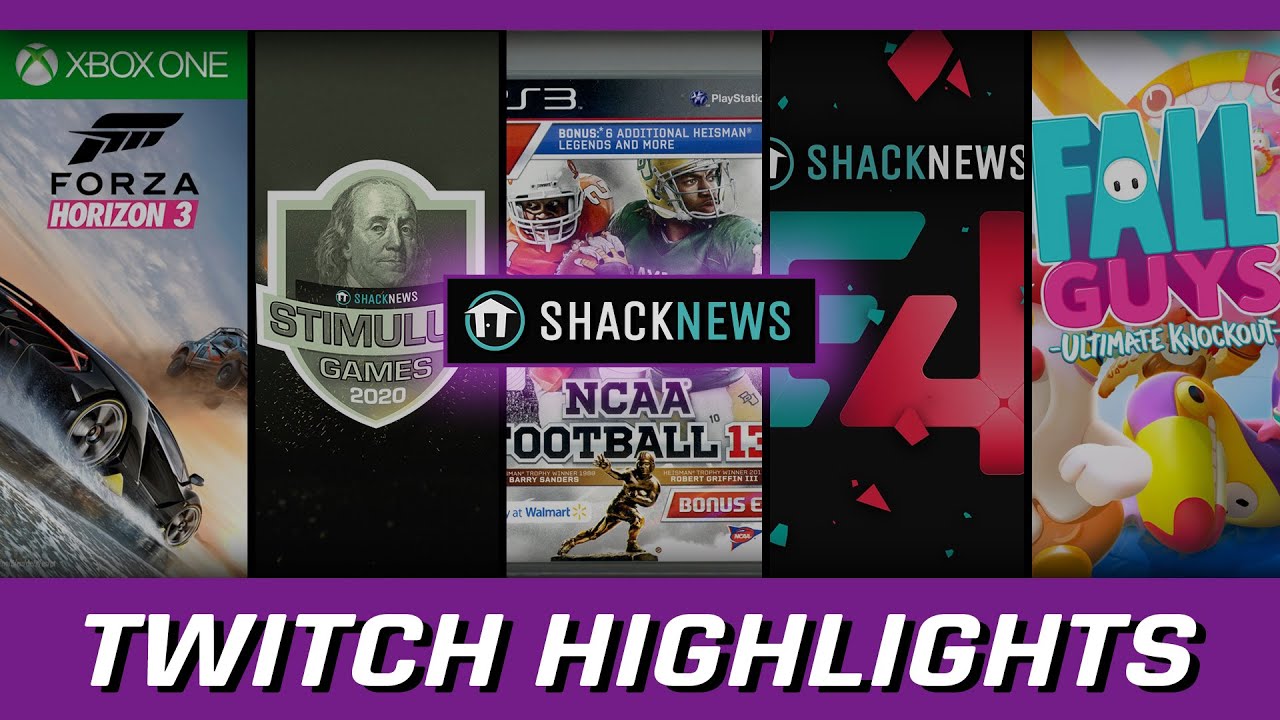 We stream almost every day of the week here at Shacknews. From fun let’s plays to insightful discussions about the gaming industry, there’s quite a lot of content to consume over on our Twitch channel. So much content, that we edit the can't-miss moments into a snappy video that we like to call Shacknews Twitch Highlights. This week’s episode features Fall Guys and the Shacknews Stimulus Games, as well as our memorial for Forza Horizon 3.

Forza Horizon 3 was one of Microsoft’s biggest releases of this generation. Initially released in 2016, this racing game was one of the best titles available for players on both Xbox and PC, only to be surpassed by recent installments in its own franchise. It was recently announced that Forza Horizon 3 would be reaching “End of Life” status, meaning the game would no longer be available for purchase on digital storefronts. To commemorate, our own Chris Jarrard streamed some Forza Horizon 3 so that its final days would be something special.

Next up is Fall Guys: Ultimate Knockout. The little indie that could, Fall Guys has taken the gaming world by storm, posting record download numbers, as well as enjoying a spot atop the most viewed games on Twitch. We here at Shacknews have also been falling for Fall Guys, and News Editor TJ Denzer chose Mediatonic and Devolver Digital’s last-man-standing tournament game as the subject for the latest indie-licious livestream.

If you enjoyed this episode of Shacknews Twitch Highlights, subscribe to our YouTube channel for more videos. To catch these shows live and in their entirety, be sure to follow us on Twitch. If you really like us, and want to support the streams, you can subscribe to the Shacknews Twitch channel. Have an Amazon Prime account and don’t want to spend your own cash? We’ll gladly take Jeff Bezos’ money via a Prime Gaming subscription.