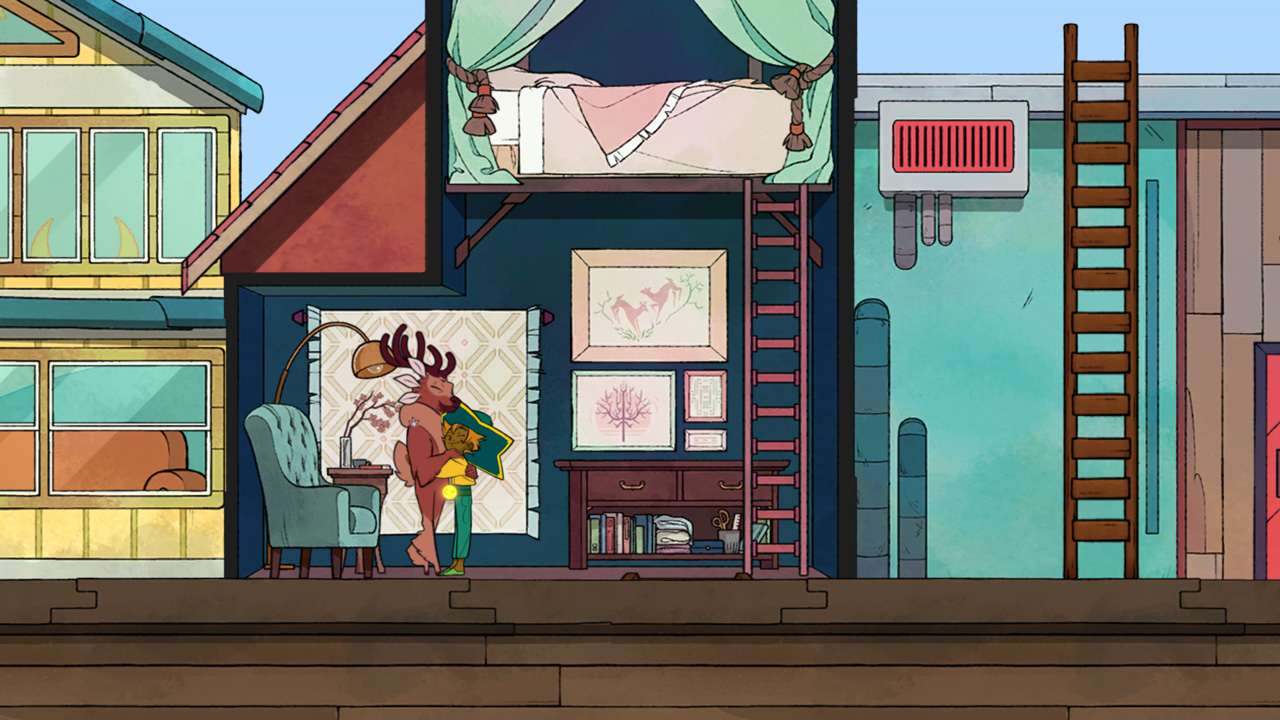 Spiritfarer is a cozy, heartwarming game that looks like it feels like wrapping up in a warm blanket. You'd hardly believe it's actually about dying. Now, you can jump into the game today, because as announced during today's Nintendo Indie World Showcase, it's available on Switch as well as additional platforms today.

You'll take on the role of Stella, "ferry master to the deceased," or the titular Spiritfarer. You'll have to first build a boat to explore the afterlife, then befriend and care for spirits that enter the world before they're ready to be released into the afterlife.

That means you've got to take care of several different aspects of daily life in the, well, afterlife, such as cooking, harvesting, fishing, mining, and farming. There's also crafting involved if you want to get into all that. A friend can even join the adventure as Daffodil the cat with two-player co-op mode if you want to add them and bring them along for the ride in-game. Spiritfarer contains multitudes.

It may be all about death, but it's also about living life to the fullest, too, or at least what life you have left in the afterworld. It's meant to be a relaxing adventure that you can spend alone or with friends. In the end, it's about learning to say goodbye to those you love most.

If you're interested in playing, you can jump into the game on Switch, PlayStation 4, Xbox One, and PC today for $29.99. Be sure to let us know what you think of it and stay tuned to Shacknews for additional updates.