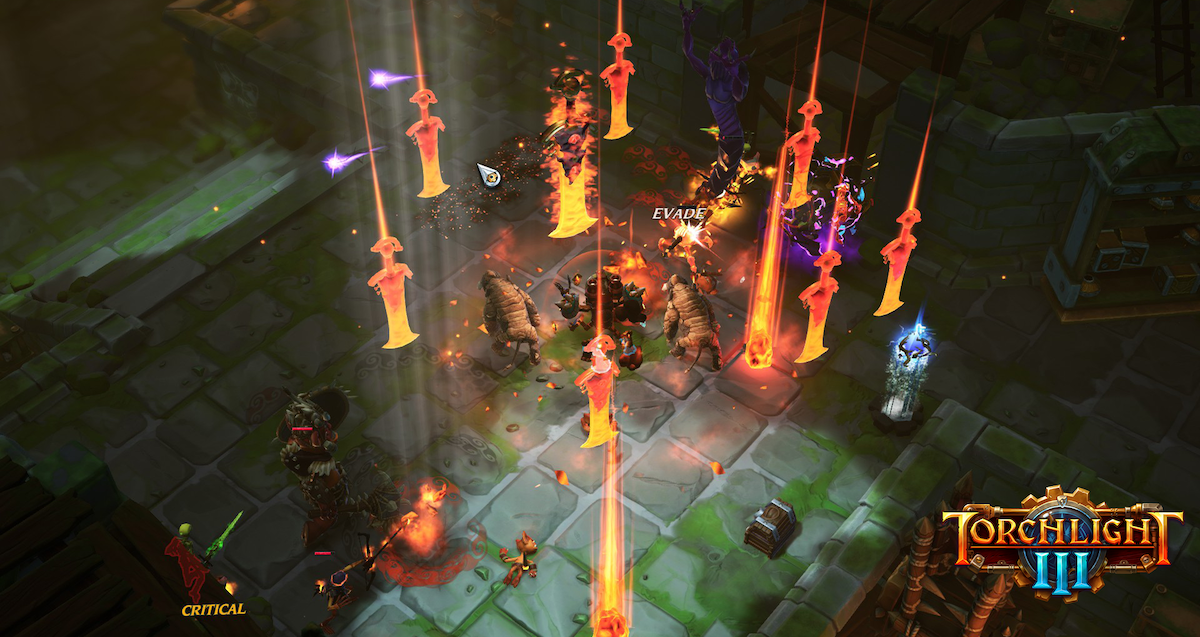 Torchlight 3 interview: How Relic subclasses are changing the game

Torchlight 3 is an excellent addition to the Torchlight family that reinforces that innate need to click, kill enemies, and gather loot deep inside us. The game may remain in Early Access, but it's just received a major update that changes up the way players can interact with the Relic subclass assignment when customizing their characters.

Shacknews was lucky enough to speak with Torchlight 3 project lead Tyler Thompson at Echtra Games about the way Relics have now been transformed as well as how they'll make Torchlight 3's endgame a different experience.

If you can't wait to dive into Torchlight 3 or have had concerns about the way Relics are handled in the past, hopefully you'll find this particular interview an insightful one.

Shacknews: How did you determine the different types of Relics for players to choose from?

Tyler Thompson, Project Lead: Relics have gone through a long journey during our development. We started with a couple dozen different relic weapons that each had one power. Eventually, those cool powers and ideas condensed into our current 5 relics. For a while, these relics focused on different elements: fire, ice, poison, physical and electricity. In this latest update, each relic also fills a strategic role: consistent damage, random damage, summoning, healing and crowd control.

Shacknews: Will there be opportunities for characters to change their permanent Relic after selecting it later on in the game?

Thompson: Choices matter in an ARPG. Just like old school ARPGs of yore, this is a choice you make when you start the game and you’ll need to create a new character to try a new class + relic combination. Because of each relic’s strategic difference, this combination truly leads to a unique character. A Dusk Mage with Bane will play much differently than a Dusk Mage with Blood Drinker. This wide variety of choices provides more of a reason for players to start and try new characters and class/group combinations.

Shacknews: How do you think the Relics will transform the current game meta?

Thompson: Players have a real option to get creative and unique. Now that they are all part of the same family skill tree, we have a better set of options to make skills more interesting and integrated. The update will probably create some fun group mechanics as they are each more attuned to a specific combat style. It will bring out specific strengths and weaknesses with particular combinations that we can work to tune and balance. It provides a better balance for Relics overall, as they weren’t balanced previously and now we can really lean into each of them as individual trees with individual strengths. It’s been nice to see the other Relics getting some use and playtime, which brings some diversity when it was initially lacking.

Shacknews: What type of feedback allowed you to help shape this new addition to the game?

Thompson: We read countless Early Access Steam reviews, bug reports, Discord chats, and even had private meetings with some of our more active community members to gauge their opinion on the current system and the potential change. It was a culmination of community and internal conversations and feedback that really propelled this update

Shacknews: What were some of the main issues players complained of with the original Relic system?

Thompson: Since we launched Torchlight III in Steam Early Access, our community has given us solid feedback. One helpful piece of feedback was how we present skills, as players felt like there was a lack of build options, active skills, and even just skill slots themselves.

With the initial design of Relics, although it was a very fun and entertaining concept, there were some parts of it that needed to be reworked. For example, the Relics system’s flexibility, while well-meaning, made it so that players could use completely leveled Relic weapons on Level 1 characters or accidentally delete a high level Relic altogether by trashing a character that was no longer wanted. Relics were also hard to surface, not immediately unlockable, and required a lot of investment to really understand and try different variations of.

And while each Relic had a specific theme, an active skill, and a few passive skills, none of them really stood out as a unique and formative combat support skill tree, as we had initially intended them to be. After reviewing all of the feedback we received after Torchlight III’s Early Access launch weekend, we were able to figure out exactly what needed to be changed, which led us to revamping Relics into a proper third skill tree.

Shacknews: What are some of the biggest goals you have going forward with Torchlight III in general beyond remaking its various components such as Relics?

Thompson: Our goal is to make this game as beloved as the previous two games in the series. There are a lot of ways we can work to achieve this and we have a bunch of ideas we would really like to revisit, but currently stability, performance, bug fixing, feature improvements, and current areas of the game is our priority and focus. We don’t want to dive too far into new content while there are plenty of areas in the game that could use attention.

Shacknews: What are your thoughts on the feedback that the game has been "sluggish" or "buggy" throughout Early Access? After previewing it myself I didn't tend to have these issues, so I'm wondering if this has been a major problem area the team has focused on.

Thompson: We are very aware that there have been bugs in the game, although we’ve made some serious strides in resolving outstanding issues and new bugs with each update.

The initial server issues during Early Access alongside a few very critical, ongoing bugs have probably made this perception worse than it might be for most players. We still have many bugs and issues to resolve prior to launch, but our community has been overwhelmingly eager and helpful when collecting information and it’s been really useful as we’ve made some many drastic changes over the last year. Our goal during the remainder of Early Access is to improve performance, fix bugs, and review other areas for tuning, balance, and quality of life improvements.

Shacknews: Will there be additional Relic types over the course of the game?

Thompson: We’ve internally tossed around ideas that we would love to revisit. It would be fun! We hope to create content for as long as the community is interested in having it!

Shacknews: What is your response to players who complain that having these Relic options don't give them enough "ownership" over their builds?

Thompson: We are open to feedback after players have had a chance to dig into the update more. With over 20 class+relic combinations and a wide range of choices for where to place skill points, there are a lot of potential builds for a person to create and own as their own. It’s only been a few days since the update hit Early Access so we are still in the process of collecting and reviewing feedback. In general, we’ve seen a lot of interesting builds and conversations related to class combinations, so we’re eager to see how players feel after we’ve made additional adjustments.

Shacknews: What is your next goal in terms of new content being rolled out into the game?

Thompson: While we have new content in the works for post-launch, our focus right now is to work towards a smooth launch and improving areas of the game that already exist (including our console versions of the game). We are excited to be able to switch our focus and dive deeper into the world of Torchlight III.

Torchlight 3 is available on PC via Steam in Early Access now.