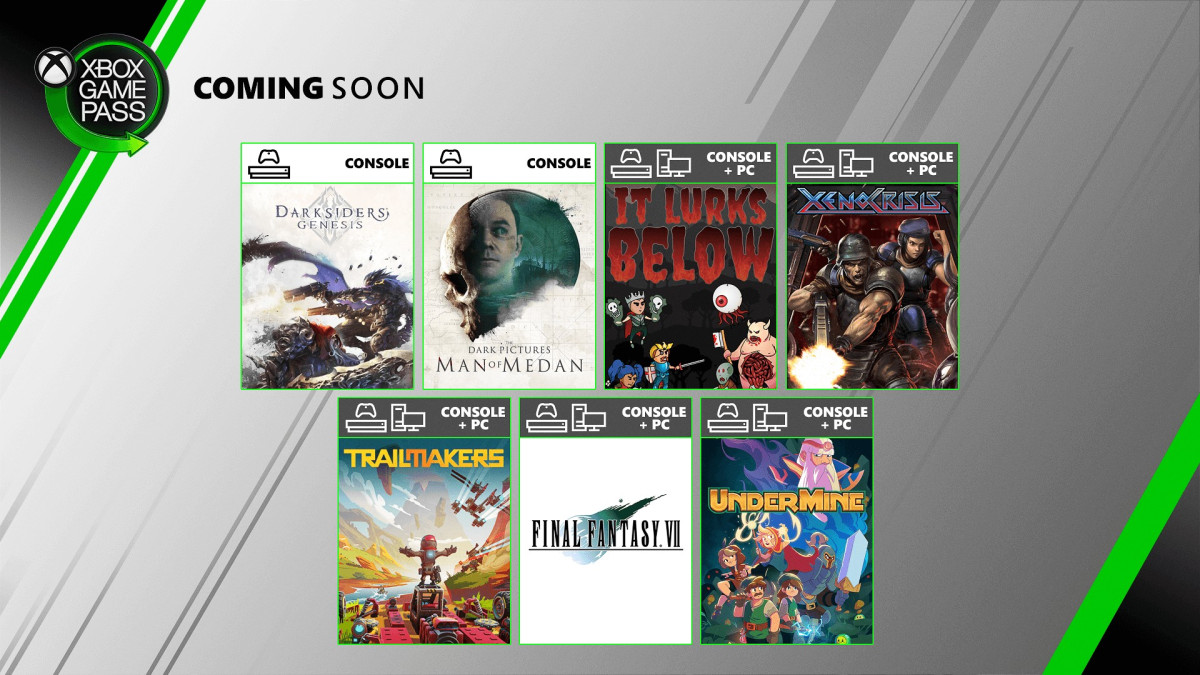 Man of Medan, Final Fantasy 7, and more coming to Game Pass this August

Xbox Game Pass is constantly adding new games for subscribers on both Xbox and PC. Currently in the midst of Summer Mode, Microsoft’s subscription service has been offering extra perks and rewards. The company has just revealed a batch of new titles coming to Game Pass subscribers in August, including the classic Final Fantasy 7, as well as The Dark Pictures Anthology: Man of Medan.

Microsoft took to Xbox Wire to share the latest titles coming to Game Pass. Scattered throughout the month of August, Xbox Game Pass subscribers will be getting new titles to play on both console and PC.

Coming to Game Pass in August:

One of the more notable newcomers to Game Pass is The Dark Pictures Anthology: Man of Medan. From the team behind Until Dawn, Man of Medan is a horror title with a wide variety of possible outcomes and endings, all dependent on decisions made by the player. Man of Medan will only be available for the console version of Game Pass.

Final Fantasy 7 also makes its way to Game Pass this August, allowing players to relive one of the most beloved JRPG stories of all time. It should be noted that this is an HD version of the original Final Fantasy 7, not the 2020 remake, as that’s a PS4 exclusive. Final Fantasy 7 is coming to both the PC and Console versions of Game Pass.

In addition to all of the new games, Game Pass owners will be getting new DLC for No Man’s Sky, as well as Sea of Thieves and Phantasy Star Online 2 content. In September, Game Pass will be further expanding with the introduction of the xCloud service. For more on Microsoft’s gaming subscription service, stay tuned to Shacknews.