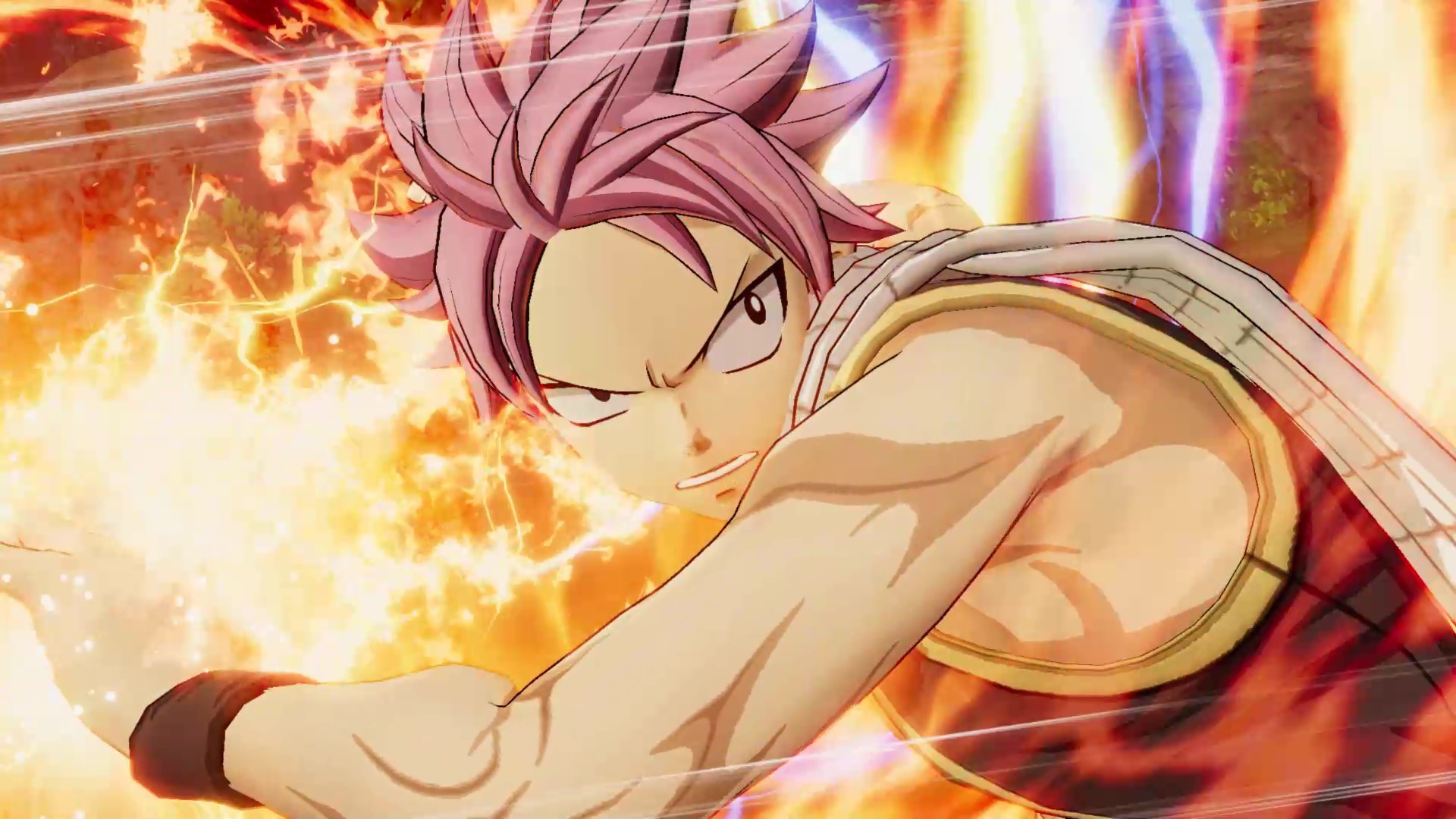 Looking for your next anime-centric gaming adventure? You're going to want to check out Fairy Tail. Gust's brand new title that follows Hiro Mashima's manga and anime series is a labor of love that fans and newcomers alike should find plenty to enjoy in.

In addition to trying out the game, we were lucky enough to speak to producer Keisuke Kikuchi one more time (since our encounter at TGS 2019) about bringing the Fairy Tail guild to life. Here's what he had to say about the project.

Shacknews: How did you make the decision to create what appears to be a traditional JRPG instead of an arena fighting game in the vein of what's been done with the Naruto game series?

Keisuke Kikuchi, Producer: We wanted to ensure that a wide range of players could all enjoy unleashing fantastic magic abilities, leveling up their characters, and utilizing Magic Chain abilities and legendary magic. In addition, I think the turn based battle system also allowed us to recreate the aspect of working together with your party members in order to take on formidable foes.

Shacknews: Can players opt to use both Japanese and English voiceovers?

Kikuchi: No, there are only Japanese voice-overs and English subtitles.

Shacknews: How many characters do you plan on including in the game from the original Fairy Tail run?

Shacknews: The guild expansion mechanic looks like an integral part of the game. Can you explain a bit about how that will work?

Kikuchi: In the guild, you can utilize a Request Board, shop, bar counter, and laboratory, and each of these can be upgraded. For example, the Request Board can be upgraded by taking on many requests. The shop and bar counter gain more items as you upgrade them. In addition, the laboratory allows you to create Lacrima, equipable items, but as you upgrade this facility, you can create even higher level Lacrima. As a result, your guild also develops, making your team stronger and able to confront powerful foes.

Shacknews: How will the affinity system affect any potential dual attacks between more than one character? How will that work?

Kikuchi: In this game, there is no specific "character compatibility" concept, and instead we designed Fairy Tail around the idea of letting players choose their own party and strengthen the bonds between those characters. By strengthening these bonds, the ease with which you can link combos through Magic Chain abilities, which uses your Fairy Gauge, is gradually increased. I also hope that players can enjoy looking for specific character combinations which will result in the ability to perform special Unison Raids.

Shacknews: Will you be able to customize characters to your liking with additional outfits and accessories, including those not seen in the manga or anime?

Kikuchi: While you can't customize their accessories, each character will have additional costumes to choose from. Lucy's House has a dresser in it which players can use to change their outfits. Please look forward to additional costumes we are preparing as future DLC.

Shacknews: Is Fairy Tail accessible enough that even players who haven't experienced the series can jump in and enjoy the story?

Kikuchi: We made the game with the fans of Fairy Tail in mind. As a result, we have included a lot of content that the fans will really enjoy. However, even fans that are not familiar with the story can enjoy the game as it is based around the concept of "strengthening your characters and going on adventures in a world teeming with fantasy elements." These aspects are also a great fit for the RPG genre. We are also including elements in the game such as a brief summary of the story to help support players that have not read the manga or watched the anime. I do hope that players can enjoy the game, anime and manga together.

Shacknews: Will there be special features for the Nintendo Switch version?

Kikuchi: There are no differentiating features exclusive to any of the platforms. However, Switch gives you the ability to play Fairy Tail on the go all day, which allows players to really take in the world.

Shacknews: How will the special friendship mechanics come into play with the characters you end up spending time with?

Shacknews: How did you end up deciding to create a Fairy Tail game over another different property?

Kikuchi: As we covered briefly, the world, guild, exhilarating magic, unique characters, and exciting story developments were all a great fit for a game. While it was difficult to recreate all of the characters that appear in the game, it was definitely worth it.