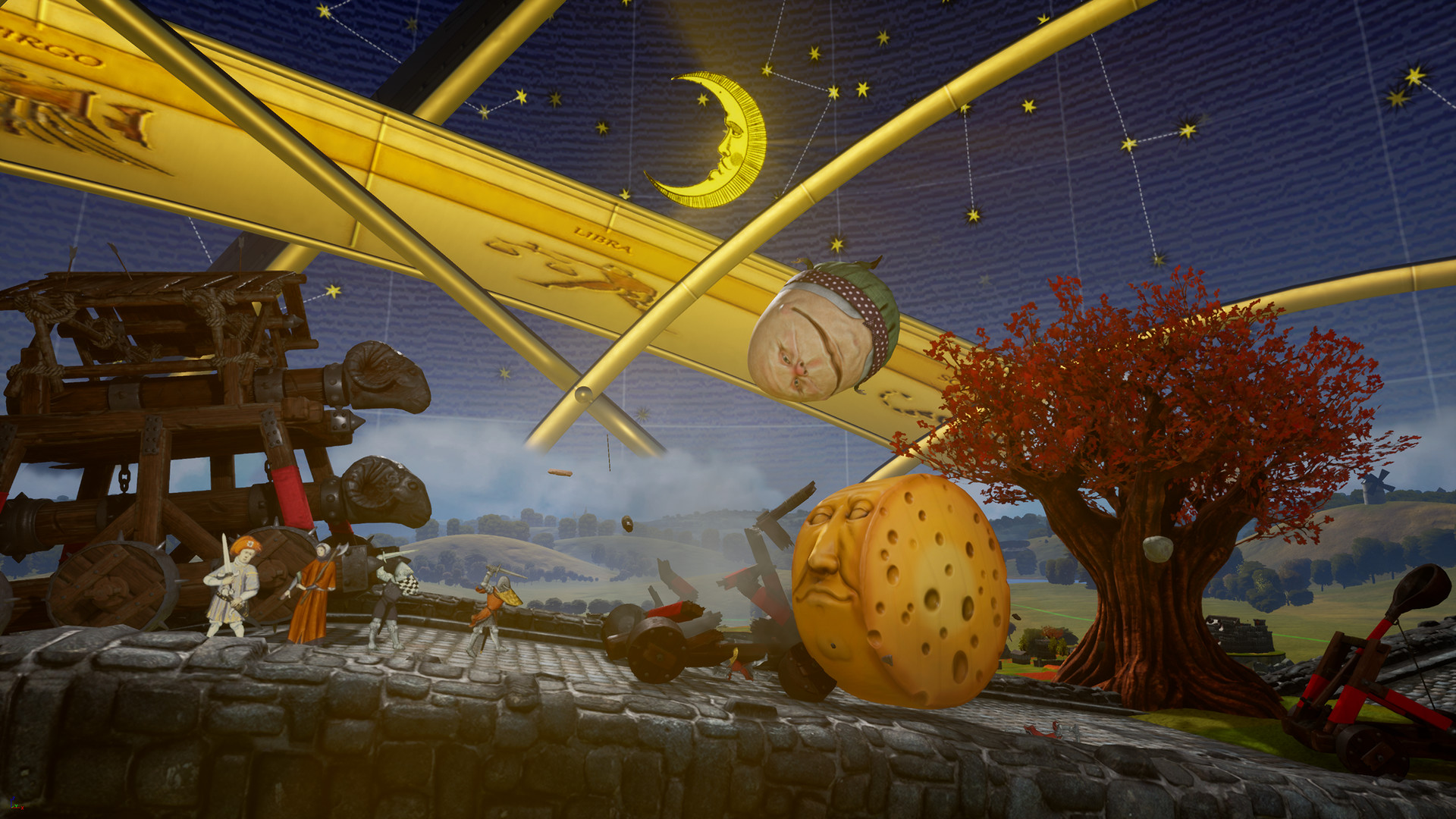 Rock of Ages 3 review: Grandpapa was a rollin' stone

Nearly a decade ago, the folks over at ACE Team dropped the original Rock of Ages onto Xbox 360 and PC to great success. It’s endearing mix of Monty Python-esque shenanigans and frantic race battles was an immediate hit with just about anyone who sat down to play it. At the time, the indie game boom was in its infancy and Rock of Ages was able to easily stand out amongst its peers. A sequel in 2017 upped the ante for a new generation of consoles. The newest entry in the franchise, Rock of Ages 3: Make & Break, delivers more of the same with a heavy focus on a new level editor. While it doesn’t land with the satisfying thud of its forebearers, hardcore fans will likely appreciate the abundance of things to do for the third excursion into rock-based battle racing.

Being the third entry in a popular franchise is often a tough place to be. Expectations are at their highest and most of the novelty value will have already been wrung out of what was once a fresh idea. Rock Ages 3 arrives with a new developer in Giant Monkey Robot working for a new publisher in Modius Games. ACE Team developed the first two entries under Atlus and SEGA, so the new team has its work cut out for them. Any players returning from the previous games will know what to expect as there are not a lot of new additions to the existing formula, though they say, “if it ain’t broke, don’t fix it.”

The idea behind this new release is to provide a glut of things to do and if that was the goal, the team at Giant Monkey Robot succeeded. The story mode tasks players with working through a huge amount of pre-made events including simple races, skeeball, PvP stages where you use the editor mode to place obstructions against the enemy player, and more. These stages are accessed from an overworld map and are locked unless the player earns enough stars to enter. Each stage offers the chance to earn up to three stars. Some modes are more fun than others and I found myself somewhat frustrated at having to pass some of the more obtuse stages simply because I needed the stars to unlock access to the more desirable content.

There are multiple types of boulders in play and each has its own special characteristics that change the way to handle them or how you approach a race or other event. These boulder types can be unlocked while you progress through the story mode. The same star-locking mechanic applies to the various unit types that are used in the tower defense stages. It is possible to reach the end of the story without collecting everything, though completionists will likely find value in the grind needed to amass all the boulders and units. Some of the boulder types, like the sheep rock, are cool because who wouldn’t want to drive a ball of sheep? Some of the boulders are nonsense for other reasons, like the Humpty Dumpty egg that seems to always roll like a smooth sphere, even when toppling end over end.

In general, the proceedings are about as fun as they always were, though Rock of Ages 3 is dragged down mightily by some showstopping bugs and an apparent lack of polish. My game client crashed multiple times at random. More than a few times, the boulders would simply clip through the ground or roll right through an end of track target. The feel of the physics never seemed quite right and I missed jumps or maneuvers that I felt I executed correctly. How the boulders react to contact also appears to vary inconsistently, as you’ll tear through some walls and bounce backwards off the same wall structure later on. The frustration from some of the design decisions is compounded by the bugs and is a real turn-off.

The classic Rock of Ages presentation returns with a heavy emphasis on humor and jokes at the expense of countless historical figures and events. How each joke lands varies, but I felt the hits arrived as often as the misses. The audiovisual presentation suits the game well enough and the animated sections between stages are pretty slick. I attempted to join some multiplayer sessions, though I experienced crashes and high latency too often to stick around.

The community will make or break it

Rock of Ages 3 touts its level designer first and foremost for good reason. It gives the community a way to create and share new content to play through and opens the possibility for the PvP stages in the story mode. The editor was supposedly used by the development team to build all the included stages, so it should be powerful enough to foster some slick content from dedicated creators. This bodes well for the game in the future as lots of the stock stages are lackluster. Using the editor is mostly straightforward, though it has its own quirks. My biggest complaint is that objects can only be rotated 90 degrees at the time and it makes clean placement in the stages tough as the terrain tool allows for nearly unlimited directions.

Ultimately, Rock of Ages 3 is an additional serving of the series in a party-sized bag. What could have been the culmination of a decade of progress feels more like a thrown-together greatest hits collection. Diehards will find lots to like about the potentially endless supply of community creations and this also drives up potential value for newcomers. A high level of patience will be required as the bugs nearly derail the experience but the current version of the game can be made solid with the help of a few patches. It is not as exciting as it once was, but you could certainly do worse. 6/10 sheep balls

This review is based on the PC Steam release. The game key was provided by the publisher for review consideration. Rock of Ages 3: Make & Break launched on Steam, Xbox One, PS4, and Nintendo Switch on July 21 for $29.99. A Stadia version is scheduled to arrive later this summer.