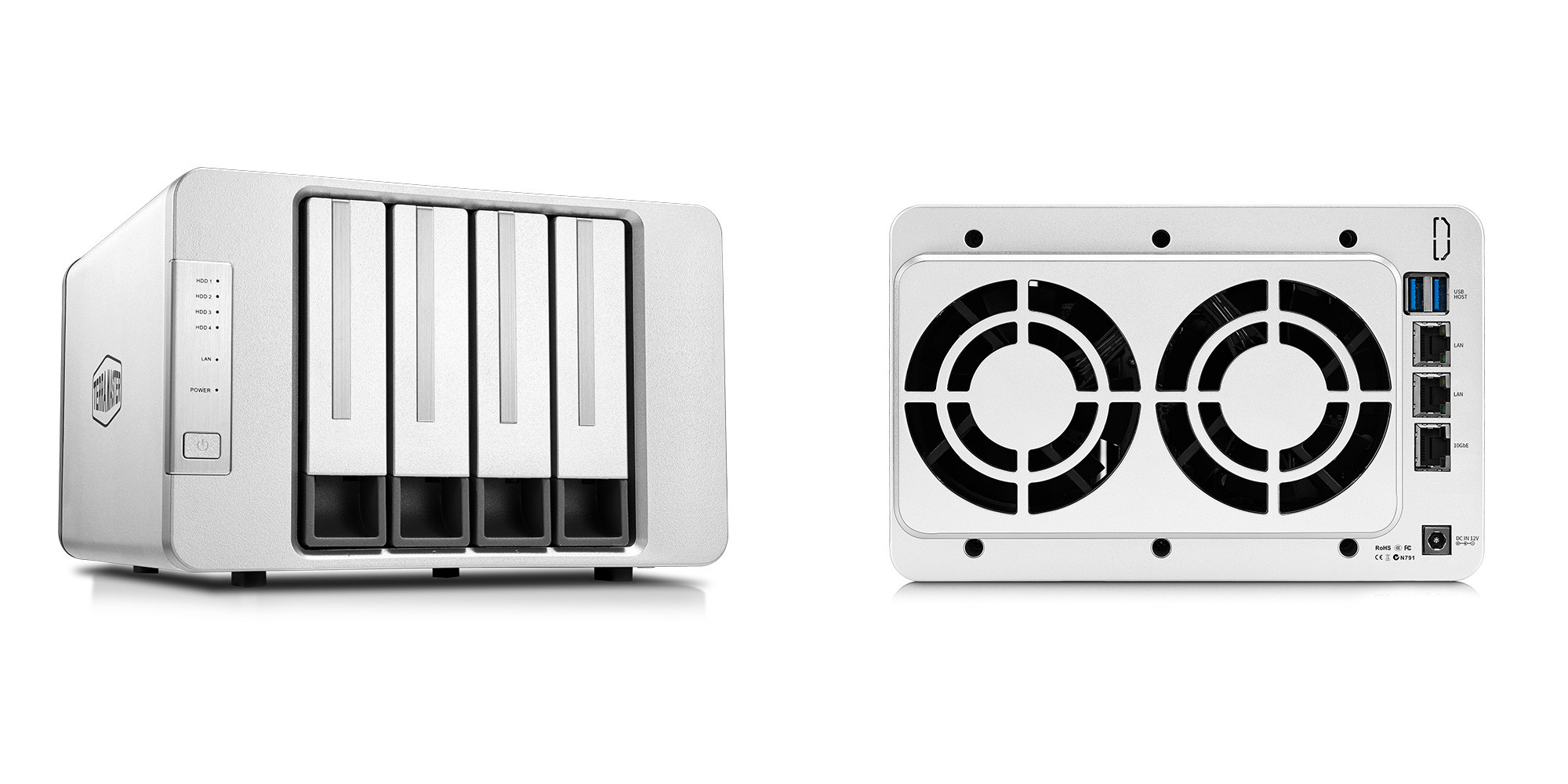 TerraMaster is one of the major players in the world of personal storage. Specializing in network-attached storage, or NAS, this company’s devices are well-suited for those who own or manage a bunch of cloud-based media. TerraMaster has launched the F4-422 10GbE 4-Bay professional NAS, the latest product in their 10G series.

TerraMaster has a full breakdown of the new device and its functionality posted to the official CyberMedia website. “The F4-422 is equipped with a powerful Intel Celeron quad-core 1.5GHz processor, 4GB of DDR3 memory, two Gigabit ports, a high-speed 10GbE port, and two USB3.0 Host ports.”

These personal NAS devices are a more secure alternative for those wanting to store large amounts of data or media. “The F4-422 packs 2x GbE and 1x 10GbE ports for high-speed and reliable networking. With four Seagate IronWolf 6TB hard drives in RAID 0, the F4-422 offers read and write speeds of up to 650MB/s and 670MB/s, respectively.” making the F4-422 one of the fastest and most efficient devices from TerraMaster.

The F4-422 boasts the ability to support concurrent access for up to 500 different users. The F4-422 is available now for purchase on TerraMaster’s website and will cost you $499.99. For more on TerraMaster, consider watching our unboxing and review of the F2-210. Stay tuned to Shacknews for the latest news on TerraMaster and their latest products.