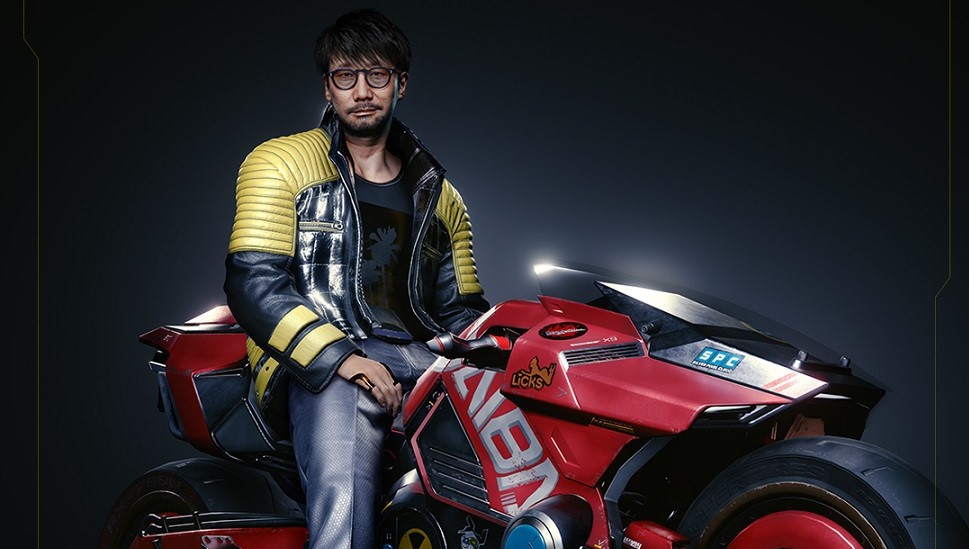 Last year’s Death Stranding was one of the most talked about games of 2019. The first major release under Kojima productions after their split from Konami, Death Stranding reached much acclaim, and even got some Game of the Year consideration here at Shacknews. The once PS4 exclusive game has now been ported to PC. CD Projekt Red, the developers behind the upcoming Cyberpunk 2077 congratulated Hideo Kojima on the accomplishment, sharing an image of the developer rendered as a character in Cyberpunk.

CD Projekt Red posted their congratulations from the official Cyberpunk 2077 Twitter account. The post reads, “From Tokyo to Night City — that's quite a ride… Congratulations on the PC launch of Death Stranding, Kojima-san and the team!” Included in the tweet is an image of Kojima posing on the red motorcycle seen in the game’s trailers, quite similar to the bike from Akira.

From Tokyo to Night City — that's quite a ride...
Congratulations on the PC launch of Death Stranding, Kojima-san and the team!

Most interestingly, however, is that the tweet also includes an image of Hideo Kojima, as a fully rendered character in Cyberpunk 2077, riding the same motorcycle. Could CD Projekt Red be teasing the developer’s appearance in the upcoming sci-fi RPG? Of course, this is far from a confirmation, but there is good reason to believe Kojima could pop up. Recently, we saw Cohh Carnage and Jesse Cox both revealed to be characters within Cyberpunk 2077.

Even if there are no plans for Kojima to be a character in Cyberpunk 2077, it’s still neat to see him rendered in the game, looking cool in a way that only Kojima can. As for Death Stranding on PC, we quite enjoyed it, as evident in our hands-on preview. For more on Death Stranding and Cyberpunk 2077, keep it locked to Shacknews.