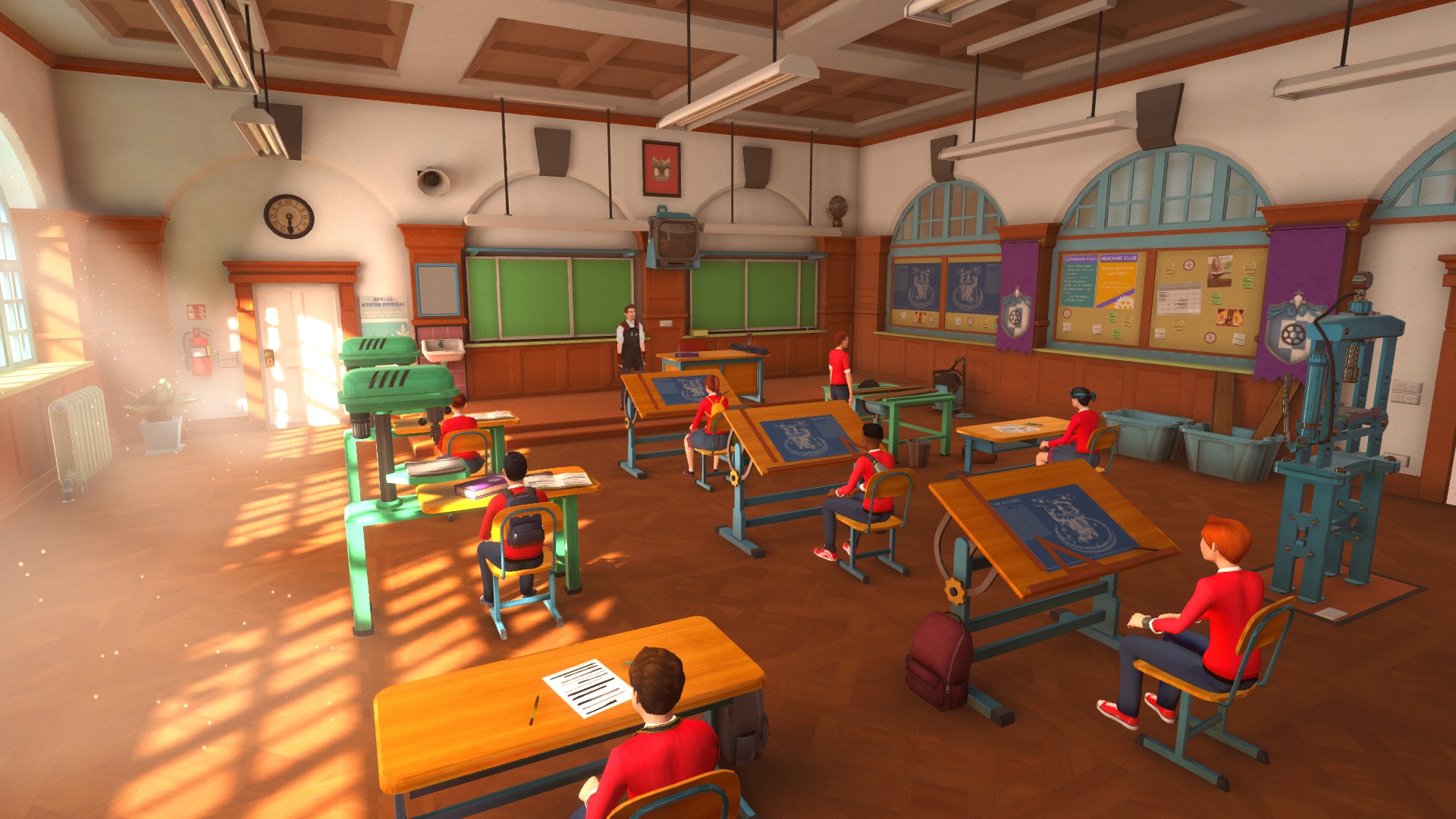 Developer Snapbreak clearly has an affinity for the Harry Potter series, mostly its setting and its premise. Beyond being about magic and wizards, Harry Potter was about growing up in a magical school environment. The inspiration is clear when one picks up The Academy: The First Riddle. Unfortunately, there isn't a lot that's magical about this effort, outside of a handful of fun puzzles, because the world that surrounds it is as mundane as a morning in school.

The Academy puts players in the role of Sam, who's starting out at the titular institution. Everything one would expect out of a school of higher learning is here. There are fancy classrooms, labs, a giant atrium, and dormitories. There's an eager faculty willing to teach its students, as well as an engaged student body.

Over the course of the game, you'll make friends and you'll start to see more of the Harry Potter influence. Sam gets a tight circle of friends and attends classes with them, while also learning the ins-and-outs of the Academy itself. And like J.K. Rowling's series of books, there's something sinister going down behind the scenes. A mystery villain is conjuring up strange magic and causing random mayhem across campus and it's up to Sam and his friends to discover what's going on.

All of this is great, following a tried-and-true formula. Or at least it would be, except the characters aren't particularly interesting.

I really wanted to get into The Academy's characters, whether they be the students, the teachers, or Sam's friends. But they're presented in such a bland manner. Their dialogue feels boring or clichéd. That's when it's not an issue of something lost in translation.

But the worst offender is Sam. If there's one thing I remember about the Harry Potter series, a clear influence on The Academy, it's the personality and the jubilance of its main character. It's really hard to replicate this with Sam when he's a silent protagonist. Silent protagonists have their place in games, but that trope does The Academy and its story a disservice. It's hard to care about Sam when he never says anything and his story is almost entirely driven by the wooden dialogue of his friends and teachers.

It's actually the school itself that becomes the most interesting element of the Academy's story. There's a lot to explore throughout the campus. Players will find various points of interest that go into the Academy's background, its mission, and how it came to be. The deeper lore turns out to be more captivating than any of the game's characters and it's worth going off the beaten path to learn more about the game's setting.

Harry Potter isn't the only influence on The Academy. Snapbreak also cites the Professor Layton series as an inspiration, meaning the game is centered on logic and lateral thinking puzzles. And it's these puzzles where The Academy is at its best.

A heavy amount of The Academy's puzzles are brain teasers that test out different elements of logic. They can be scientific, mathematical, memory-based, or breach a number of other academic subjects. They're not overly difficult, but if there's anything that starts to feel tough, players can munch on a chocolate bar to receive small hints. All of the puzzles are multiple choice, so you'll stumble on the answer eventually. There's barely any penalty for missing any guesses, which does lower the stakes a bit, but outside of that, I can't fault the quality of the puzzles themselves.

If The Academy focused purely on the puzzles, it would be a better game. However, when Sam attends a class, he's expected to review the class textbook and answer lecture questions from the teacher. And if I'm being truthful, that feels a little too close to school. If The Academy gets any younger players, they'll be playing this to escape school, not get a virtual simulation of it.

See me after class

The Academy has the kind of premise that should make it feel more special than it is. It certainly shines with its different array of puzzles. But the game's characters and their dialogue make this feel as exciting as Algebra class. I should feel more excited about the extracurriculars, but instead, The Academy's shortcomings had me watching the clock and waiting for the bell to ring.

This review is based on a Steam code provided by the publisher. The Academy: The First Riddle is available now on PC for $19.99. It's also free-to-play on iOS and Android. The game is not rated by the ESRB.