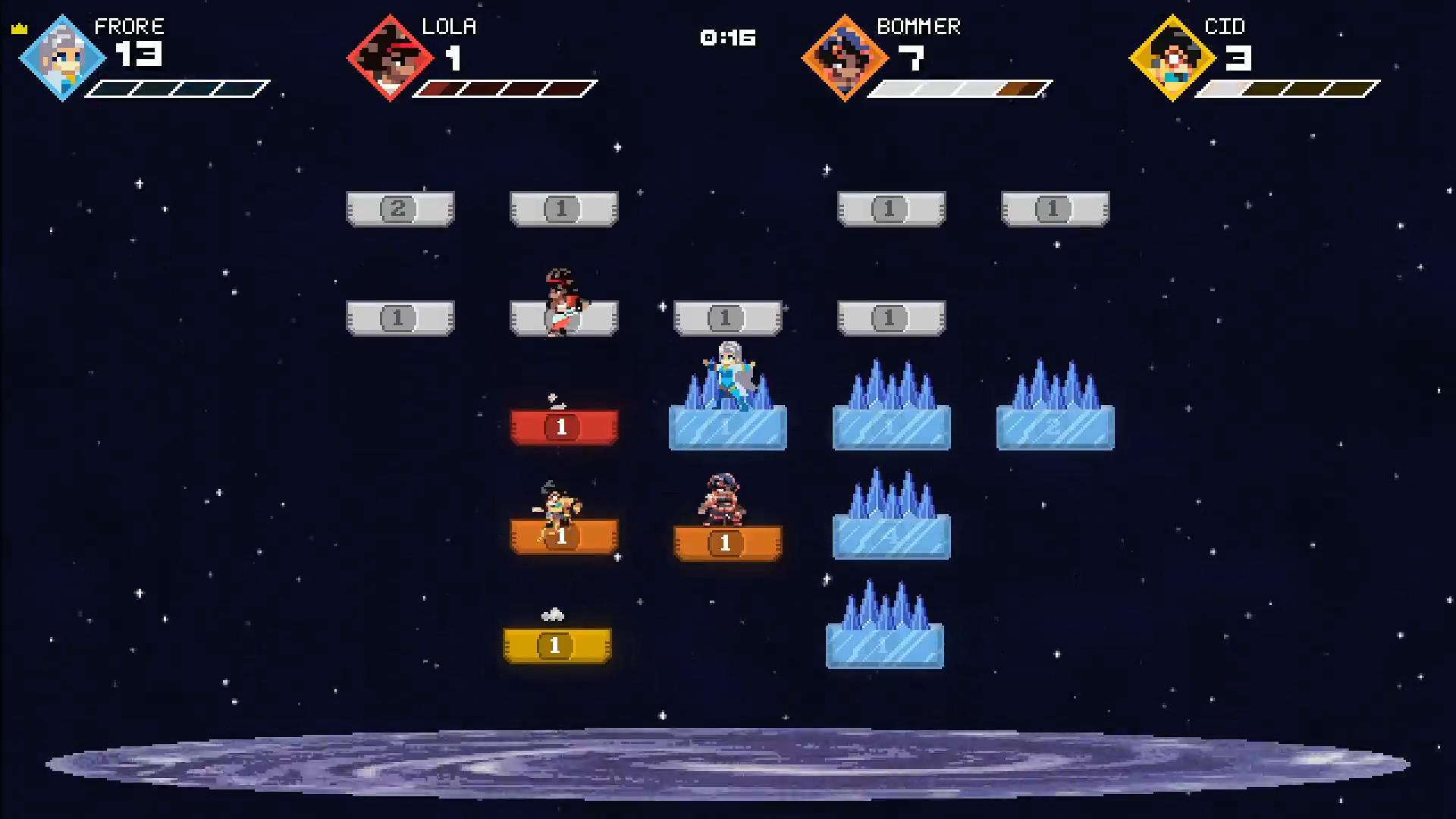 There have been plenty of multiplayer games where the object has been some variation of "King of the Hill" or "Territories." But while it might be one way to describe Jumpala, developer Yokereba has come up with a very unique spin on the idea. The idea is to control territory, but also to climb up to great heights. And sabotage is the key to it all.

Jumpala is a competitive 2D platformer, one where the premise is fairly simple. The idea is to jump on a platform and gain control of it. If the platform collapses while it's tagged with your color, you gain a point. Opponents, however, can capture any unlocked platforms for themselves at any time, which leads to a lot of back-and-forth action, especially when there are four players involved.

What makes Jumpala interesting is the sabotage element. Each character has their own special abilities and while some can be used to lock platforms down and prevent other players from capturing them, many of them are designed to mess with opponents directly. And there's good reason to try and screw the opposition. As the screen scrolls upwards, the bottom row of platforms will inevitably collapse. Sometimes, a player will fall along with them. If a player falls, it's a heavy penalty. In fact, it only takes a few falls to look up at the scoreboard and notice that your score is at zero.

While each level layout has its own strategy, managing player abilities is an important key to victory. With that said, some of the powers appear to be much stronger than others. For example, I liked the idea of locking platforms as Cid or freezing opponents as Frore. But I wasn't exactly winning a lot of games, even against a surprisingly tough "Easy" CPU, until I opted to pick Bommer. Bommer's ability to destroy platforms and potentially strand opposing players on lower platforms is a crazy strong ability and one that swings games frequently. So yes, there might be a few balance tweaks for the developers to look into before releasing Jumpala's final version.

Outside of the balance issues, Jumpala is a lot of fun. The premise is solid, the controls are easy to grasp, the action feels fast-paced, and the levels are designed well. It's a clean enough interface, there's online play available, and while the full game wasn't available to try, I had a good enough time that I'd love to see more of it when it becomes available.