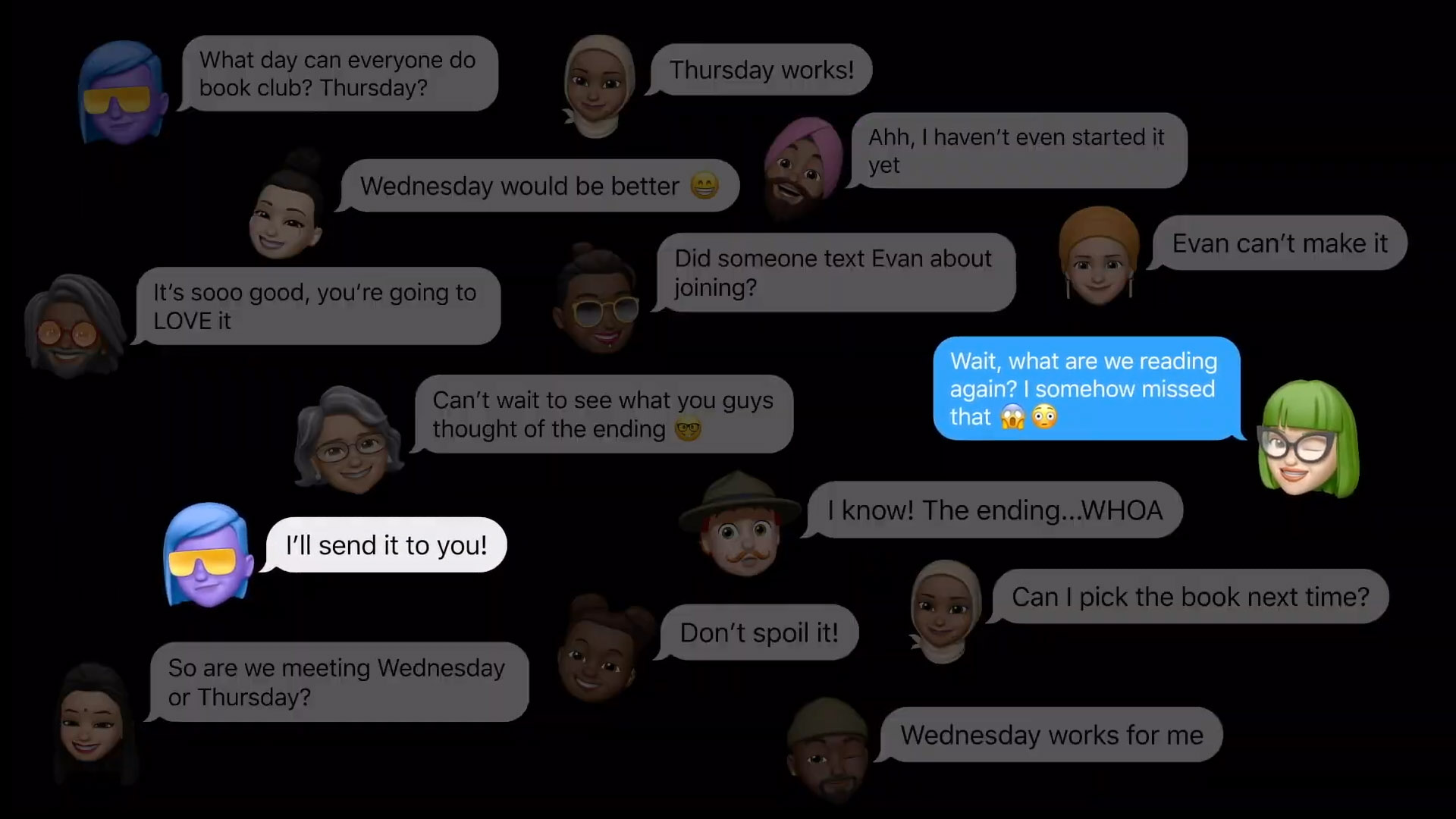 As someone who uses an iPhone for most of my messaging needs, everything Apple announced for their Messages app sounded great to me, especially pinned conversations. I may message a lot of people, but there are only two or three that stand out from the crowd, and now I can pin those conversations to the top of the app.

For users that are frequently using groups, iOS 14 will also introduce in-line replies, allowing you to reply to a specific message in a group chat instead of things getting lost in the shuffle. You can also mention a specific member of the group to make it clear who you’re talking to. While nothing here is groundbreaking in terms of features, these additions do elevate Apple's current Messages app.

iOS 14 users can also expect to make use of some expanded Memojis. It might be silly, but I find myself using them more and more these days and, sure, I’ll take some additional Memoji options.

Overall, most of what was detailed for the Messages app could be considered quality-of-life updates, but that isn’t a bad thing. If you want to see more of what Apple had to offer, check out our WWDC 2020 topic on Shacknews.