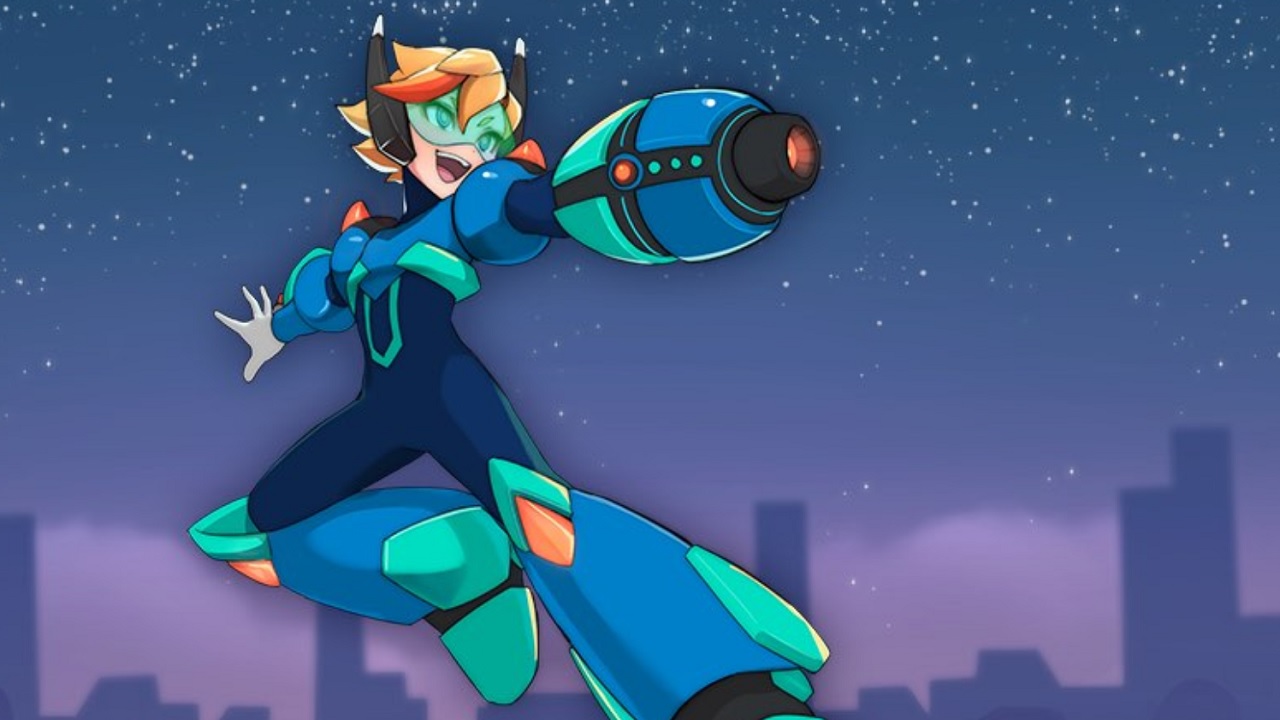 There’s something absolutely sublime about old school Mega Man and Mega Man X games and the balance of the classic run, jump, and shoot through levels, enemies, and obstacles. It only takes a little bit of time playing around in Batterystaple Games’ roguelike run and gunner 30XX to realize how much they appreciate the reflexes and style of a good run. 30XX has a demo out as part of the Steam Game Festival 2020 Summer Edition, and whether you’re playing the charged shooter Nina or the laser sword-wielding Ace, it’s a game that takes reflexes to task as you strive to make the best run possible out of its challengingly random levels.

Running, gunning, and adapting on the fly

30XX is build just like a Mega Man X game. You can play as Nina or Ace, the former of which has a regular arm gun and the latter of which has a laser sword, each with charge shot abilities. Each can collect power-ups by progressing further and further through levels, defeating bosses or challenges, or buying power-ups at special segments of the game. For instance, Ace starts with a limited-use boomerang attack, but can gain a flame uppercut that be can attached to a power ability slot in addition to his normal attacks. Each character also has jump, short dash, and wall grab and jump capabilities to traverse levels. All of the standard functions you’d get out of the Mega Man games can also be found here.

Where 30XX really starts to set itself apart is in the levels. Rather than having you pick a level that plays out the same way every time, starting a 30XX run puts you in a random level with randomly-built pathing. The only things that remain absolutely static are the level’s boss and midboss. That is to say, being put in Echobeast’s level will feature a mid-boss of two crystal spewing robots in the middle and Echobeast at the end, but could feature entirely different platforming segments and challenges on the way to both. If you die, you go back to a hub and there’s no guarantee that the stage will look the same as you left it, or that you’ll even be faced with Echobeast again. You could get Zen Primus’s stage instead, facing an entirely different set of challenges.

It might sound tough, but 30XX isn’t completely without mercy. Defeating midbosses, bosses, and even some occasional enemies grants you nuts and other rewards, such as a passive ability power-up or a new active skill. You can also gain currency like Memoria that can be taken back to the hub world. It can be used to unlock permanent bonuses like life and skill gauge boosts, automatic weapon chargers, and other boons. Each upgrade offers a chance for the player to do just a bit better.

A game like 30XX might get frustrating at times, but no matter what it throws at you, the game is fun to look at and listen to, which absolutely helps cushion the blow of defeat. Each boss’s randomized environment has a lush aesthetic to it full of unique enemies and pitfalls. Echobeast has pulsating speakers, rhythmic platforms, and crystalline encrusting throughout its stage while Zen Primus features a fortress of lava pits, swaying scrolls, and conveyer belts. The bosses themselves also feature solid character designs and patterns befitting of a deadly end-level threat.

Accompanying all this visual flair is a solid pulsating chiptune soundtrack that’s also different based on the boss environment you head into. Each has their own theme and for what I heard, they’re quite good if you’re into that sort of thing. They keep the energy up and push you forward. Just don’t get too emboldened by the beat because 30XX’s enemies and pitfalls will absolutely drain your life, blow you up, and send you back to start if you get too brazen.

30XX is still in very early alpha if the text alongside the Steam Game Festival Summer Edition demo is anything to go by, but the early prospect is promising. From lush visuals and hype music to challenging levels and tight base mechanics, it seems pretty clear that Batterystaple knows what’s good about these type of games and how to implement it in the short run. What’s more, the roguelike element means you can’t necessarily depend on memory to get you through its randomized boss lairs. Learning how to respond to 30XX’s randomization will absolutely be part of the fun, but for those that feel overwhelmed, the constant upgrades to help soften the challenge is a welcome cushion. We’re looking forward to seeing how 30XX continues to shape up as Batterystaple continues to build upon the solid foundation they have here.