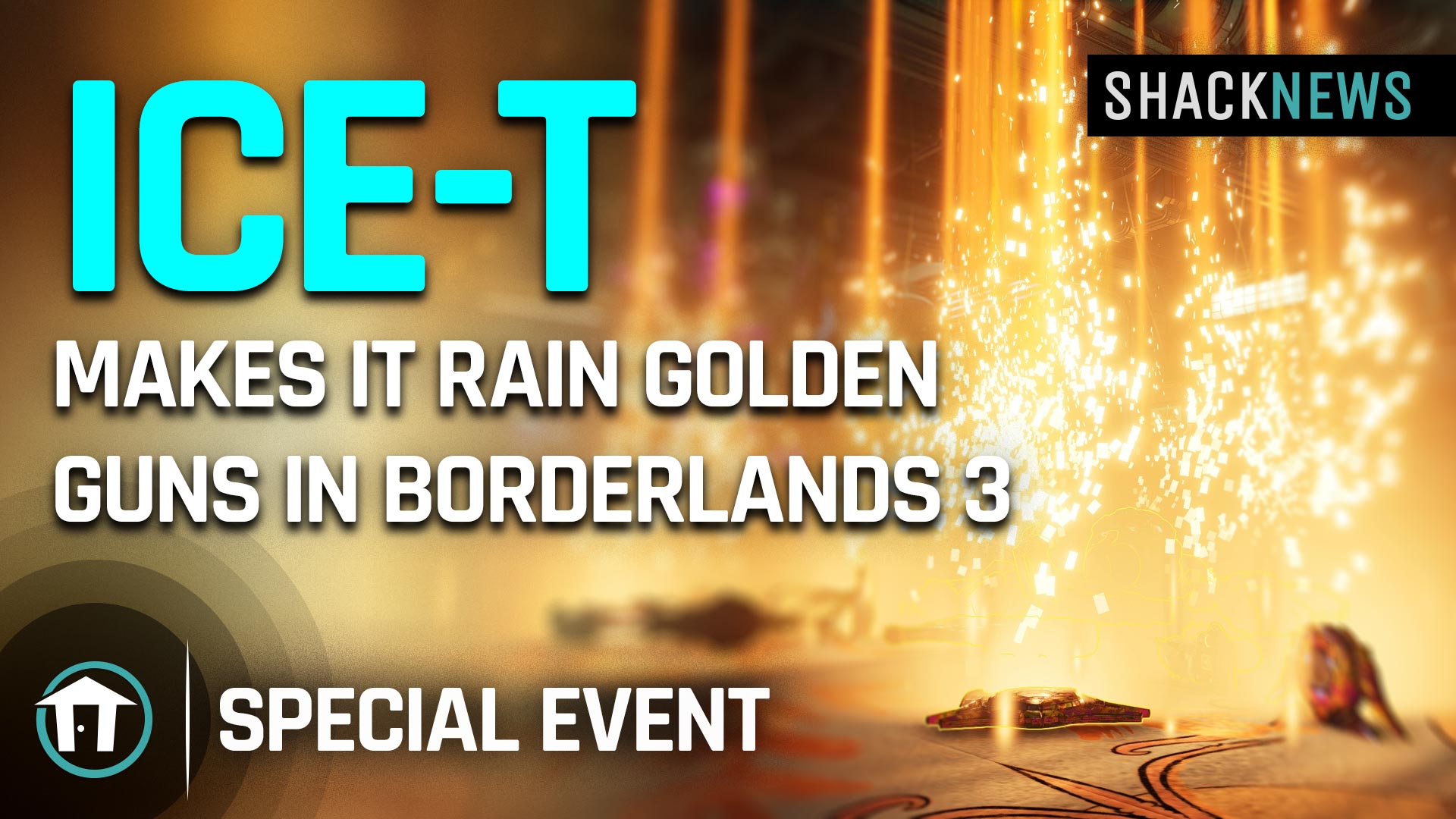 In case you were on vacation or living under some internet rocks, you may have missed the Shacknews E4 celebration that began last week on the website. Featuring an assortment of announcements, previews, and livestreamed content, E4 helped to make this wild summer a bit more fun, especially in the shadow of the E3 2020 cancellation. As part of the E4 festivities, we got a chance to sit down and play some games with the legendary ICE-T of Bodycount, Law & Order: SVU, and Borderlands 3 fame. As luck would have it, Borderlands 3 was one of the games played on the stream and ICE-T made sure to show off a special ability that only a person of his stature would have access to.

Borderlands fans already know that ICE-T is one of the stars of the third game as the voice of Balex, an artificial intelligence that once belonged to gun magnate Montgomery Jakobs. In the game, Balex inhabits the body of a teddy bear and guides the player through one of the most memorable quests in the game.

ICE-T contacted the folks at Gearbox, developers of Borderlands 3, and let them know that he wanted special treatment as one of the stars of the game. In return, the team granted his account with the ability to spawn endgame drops at a moment’s notice. While us normal human players may have to grind missions and boss battles for drops, ICE-T can simply use his influence as the soul of Balex to call in golden guns and grenades from the heavens, making it rain on any in-game party he rolls with. As luck would have it, he shared the bounty with us at Shacknews during our livestream, as you can see in the video above.