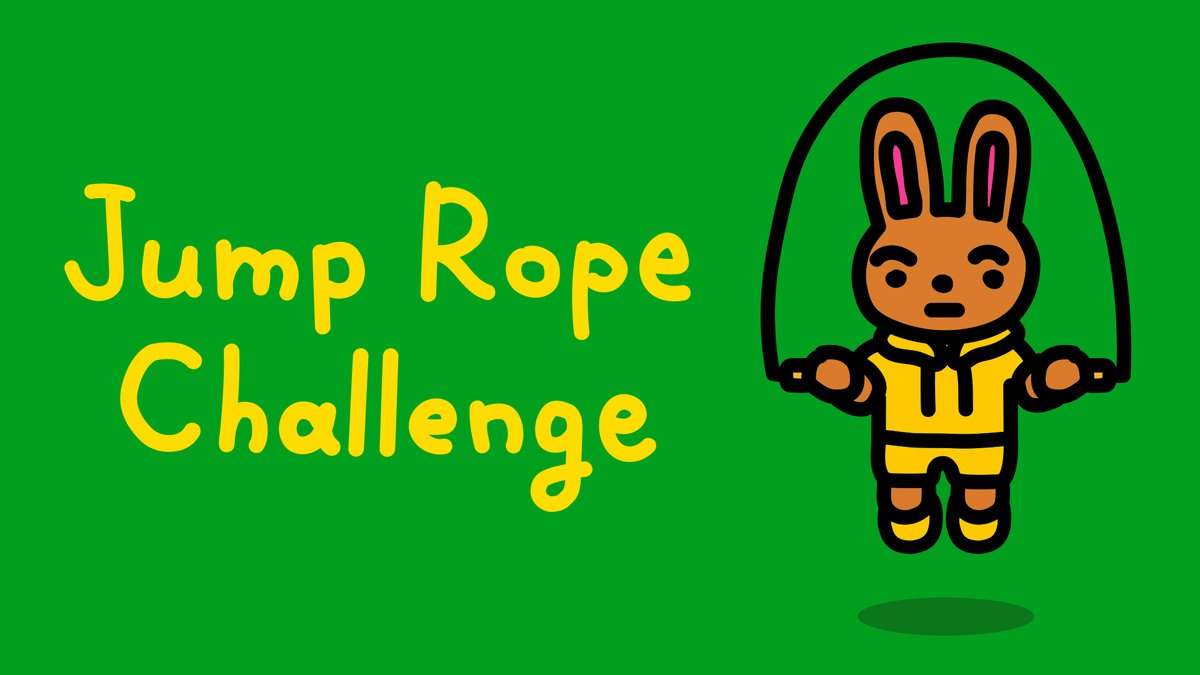 Nintendo is among the many gaming entities affected by the continuing COVID-19 pandemic. And like the rest of the world, the company's Japanese developers have been left to work the majority of this emergency period from their homes. At some point, they would need to get up and stretch or exercise their limbs, so that's when a light bulb went off. A handful of the company's developers have put their heads together while working from home to create a new exercise game called Jump Rope Challenge and they've released it absolutely free.

The idea behind Jump Rope Challenge is simple. Players grab their Joy-Con controllers and use them as the makeshift handles of a jump rope. They can then use the motion controls on the Joy-Cons to virtually jump rope and either get their daily workout in while aiming for a high score. It's as simple as that. They can even jump rope with a friend for a co-op workout.

And because it's as simple as that, Nintendo is releasing this software free of charge. It's being billed as a limited-tim release, so don't sleep on this one. It'll only be available on the Nintendo eShop until the end of September.

Jump Rope Challenge may not have all the bells and whistles of a Ring Fit Adventure. However, given that the $80 exercise package has proven incredibly elusive to find throughout this pandemic, this free alternative may prove to be a godsend for those still hoping to get a workout with their Switch. It should at least kill some time while waiting for Ring Fit Adventure to get back in stock. (And yes, Nintendo claimed earlier today that Ring Fit Adventure was back in stock, but good luck finding it!)

Jump Rope Challenge is available now on the Nintendo eShop. Grab your Joy-Cons and get some exercise in while there's still time. And remember to grab it fast, because it goes away at the end of September.