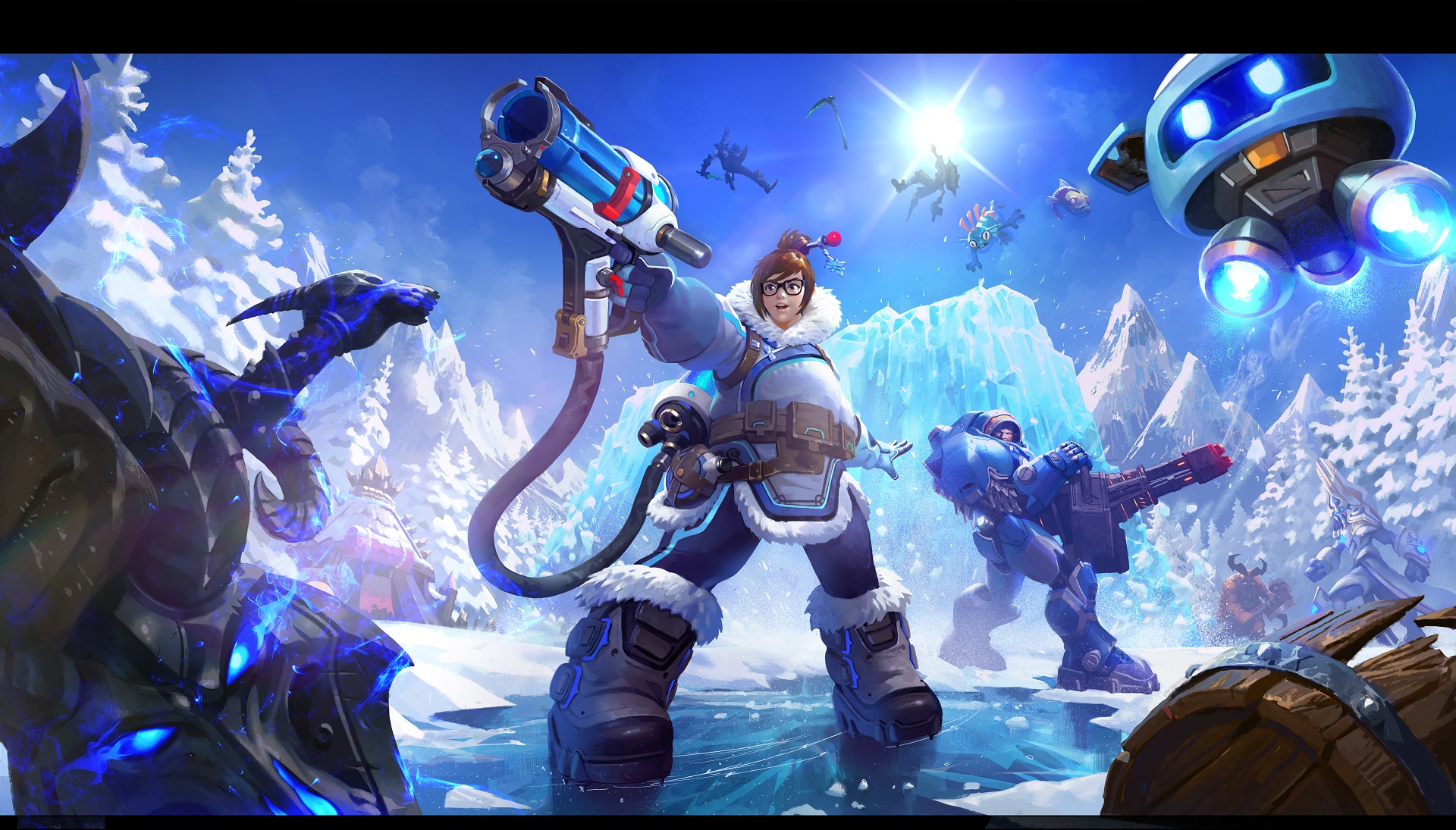 Heroes of the Storm chills with Overwatch's Mei for Nexomania 2

The first Nexomania event wound up being one of Heroes of the Storm's most unique events. It's one thing to run an MMORPG with a recognizable pantheon of heroes, but to then blend in a professional wrestling atmosphere? That's a fun idea and it looks like Blizzard agrees, because Nexomania is coming back. But on top of that, the game is getting a new character from sister series Overwatch in the form of ice queen Mei.

Mei joins a number of her fellow Overwatch heroes as part of the Heroes of the Storm roster. She'll bring along her various ice-related abilities to the table, working as a tank that specializes in crowd control. If she starts to get in over her head, she can use her Cryo-Freeze trait to encase herself in a block of ice, allowing her to recover health and also become Unstoppable during the duration of the move.

Mei's arrival coincides with the latest Nexus Anomaly, Climate Phenomena. This adds a number of weather effects to the game, giving a different weather effect to each battleground. Weather events will last a few minutes, but will repeat periodically until the end of each game. How the weather affects your specific hero will vary depending on the hero and the type of weather.

There's a lot of talk about ice and weather, but what about Nexomania? Well, there are a few more lucha libre-themed outfits for some of the Nexus' best heroes. Step into the ring with El Bandido Imperius, El Gato Batalla Lili, and Mal'gucho Mal'ganis. They join the other wrestling outfits introduced back in the 2018 Nexomania event for better wrestling action than whatever the hell that segment with The Street Profits and Viking Raiders from last night was supposed to be.