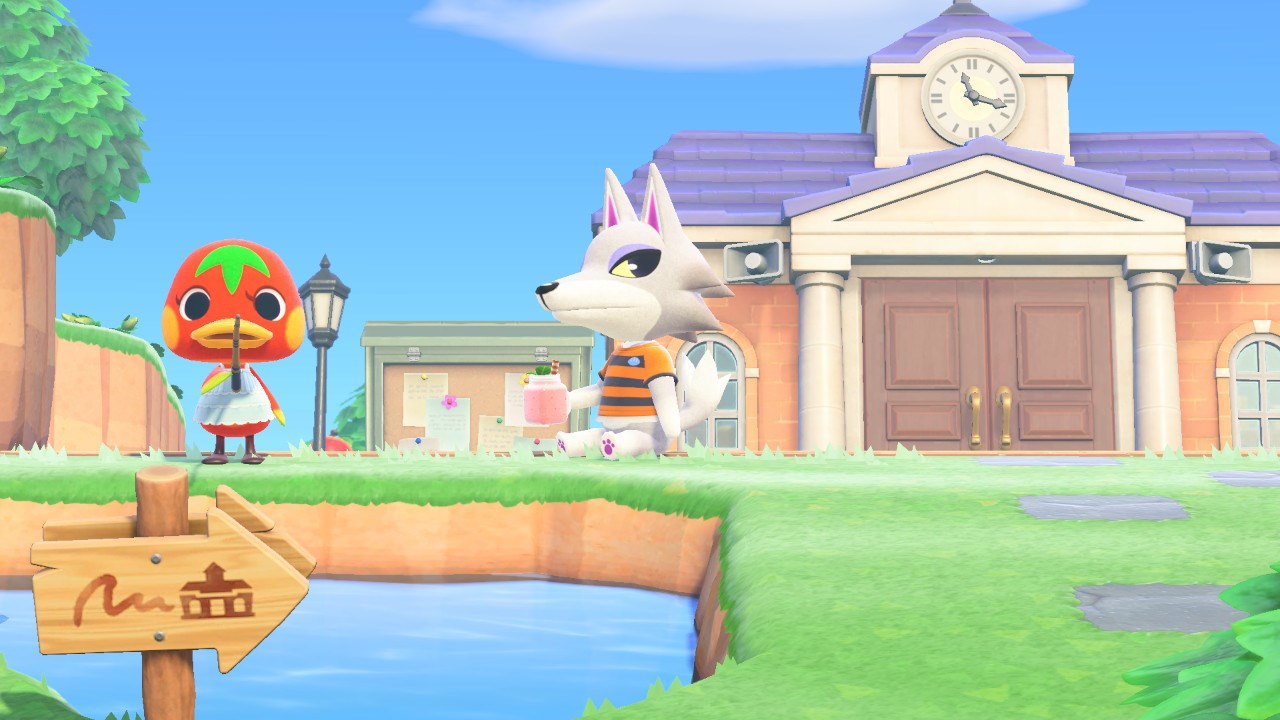 Animal Crossing: New Horizons is a fantastic game. I’ve spent more time with the game since its release than I have any other game on my Switch since I got it back in 2017. Despite how much time I’ve spent with the game, and how much I’ve enjoyed that time, there is always room for growth and evolution. That’s why we’ve put together this handy list of seven things we believe Animal Crossing: New Horizons desperately needs.

This one here makes the top of the list because we’ve seen quite a bit of outcry about just how dated and not good the crafting system currently is in Animal Crossing: New Horizons. The fact that you have to jump through loops of dialogue just to craft a couple of items, and the fact that you can’t craft in bulk really make for a slow go when you’re trying to craft up a ton of Fish Bait to go fishing for those rare and elusive sea creatures. Of course, one could argue that the point of Animal Crossing is to take things slow, but we’re sure there are many out there who would agree that an improved crafting and customization system would be very well received.

Our next item on the list kind of falls into the same category as the last one. If you’ve spent any amount of time in the game customizing your character, buying new clothes, or just visiting the Able Sisters or Nook’s Cranny to pick up things, then you’re already well aware of how painstaking the shopping system can be.

We’d love to see updates made to Nook’s Cranny which allows you to buy more than just one item in bulk at a time, as well as updates to the Able Sister’s fitting room. The fitting room is the only way to see all the things that Able Sisters has to offer each day and having to go through the process four or five times to purchase multiple items can be quite annoying. An update to these systems that includes a cart that you can check out with all at once would be fantastic and would make everyone’s life on our islands a little bit easier to manage.

Now this is a big one. There’s no getting around the fact that Animal Crossing: New Horizons’ online functionality is dated beyond belief. The limits to sending mail, the long load screens when waiting for people to visit your island, and the multiple prompts you have to go through just to even visit another island are all things that we all know and dislike.

On top of this, once you have someone over on your island, there really isn’t much else to do aside from fish, catch bugs, or just chill around the island. Sure, that’s cool and all, but if Nintendo removed a lot of the restrictions – like the one that locks you from placing items or even moving them when someone is over – we’d see a lot of more engagement with multiplayer. Imagine being able to have your friend over and having them help you situate an area on your island.

The loading screens, which we mentioned above, are also another huge red flag for online users. Where most games might let you set up a lobby for people to join all at the same time, Animal Crossing: New Horizons locks you into long loading screens that never really change. Making for a very boring experience – especially if you have multiple people over at one time. These might seem like big updates – and in some cases they probably would be – but these are quality of life changes that the game seriously needs.

We’ve all been there. You end up with a villager you don’t like, and you just want to get rid of it. Unfortunately, there’s no real way to do this without jumping through hoops. Sure, you could talk to Isabelle about the villager, but that doesn’t actually affect anything expect what they’re wearing or how they’re talking. If you really want to get rid of them you either have to wait until they leave naturally or force them out via a villager in the campsite (with or without an amiibo).

What we really need, is a better way to manage our villagers. Sure, we can already set up where they live and that kind of stuff but giving us freedom to kick other villagers out would be a really nice touch. Then we’d have even more reason to use our Nook Miles Tickets to search for iconic villagers, or just those that we really want.

Easier to use Island Designer controls

In the 300 or so hours I’ve played of Animal Crossing: New Horizons, probably at least 100-150 has been spent working with the terraforming system. It’s a great little feature that brings a lot of additions to the game, but in its current state, it’s absolutely ridiculous to use. The fact that you can’t see which square you’re aiming for in the game’s grid is annoying, often leading to you undoing and redoing work you already completed.

What’s worse is the game doesn’t offer any kind of separation between making and taking away. This leads to you sometimes deleting cliffs or water that you just placed down because the game doesn’t always register to the right grid of the island when you’re editing things. It’s annoying and hopefully we can get a better set of controls for the Island Designer in an update down the road.

There are a load of quality of live improvements that Animal Crossing: New Horizons would benefit from. We’ve already touched on some of these in our entries above, but there are a couple additional ones we want to point out in this section of the article.

While we’re sure there are plenty of QoL changes that people would like to see, a few that stand out to us the most include changes to the options that pop up on items. As it stands right now, they seem to flip flop depending on which item you’re interacting with. This can lead to you accidentally dropping things you meant to eat, or even eating things you meant to drop. Raise your hand if you’ve ever accidentally eaten a thing of Turnips while trying to drop them. Improvements to this could make the entire system mesh better and result in less Turnips being accidentally consumed.

Another QoL change we’d love to see is the ability to craft with items from your Storage. While you do have an inventory of 40 spots, it would be nice to have crafting pull directly from your Storage back at home if you don’t have those items on you. This would save a lot of time, as I’ve often had to run all the way across the island to grab supplies to craft something I wanted to make.

Finally, the last item on our list is one that we’ve seen popping up via third-party apps quite a bit. Planning your island out can be tricky. When you’re first placing down houses, you might not be able to put them exactly where you want. If you need to move them later on, then you’re going to need to drop 50,000 Bells. That can be a bit of a struggle for some players out there. That’s why it would be nice to be able to plan out your island via an island planner.

Now, we’re not really sure what the best way to implement this would be, but we’d love to see Nintendo throw in something that allows you to import your current island layout and then work around with it to get what you want out of it. This would give players more control over how they want their island to look in the end and save people a lot of time and Bells.

These are just seven things we think that Animal Crossing: New Horizons is missing. If you’ve got any features or requests that you think Nintendo should add, then we’d love to hear about them in the Chatty comments below.