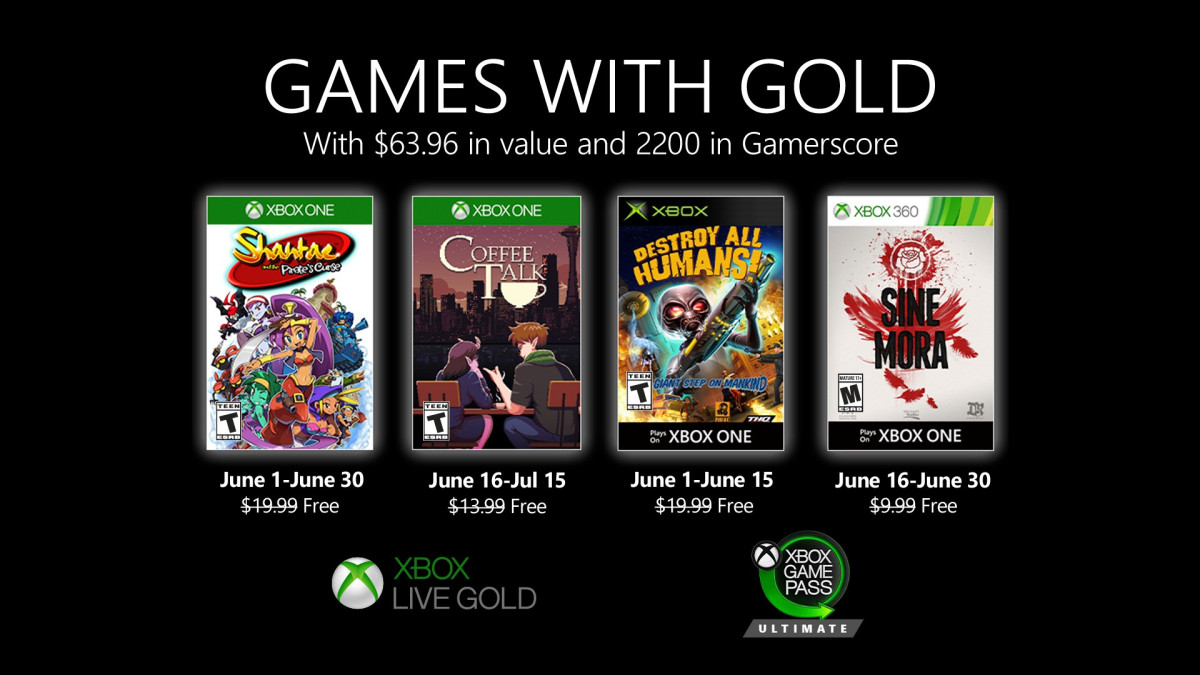 There’s a solid level of variety among the four games included in June’s Games with Gold entries. From the magical adventures in Shantae and the Pirate’s Curse, to the much more quiet and chill simulator gameplay of Coffee Talk, there’s a good deal of options here.

The most significant of the titles listed here is Destroy All Humans. This open-world power fantasy puts players in the shoes of alien invaders, and encourages them to do just as the title suggests. “Fire ray guns, throw cows, or even disguise yourself as a puny human as you take one giant step on mankind.”

With a remake of the classic action-adventure coming in July, now is an excellent time to bring Destroy All Humans to a wider audience on modern consoles. As for Xbox’s subscription services, it was recently announced that Hello Game’s No Man’s Sky would be coming to Game Pass in June.