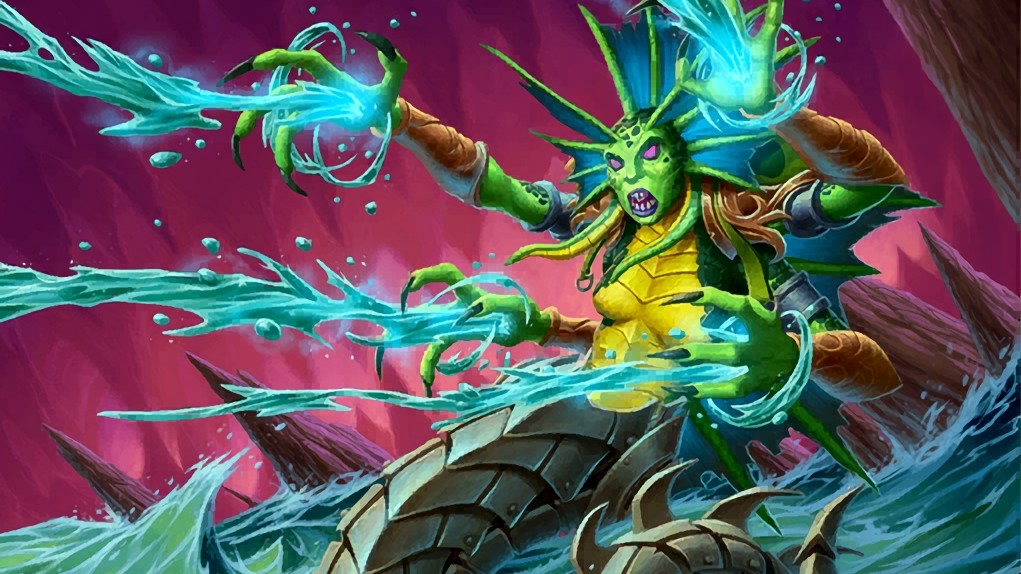 It was a fun couple of weeks for Hearthstone's newest class, the Demon Hunter. Even with a series of day two nerfs, it's been dominating the Standard meta. But now Blizzard is taking further aim one of the Demon Hunter's biggest weapons, while also offering some significant buffs for a handful of new Shaman cards.

The following balance tweaks will be implemented on May 18, according to the Hearthstone website:

The latter eight cards are now eligible for full dust refunds for those who would rather not play them in their newly-nerfed forms. However, looking at these changes, there's nothing that's particularly game-breaking or unreasonable. Many of the stat changes don't affect the accompanying effects, which are what make those cards playable. The only exception there is Blackjack Stunner, which now feels a lot more fair for its 1-mana cost.

Blizzard also looks to be trying to give Shaman a much-needed boost. The Lurker Below, specifically, feels much more playable now, with its new 6/5 stats bringing it more in line with other Legendaries. I mean, it's a Legendary. It shouldn't have the same stat line as the Fire Elemental if it costs the same, right?

These balance changes will go into effect on Monday, May 18. Stay tuned, as we'll keep our eye on any further Hearthstone changes as they come in.