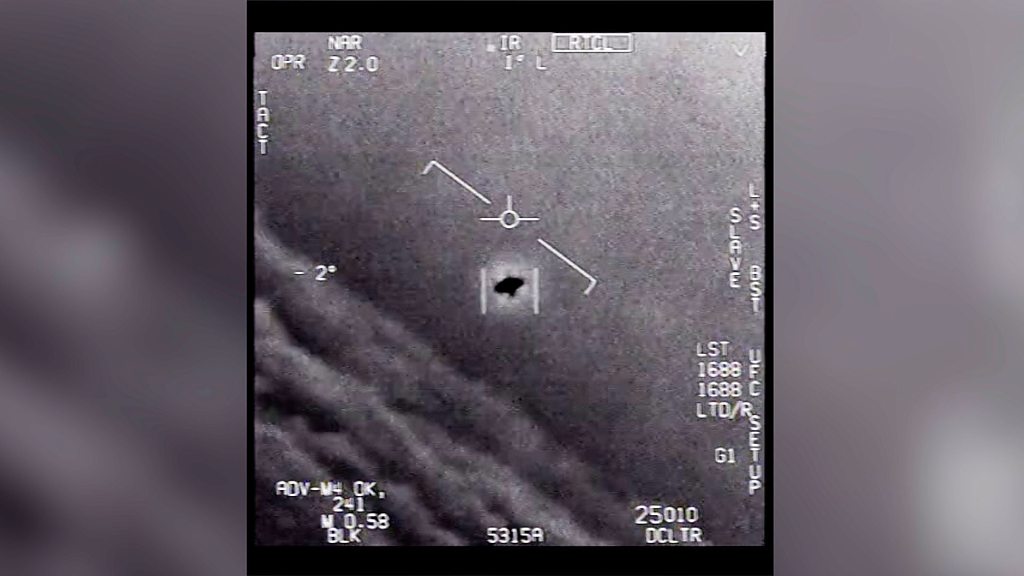 Footage from The Pentagon basically confirms aliens and UFOs

It looks like we truly aren't alone. The US Department of Defense has released three declassified clips showing what it refers to as "unexplained aerial phenomena." That is to say, UFO. The alien kind.

The videos had already been leaked in 2007 and 2017, but the Pentagon had taken upon itself (yes, in THIS economy) to "clear up any misconceptions by the public on whether or not the footage that has been circulating was real." Okay, cool.

The videos had been published both by the New York Times and former Blink-182 singer Tom DeLonge, and their publication caused a bit of an uproar. In one clip, you can see a round object hovering above the water in the Pacific Ocean. The other shows objects moving around in the air that appear to be rotating. Here's what the Pentagon had to say.

"After a thorough review, the department has determined that the authorised release of these unclassified videos does not reveal any sensitive capabilities or systems, and does not impinge on any subsequent investigations of military air space incursions by unidentified aerial phenomena," read an official statement.

"DOD [Department of Defense] is releasing the videos in order to clear up any misconceptions by the public on whether or not the footage that has been circulating was real, or whether or not there is more to the videos. The aerial phenomena observed in the videos remain characterized as 'unidentified'."

There you have it, folks. Real, honest-to-goodness UFOs. But what does this mean? Well, it means the government had no idea what these things were, and it still doesn't. And since we're all stuck in our homes for the time being, we can spend some time positing whether or not these crafts were alien in nature (sure looks like it) or if they were something else entirely.

So, uh, yeah. As long as it has nothing to do with Crypto, we should be all good, right?