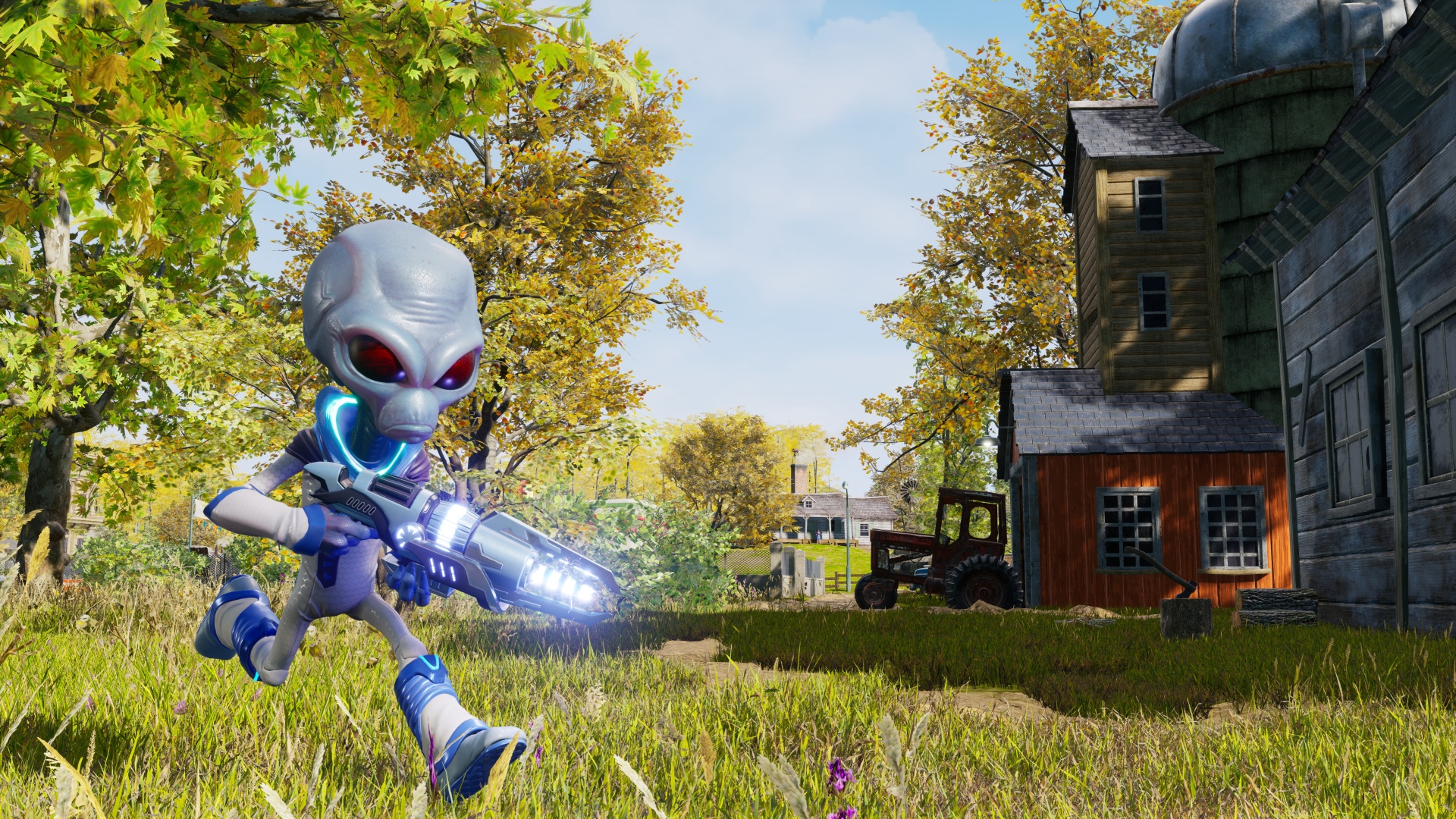 Destroy All Humans! remake beams up with July release date

Destroy All Humans! is ready to make its official comeback this July, as it's finally been dated for release.

THQ Nordic and Black Forest Games announced Destroy All Humans!' triumphant return via press release as Crypto-137 heads back to 1950s Earth to terrorize the unsuspecting townspeopl. The cult classic game finds you harvesting DNA and trying to topple the US government, which honestly doesn't sound that bad considering what's going on in the world right now.

As Crypto, you'll annihilate humans with both sophisticated alien weapons and psychic abilities, all while cracking jokes and openly expressing your disdain for the likes of humanity. Sounds pretty great. You can throw tanks around with the Abducto Beam, crush farmers with cows with psychokinesis, and even kill humans with their own hats. Wow, well, Crypto isn't a very good guy.

Sound like fun, though? We thought it might. You can pick up the Destroy All Humans! remake when it launches on July 28 on Xbox One, PlayStation 4, and PC via Steam. It will come in two special editions: the $400 Crypto-137 Edition and the DNA Collector's Edition.

NEO: The World Ends With You is an upcoming sequel to the popular DS JRPG
Login / Register