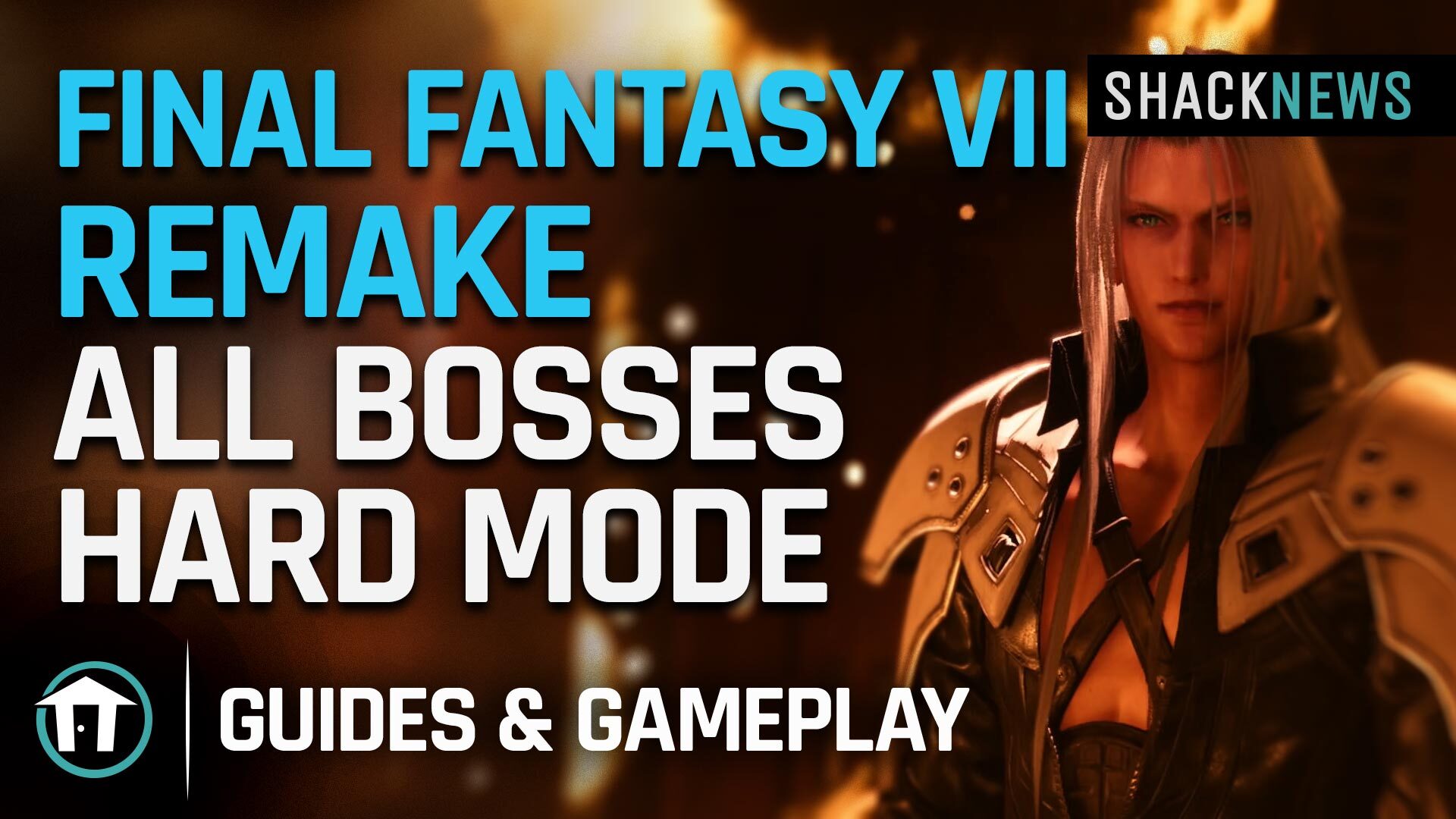 There are a lot of bosses in Final Fantasy 7 Remake, and each fight offers its own challenges for players to overcome. But, if you want to complete all the boss fights on hard mode, then you’re going to need to really bring you’re a-game. That’s why we’ve put together this handy guide, which features detailed explanations on what we learned in each and every boss fight.

If you’re looking to play through Final Fantasy 7 Remake on hard, then we’re here to help. Each of the 28 bosses featured in the game will require you to use all of your knowledge to bring them down. Thankfully, we’ve put in a lot of the legwork here, and you won’t have to learn the patterns and best setups yourself.

You can check out the video that we’ve embedded above for detailed information on every boss fight in Final Fantasy 7 Remake. To make things easier, we’ve even outlined where to find each boss fight in the video in the list below. Of course, if you’re having trouble, we recommend checking out the individual sections for the boss fight giving you issues, and then trying your hand at things using the methods and setups that we provide.

Here is a full list of all the bosses in the video, as well as their timestamps:

You can check out the Shacknews YouTube or the GamerhubTV YouTube channels for even more content like this, and be sure to head over to our Final Fantasy 7 Remake guide for even more helpful articles.