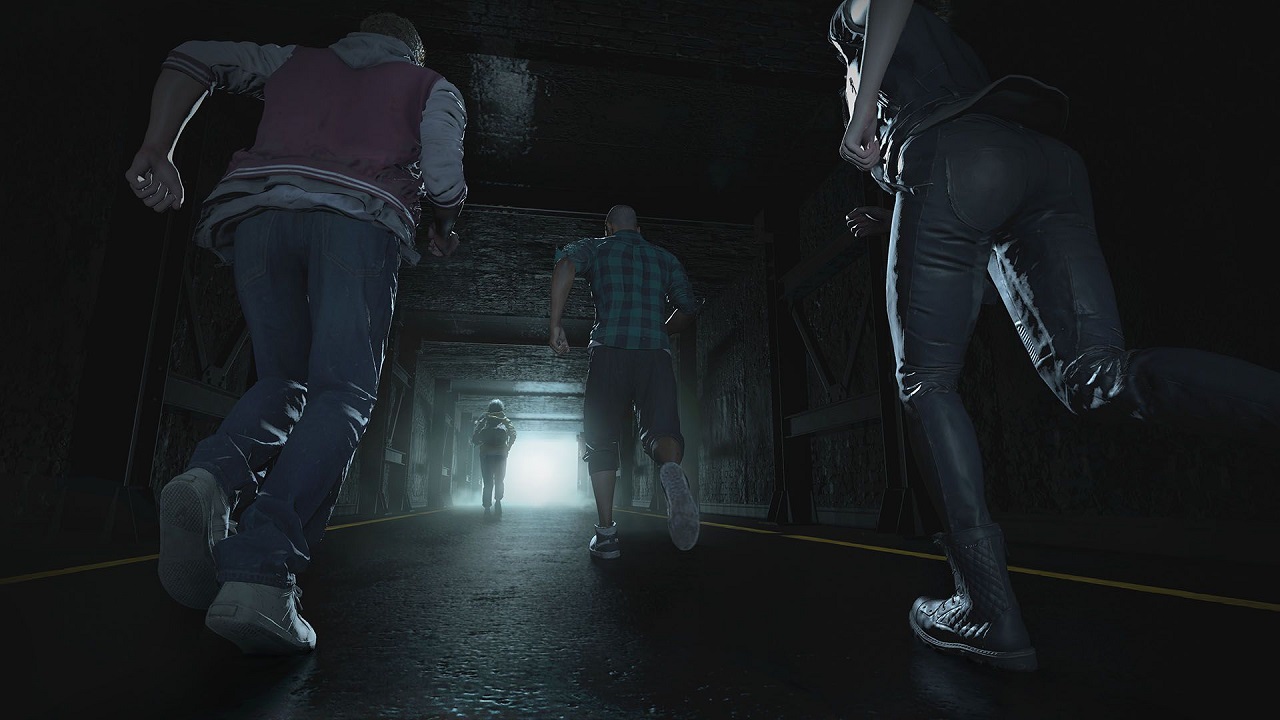 When it comes to asymmetrical PVP multiplayer games, there’s always a curve. Often these games are so many players versus one more powerful player or entity. As such, it’s almost always easier to be the one entity murdering teens, outrunning hunters, or stalking commandos. The value of the game is often in how the opposing sides are balanced as players on the coordinating side come to understand the game. Resident Evil Resistance aimed to take the RE remake style and aesthetic and adapt it to models made popular by the likes of Dead by Daylight and Friday the 13th: The Game. However, while Resident Evil Resistance brings a lot of great ideas to the table, the balance doesn’t quite feel like it’s where it should be.

The setup of Resident Evil Resistance is such: Four players take on the roles of various Raccoon City residents kidnapped by Umbrella. They are placed into scenarios where they must track down key items and complete objectives to escape the facility. Meanwhile, one player takes on the role of one of a few Umbrella villains as a “mastermind” to challenge the survivors and stop them from escaping by means of observing through different facility cameras and deploying traps and various zombie-infected humans, monsters, and bioweapons.

If the survivors can overcome objectives in three areas and make it to the exits before a timer reaches zero, they win. If the mastermind injures or kills the survivors, reducing their overall time, and eventually driving the timer to zero, the mastermind wins. It’s an interesting setup made all the more so on paper by the fact that each survivor has different skills and abilities that make them uniquely interesting, such as the hacker January being able to disable cameras for a bit or the healer Valerie being able to drop an area of effect recovery item when the team is injured. The masterminds are also unique. Annette Birkin can summon packs of undead dogs and her mutated husband William while Daniel Fabron can call in riot armored zombies and the infamous Mr. X tyrant. Each side has some cool tools to choose between which can be augmented by the fact that level ups unlock ability tweaks to make your survivor or mastermind play to your style.

The maps are also kind of cool as they feature a number of interesting locales including a typical Umbrella laboratory, a casino, and even a wax museum. The objectives could use a bit of variation. It’s almost always collect the things, activate the thing with the collected things, and then go to the escape door. And when it’s not, it’s destroy the three test tanks and get to the exit door. The environments are quite neat, but the objectives are just a bit too samey per scenario.

That said, the ideas are great and the use of Resident Evil lore throughout Resistance is very fun… when it works properly.

As mentioned before, the true test of a lopsided PVP game is in the opportunity for the weaker players to compete with the overpowered one. Resident Evil Resistance definitely has some room for this kind of growth with the constant level ups for using a survivor regularly and equipping them with things like extra melee damage, health, bullets, or other goods. However, the masterminds also get level ups and in addition to that, one or two of them stand out as just a bit much.

Take Daniel Fabron and his aforementioned armored zombie for instance. This creature is decked in riot gear and has both a spammable swipe attack and zombie bite. Because of the riot gear, this zombie must be either shot in the head (difficult if connections are bad, and more on that in a moment) or completely wailed on with strong melee weapons that still don’t seem to break their momentum. It wasn’t out of the ordinary for one Fabron I came against to spam these jerks and pretty much cripple my whole team. Then they’d send out Mr. X, who is all of that unstoppable fury, but rightfully so, to finish the job.

Sure, eventually players might level up to have more tools to deal with this, but Fabron players have access to that armor zombie very early on. It’s devastating to a team that doesn’t know how to handle it, and only slightly less so to a team that does. It’s a situation made even worse by the fact that each survivor can only be taken by one player. No doubles. It’s meant to push ability synergy, but it sucks when you’ve been leveling a survivor and you have to compete with other players to play the one you’re trying to make stronger, lest you have to pick a survivor you aren’t familiar with.

Then there’s the connection quality. For the time being, Resident Evil Resistance doesn’t seem to have its own servers. When a game is set up, the mastermind is set as the host. That means that everyone is at the mercy of whatever kind of connection the mastermind is packing. As a survivor, when you’ve got a fast-moving enemy like the dogs or an enemy that requires precision damage like the armored zombie coming at you, you have to have precise timing to place your hits. Meanwhile, they just get to swing away on you. To say bad connections are entirely in the favor of a mastermind is an understatement.

For all the gripes about Resident Evil Resistance, there is a lot of good underneath the muck of this game. For someone like me who has been through day ones of Friday the 13th and Dead by Daylight and the complete one-sidedness of someone picking a Wraith in Evolve, it’s a journey I want to take, if only because I hope against all hope that Capcom will put support into Resistance and make it a better and more balanced game. Jill Valentine is already an added survivor for the game and it would be so cool to see Resistance improve enough to see other Resident Evil releases like a Code Veronica remake bringing in Steve Burnside or Claire as a survivor and Alexia Ashford as a mastermind, or Resident Evil 4’s Leon as a survivor and Salazar as a mastermind. Heck, whatever option lets players play as Nemesis would be aces.

I have the patience to play the game and hope for that potential to be realized, but the unbalanced kickoff and silly decisions like attaching hosting duty to masterminds is not something I expect many people to weather for long. Resident Evil Resistance could be so much more with what it has on the surface, but what’s under the hood needs some thoughtful tweaking if Resistance is indeed a cause worth fighting for.