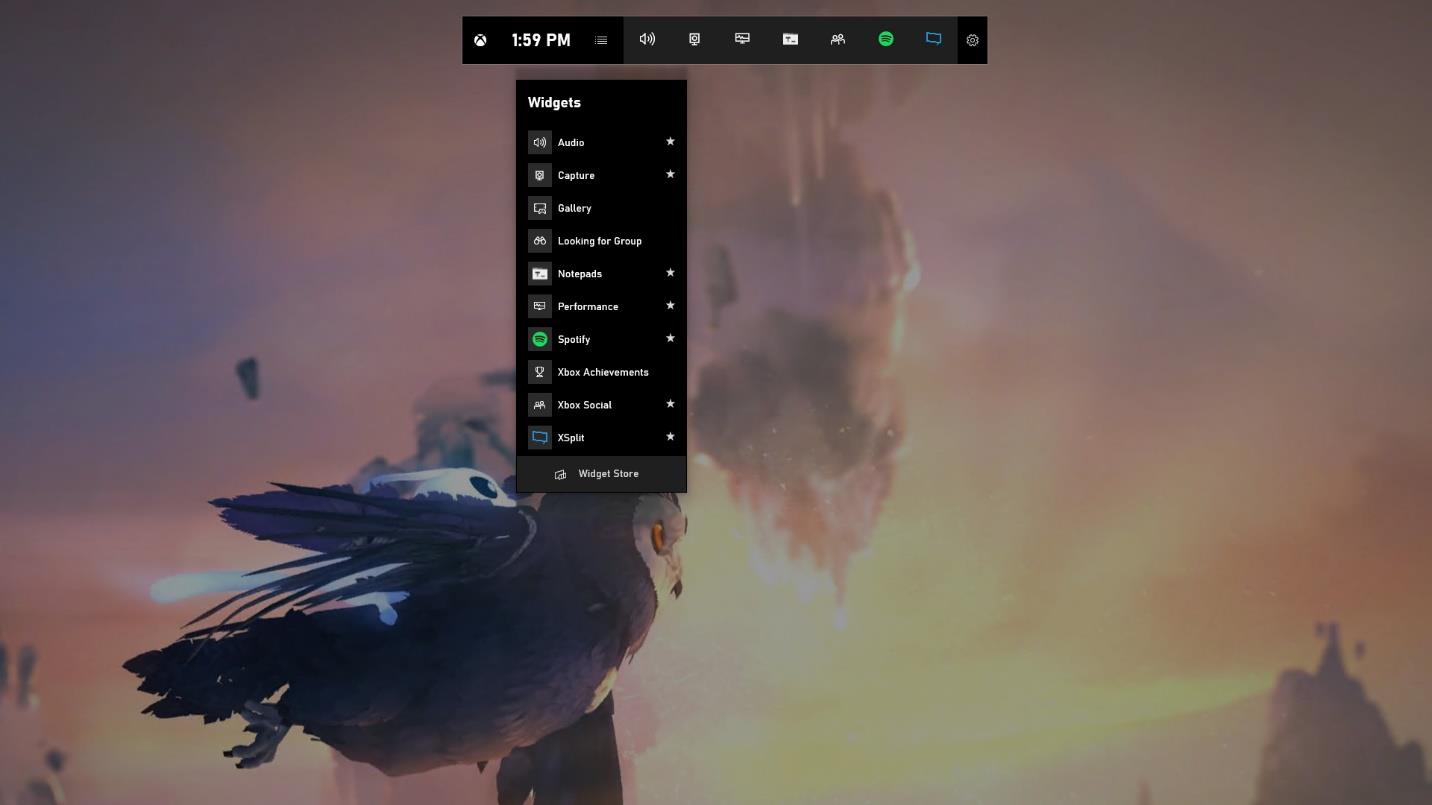 It's been almost a full year since Microsoft took its old Game Bar feature on PC and redubbed it the Xbox Game Bar. The Xbox Game Bar has been running on updated versions of Windows 10 and during Tuesday's Inside Xbox presentation, it was revealed that the feature would get a few significant updates in the form of widgets.

The Xbox team's goal with Xbox Game Bar widgets is to give players an option to access other apps other than using Alt+Tab. The two primary widget additions come from XSplit and Razer, each offering widgets for Gamecaster and Cortex respectively. Players can access these new tools from the Game Bar Widget Store, which will be housed in the Game Bar menu, which is accessed by hitting Win+G on any updated Windows 10 PC.

For XSplit, integration with Game Bar means offering Gamecaster tools directly without leaving the game. Users can start and stop their broadcasts, interact with their chat, and optimize their settings straight from the widget. It's fully customizable, so users can set it however they want and keep whatever they want on screen while streaming. While Microsoft is aiming this feature at their Mixer users, this will also come in handy for anybody using Twitch or YouTube.

The Razer Cortex widget is in beta, but it'll provide direct access to some of Razer's most popular features, including the System Booster. For those unfamiliar with the program, the System Booster helps PC users end unnecessary processes and delete junk files in an effort to free up more resources for gaming. Other Cortex widget features will include updates on Razer's Paid to Play program and a feature to find the best deals on PC games. (You know, in case it isn't the weekend yet.)

While XSplit and Razer are the big entities releasing widgets, Xbox is hopeful that the average user can help in creating future widgets. The Game Bar SDK is in beta and now available for any aspiring developer looking to build their own custom widget for the Xbox Game Bar. The Xbox website will have more information on how to proceed further. The updated Xbox Game Bar, along with the XSplit and Razer Cortex widgets, are available now.