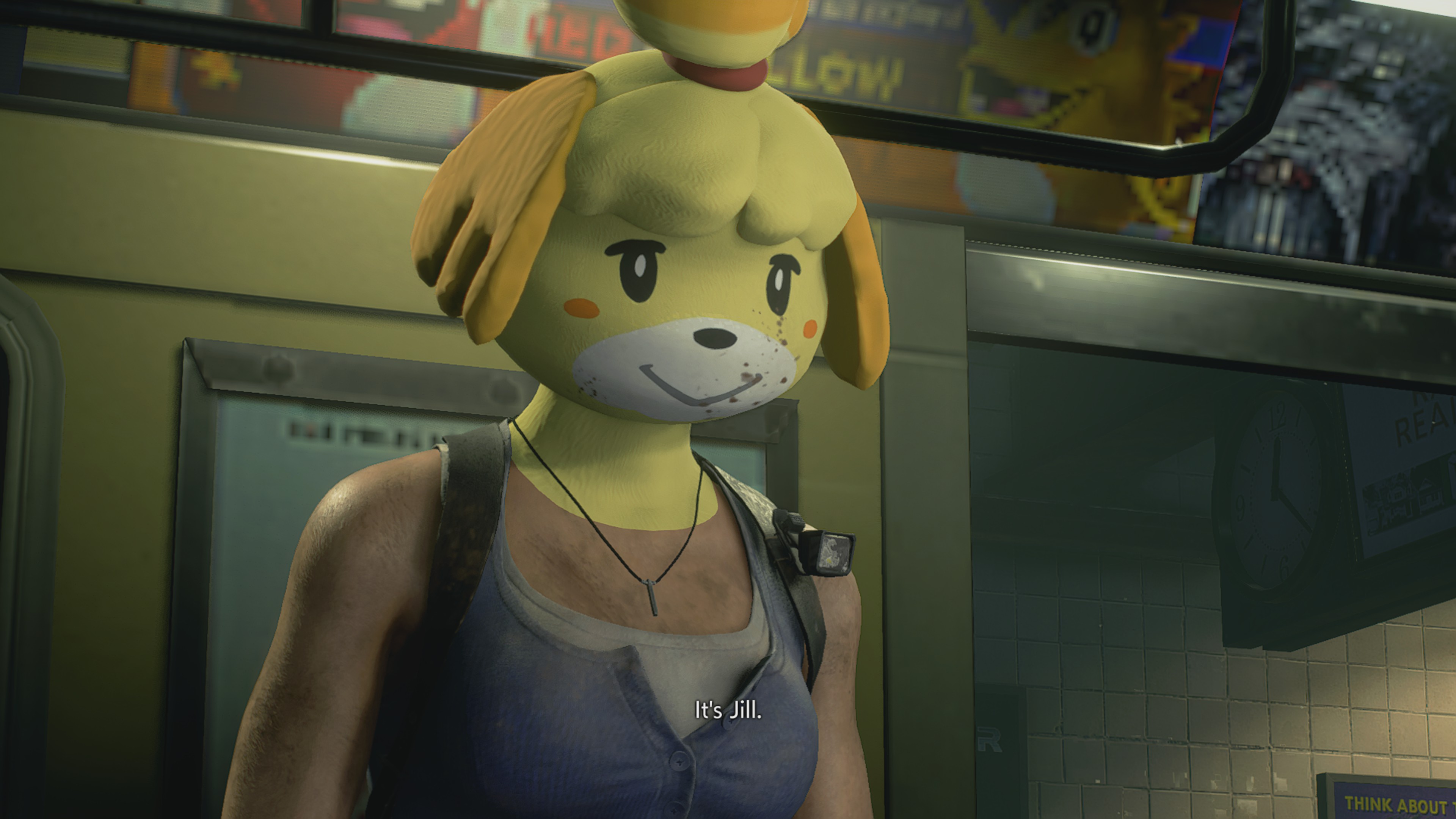 Resident Evil 3 welcomes Isabelle as Jill with this new mod

Resident Evil 3 Remake is great and all but you know what it could use more of? Animal Crossing's Isabelle. Yes, everyone's favorite, pure little pup from the life sim we all know and love.

You can supplement your playthrough of Resident Evil 3 with your very own mod, by way of Nexus Mods user XxCRAZYPOTATOxX, who has blessed us all with an "Isabelle Mask." It doesn't replace your Jill model in-game with Isabelle per se, but instead throws a fun mask over our S.T.A.R.S. member for some truly hilarious moments. Just look at little Isabelle blowing zombies away below. It's a lot like her dreams of ripping and tearing with the Doom Slayer.

Isabelle really fits in with these darker atmospheres, and we totally stand by that. You can grab the mod for free via the link above and get down to business wrecking zombie fools ASAP with the help of the precious yellow pup.

And what of Resident Evil 3 itself? Well, our own David Craddock reviewed it and awarded it a 9 out of 10. Here's what he thought.

"Fans spent over 20 years clamoring for a remake of a specific entry in the series, and it wasn't Resident Evil 3. Let that serve as proof that developers often know what we want better than we do. I did not go into this review expecting RE3's reimagining to be the best Resident Evil I've played, or one of the best games I've played, ever," he wrote.

"Every inch of Resident Evil 3 has been polished to a blinding sheen. From gameplay and replay value, to the overhauled story and environments, this game is a masterpiece, and the new standard bearer for Capcom's franchise."