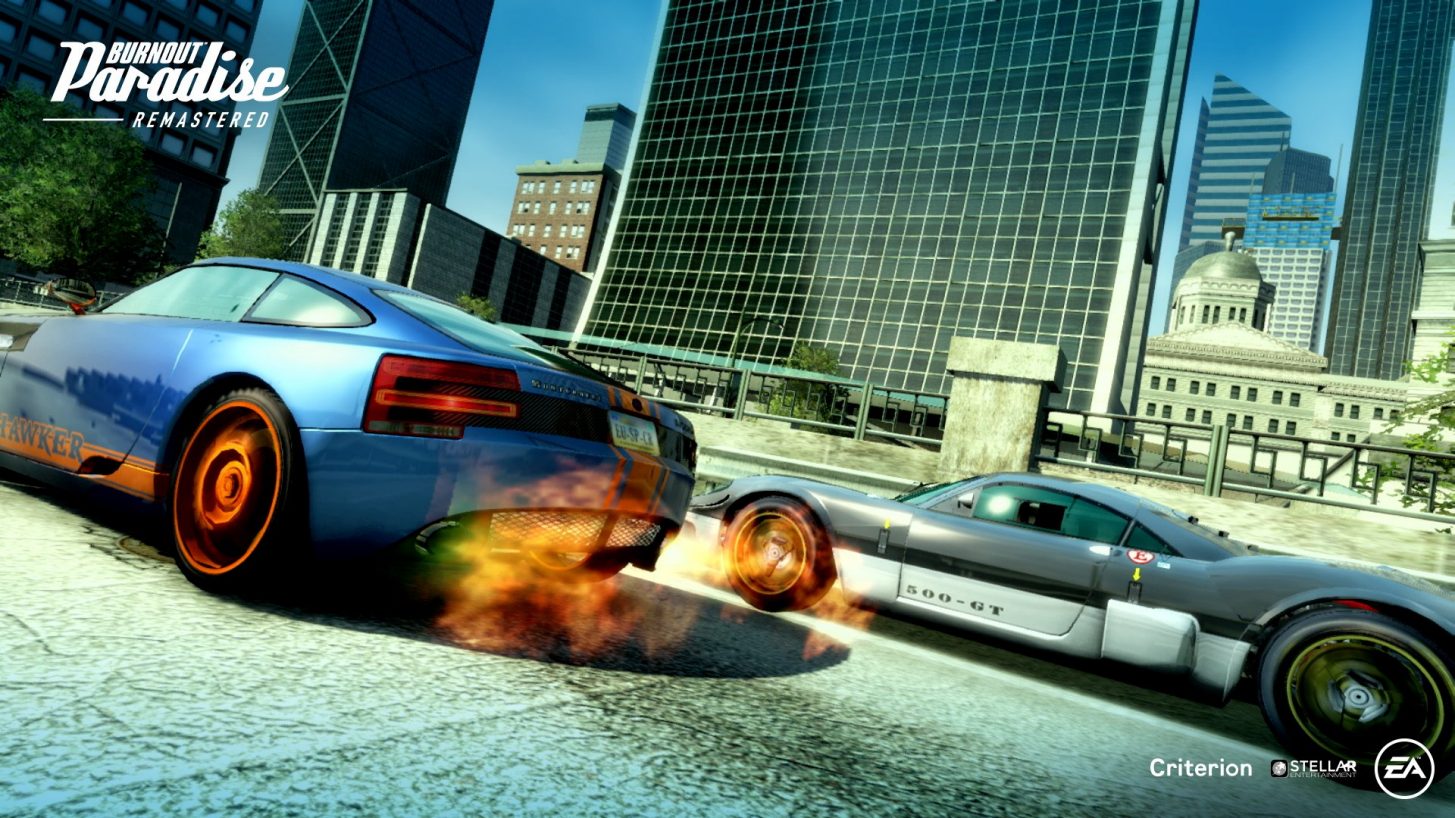 Get ready, racers, because Burnout Paradise Remastered is coming to the Nintendo Switch in 2020. The announcement was made as part of today’s surprise Nintendo Direct Mini. Please watch the official trailer below.

What’s even better about this release is that, according to a post by EA, players are getting the full Burnout Paradise experience with this release, including all DLC and cars.

The Burnout™ franchise races onto Nintendo Switch for the first time ever in 2020! With its arrival, racers will be able to wreak havoc in Paradise City wherever they want, adding yet another dimension to the ease of play and thrill of this action racing classic. All eight main DLC packs, all cars, all the arcadey fun – and for the first time ever – all available on the go.

Burnout Paradise Remastered will be optimized for the Nintendo Switch. It’s said to run at 60 frames per second, include high-resolution textures, and include pinch-and-pull map control. Players will be able to enjoy the action solo, with up to eight players in multiplayer, or via local co-op.