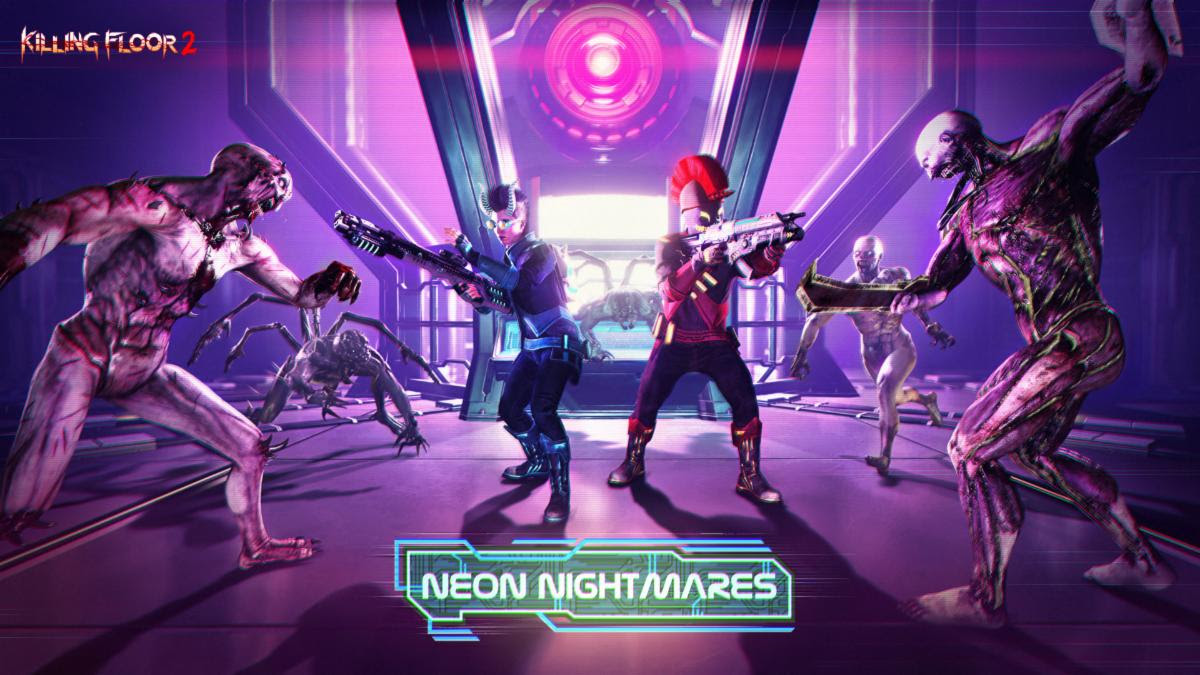 If there's one thing that's noticeable about Killing Floor 2, it's that the color palette starts to look a bit monotonous after a while. There's a lot of brown, a lot of gray, and a whole lot of red. Maybe it's time to change the visuals up a bit and that's just what Tripwire Interactive is doing with the game's next big update, Neon Nightmares.

Killing Floor 2's Neon Nightmares takes players into a new map called Biolapse, crafted by the Killing Floor community. It's a large facility containing 11 floors, as players ward off Zeds across different levels. Pump them full of lead or use an environmental trap, like the Blood Blender trap that slices and dices any foes that fall in.

If you're looking to straight-up charbroil some Zeds, you can use the new HRG Incendiary Rifle. This is a mod for the M16 M203 Assault Rifle that equips it with incendiary rounds and grenades. Even if you miss with the grenades, they'll leave behind a patch of flames that will damage any Zeds walking over them. Those who would rather pay a few bucks can pick up the Compound Bow, which grants players both sharp, piercing arrows that can be reused and cryo arrows that can freeze enemies.

The Killing Floor 2 Neon Nightmares update is up and running right now on PC, PlayStation 4, and Xbox One. If you need more of an incentive to jump in, players will get double XP and quadruple the item droprate from now through March 31. If you have yet to play Tripwire's horde game, it'll sell for under $10 on Steam from now through next week. For more on today's update, be sure to check out the Tripwire Interactive forums.