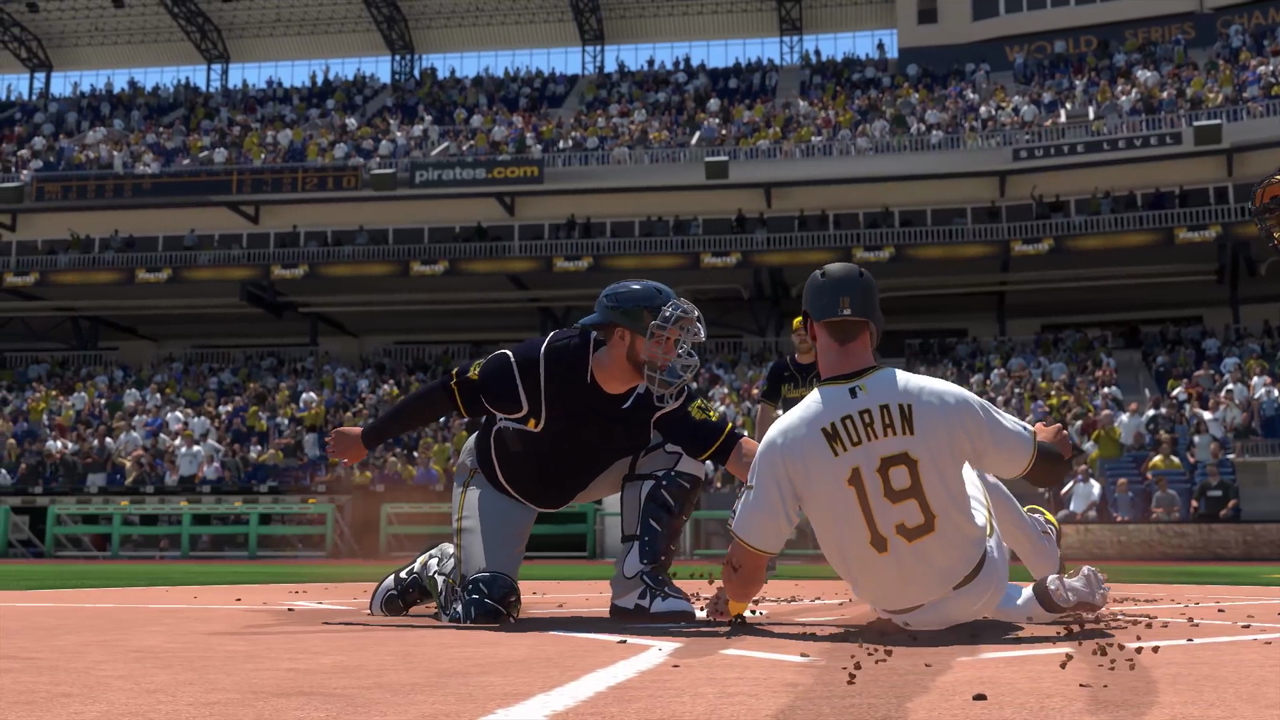 MLB The Show 20 review: An admirable stand-in for the real thing

Like just about every other professional or amateur spectator sport in the United States, Major League Baseball chose to pre-emptively postpone the start of the 2020 season due to concerns about the current coronavirus pandemic that has put the globe into a holding pattern. Thanks to some fortunate timing, the folks over at Sony’s SIE San Diego Studio just delivered the latest version of their long-running baseball simulation, MLB The Show, to digital store shelves. Fortunately for baseball fanatics and those looking for an enticing distraction from mandated or self-imposed quarantine, MLB The Show 20 delivers the goods. Absolutely loaded with content, The Show has an entire summer’s worth of stuff to do and is an outstanding digital representation of its real-life counterpart. This year’s incarnation may be a little lite on new additions and changes, but the foundation it’s built on is strong enough to make it an easy recommendation to any interested party.

For prospective buyers who know little or nothing about the series, MLB The Show can arguably be declared the best digital representation of a professional sport on the market. It is chock full of the smallest details that may only be appreciated by diehard fans while managing to be approachable enough for novices. All your favorite players from today and many from years past are available in some form or another. There is an embarrassment of riches when it comes to player personalization in the form of equipment for players who live to ensure Miguel Sano is wearing the correct wristbands.

All of the Major League Baseball stadiums are recreated with stunning accuracy and while the minor league parks share common templates, they are nearly as fun as some of their real-life counterparts. The sounds of the game are as spot-on as the rest of the presentation, with ambient crowd chatter, stadium organ jams, and dugout noises being indistinguishable from the real deal. Play-by-play man Matt Vasgersian and friends are back for another year and do an adequate job at calling the on-field action.

Suns out, guns out

Graphically, the game is as strong as ever. It largely looks the same as the last two iterations of the franchise, meaning it does everything well with no glaring faults. As with any sports title that arrives in the twilight of a console generation, MLB The Show 20 is at a point where it has squeezed every amount of juice out of the PS4 hardware that can be squeezed. While the action manages to remain playably fluid during batting and pitching, expect to see some serious slowdowns during camera cuts, particularly during batter walk-ups and when the game focuses on multiple players congregating in celebration of a win. The HDR presentation is largely unchanged from last year’s edition but is still the most realistic-looking depiction of cyber baseball yet produced.

Any real upgrades in the presentation of the series are likely not going to arrive until the PS5 ushers in the next generation of consoles. With news breaking earlier this year that MLB The Show would eventually be appearing on rival platforms after fifteen years of Sony exclusivity, it is unclear exactly what direction the visuals will take going forward (especially if the indications that Nintendo’s Switch handheld may be seeing a version of the game in the future). As it stands now, MLB The Show 20 is likely the last hurrah for one of Sony’s most acclaimed exclusives and it doesn’t fail to stand side by side with its other exclusive siblings like Marvel’s Spider-Man or Uncharted 4.

Virtually all modes of play return from last year’s game, which would make the MLB The Show 20 package easy to recommend for those angling for lots of content. The team at SIE San Diego did not rest on their laurels in the offseason, though. Many of these modes are seeing significant upgrades, such as Road to October, which debuted last year. This mode lets you follow a team from the start of the season through a potential October run, dropping players into key moments that can win or lose ballgames. The mode now hosts all-new reward systems, call-ups from the Minor Leagues, a new Trade Hub, as well as new difficulty options to allow both beginners and veterans the chance to get the most enjoyment from the time invested.

The franchise mode returns mostly unchanged from previous iterations, though you now have the possibility to relocate your team, including creating new logos and uniforms. Sadly, there is no stadium customization. The lack of meaningful manager customization, fantasy drafts, or improvements to the anemic scouting system is also a letdown. Online custom leagues did make the cut this season, which will be a godsend for players stuck in quarantine who want to dive deep with multiple friends. The addition of the full Minor League roster for use in Online Leagues, Franchise, and Road to October is a welcome addition.

Road to the Show, the series’ career mode, also sees some minor adjustment. The biggest change is the inclusion of relationships with teammates. Between the games, you play with your budding superstar, you must attempt to become soulmates with various teammates during locker room conversations and other off-field chats. Special performance boosts can be earned as these relationships blossom, though I admit this stuff feels like it belongs in one of those visual novel games that are popular on Steam. Such is the result of the tireless quest to turn every video game ever made into an RPG.

On-field action has always been a strong point for the series and the tradition continues with MLB The Show 20. Batting fanatics will love the new Perfect-Perfect batting feedback system that rewards perfectly-timed and aimed swings. While outfield play got a bit of a makeover last year, all defensive play benefits from some tweaks, including players that will lean towards the direction of a ball put into play without user input. This does help to make outcomes feel skill-driven instead of animation-driven, despite starting with an automated animation. The frequency of foul balls, errors, and the like will once again be up to the judgment of the players, but I had no major issues with how things played out.

Diamond Dynasty returns, offering a mode that revolves around card pack acquisition that I personally loathe in all sports games, but many find much enjoyment. To each their own, I say. Once again, the Stubs system is used to buy packs and items and can be earned by doing just about anything in MLB The Show 20. You can earn Stubs through determination and skill or by using a credit card. Thankfully, SIE San Diego’s implementation of this system is far less insidious than that of its contemporaries (*cough* 2K Sports, EA *cough*) and can offer lots of replayability.

Calling in the closer

MLB The Show 20 is not a paradigm shift or major reinvention of the franchise. It is last year’s game with another coat of polish and mostly welcome additions and adjustments. It is the quintessential late-generation console sports game — very solid at all the things it attempts to do as a result of years of iteration. Its performance shortcomings can be chalked up to aging PS4 hardware and its game mode omissions are easy to forgive in the face of so much content. If this proves to be the final Sony-exclusive baseball simulation that we ever get, the development team deserves to be proud of what they managed to squeeze onto a 50GB Bluray disc. 8/10 banging trash cans

This review is based on a PS4 key provided by the publisher for review consideration. MLB The Show 20 released for PS4 and PS4 Pro on March 17. 2020.