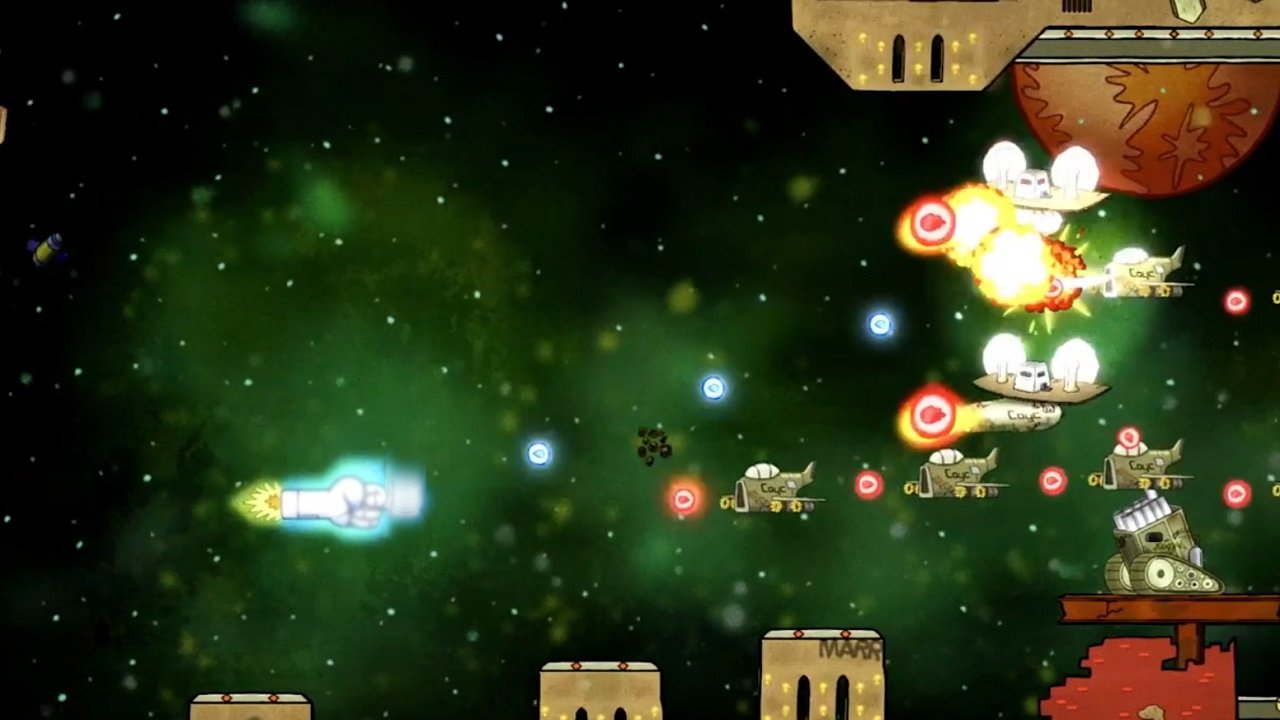 Freedom Finger isn’t a garden variety space shoot’em-up. Your ship is a hand in a perpetually offensive state and your mission is destruction of all enemies standing in your way, sometimes with their fellow enemies, all to the sounds of hip-hop legend Aesop Rock and other musical artists who created original music for the game. Freedom Finger launched in September 2019 on Steam, and now it’s coming to PlayStation 4 and Xbox One.

Wide Right Interactive announced the Xbox One and PS4 editions of Freedom Finger on its YouTube channel and Twitter on March 10, 2020. Set to launch on March 24, 2020, the new console editions bring all of the 40 musically-driven and handcrafted levels, alongside a wealth of new features including new musical tracks, unlocked and optional arcade and god modes, and additional language support. As you work your way to the American space station in defense of democracy, keep your finger strong and your resolve absolute. You can check out the PlayStation 4 and Xbox One trailer just below.

Freedom Finger always looked like a good irreverent time when it came out of the woodwork seemingly mocking schmups back in 2019. Even so, the game has a color, style, and pizazz about it that is distinctly its own, and it even does some neat and unique tricks itself for a shoot’em-up making fun of shoot’em-ups, like being able to steal enemies with your hand and use them against other adversaries. It’s worth noting that Nintendo Switch and Steam players that have been along for the ride since last September 2019 won’t be left out in the cold. The latest features of Freedom Finger will be made available to current players via the free Rhymesayers Update, which will launch on the same day as the console versions to keep all platforms on the same page.

If you enjoyed the wild tones, colorful art, irreverent nature, and good music of Freedom Finger, then get ready for March 24 when the next update lands on all platforms with the Xbox One and PS4 launch.