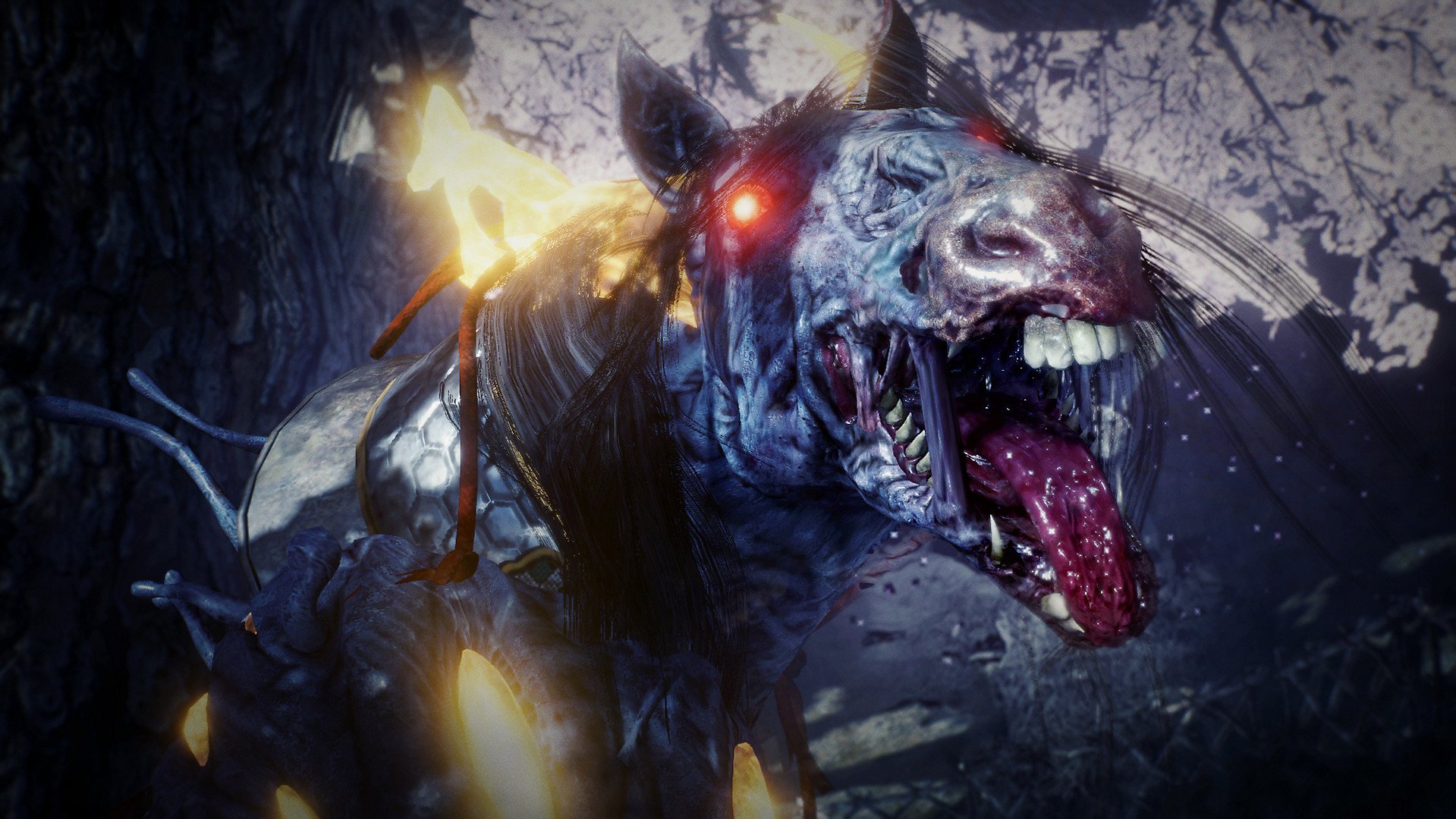 The Mezuki boss fight in Nioh 2 will be the first major hurdle players experience. This fight will ask you to put everything you’ve learned into practice, and without defeating this monstrous horse, you will not be able to progress further.

By the time you’ve reached Mezuki, you should have defeated at least one other yokai and acquired its soul stone. If you haven’t already, make sure you’ve inserted it into your Guardian Spirit as the additional moves will come in handy. You might also like to find and defeat the other yokais to gain more moves, potentially allowing you to use Souls Fusion to boost your favorite soul stone further.

This early on in the game, your choice of weaponry and skills are going to be limited. To this end, it’s better to focus on the weapon that feels the best, and then upgrade the stat that boosts its damage the most. In the case of the spear, that would be Skill. It could also be worth farming for some more levels to nudge your health or damage up as high as you can be bothered.

As for your yokai ability, chances are the only one you have is the Enki Soul, which offers the Monkey Dance spear throw. This should be used as much as you can throughout the fight. Every time it hits, you will do a bit of health and Ki damage to Mezuki.

In terms of your positioning, the main idea will be to stick to medium range. Use this space to read its moves, dodging attacks where you can and performing a Burst Counter at every opportunity. Close the gap after it performs a string of attack, get in a bit of damage and then bug out.

Try to save your Yokai Shift for the last third or quarter of Mezuki’s health. Typically, this will be after it exits the Dark Realm for the first time. When this happens, hit it with everything you’ve got and then clean it up with some basic attacks.

Mezuki might not be as chaotic or have as many moves as some later bosses, but it can still be overwhelming with its power. To this end, it’s important to know the moves you might see.

Sweep attacks: Mezuki will swing the cleaver around in a slashing movement that should be dodged or blocked.

Overhead slam: This can be interrupted with a Burst Counter. Don’t wait too long as it is a short move.

Charge attack: This can be interrupted with a Burst Counter. Wait until it gets close before activating it.

Buck: When standing behind Mezuki, it will buck, prepare to dodge this.

Left-hand grab: Its left hand will glow as it swings it overhead, trying to grab you. If caught, it will try to saw you in half.

Line attack: Swings its cleaver along the ground, sending out two shockwaves.

The Mezuki boss fight in Nioh 2 is challenging the first time around. The best advice would be to learn its moves so you can better anticipate and dodge them. With enough skill points spent, and the right timing of your Yokai Shift and abilities, you should be able to defeat it in a couple of minutes. Be sure to check out our Nioh 2 page for more helpful guides.