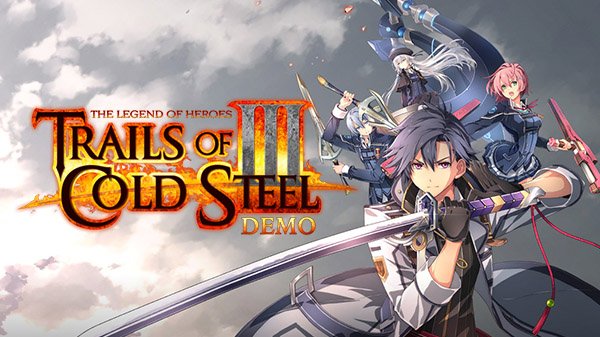 You can nab the demo via Steam if you're ready to check out the next installment of the game. It includes frame rate support up to 240/unlimited frames per second, customizable high-speed mode, key bindings, and ultra wide support. Plus, heey, it's part of the Legend of Heroes series, which you really owe it to yourself to get into.

"Rean Schwarzer uncovers a dark plot that threatens his homeland. To face their enemies, he must prepare a new generation of heroes as an instructor at a new branch campus and guide them towards victory," reads the official Steam description.

"Nearly a year and a half has passed since the Erebonian civil war, and much has changed since then. From the shifting stances of countries to the internal politics of the Empire, and even the life of Rean Schwarzer, the shadows of the past have given way to the embers of a new chapter. Now graduated from Thors Military Academy, Rean has become an instructor at the Thors Branch Campus, a newly-opened academy that quickly finds itself thrust onto the national stage. It is here that he takes the lead of a brand new Class VII, and must guide a new generation of heroes into an unknown future. Though all is calm now, the nefarious Ouroboros organization continues to weave a dark plot that could engulf the entire continent in war…or perhaps something even more sinister."

Though the PC version demo was released for US players, Japanese Legend of Heroes fans got their own version, too: the Nintendo Switch demo on the eShop in Japan. There's yet to be a release date for the Switch demo for North American players, but the PC version is releasing in full on Steam on March 23. The Switch version will follow this spring, though it'll be out on March 19 for Japanese players.

Are you stoked to give it a try? Be sure to let us know in the comments below.