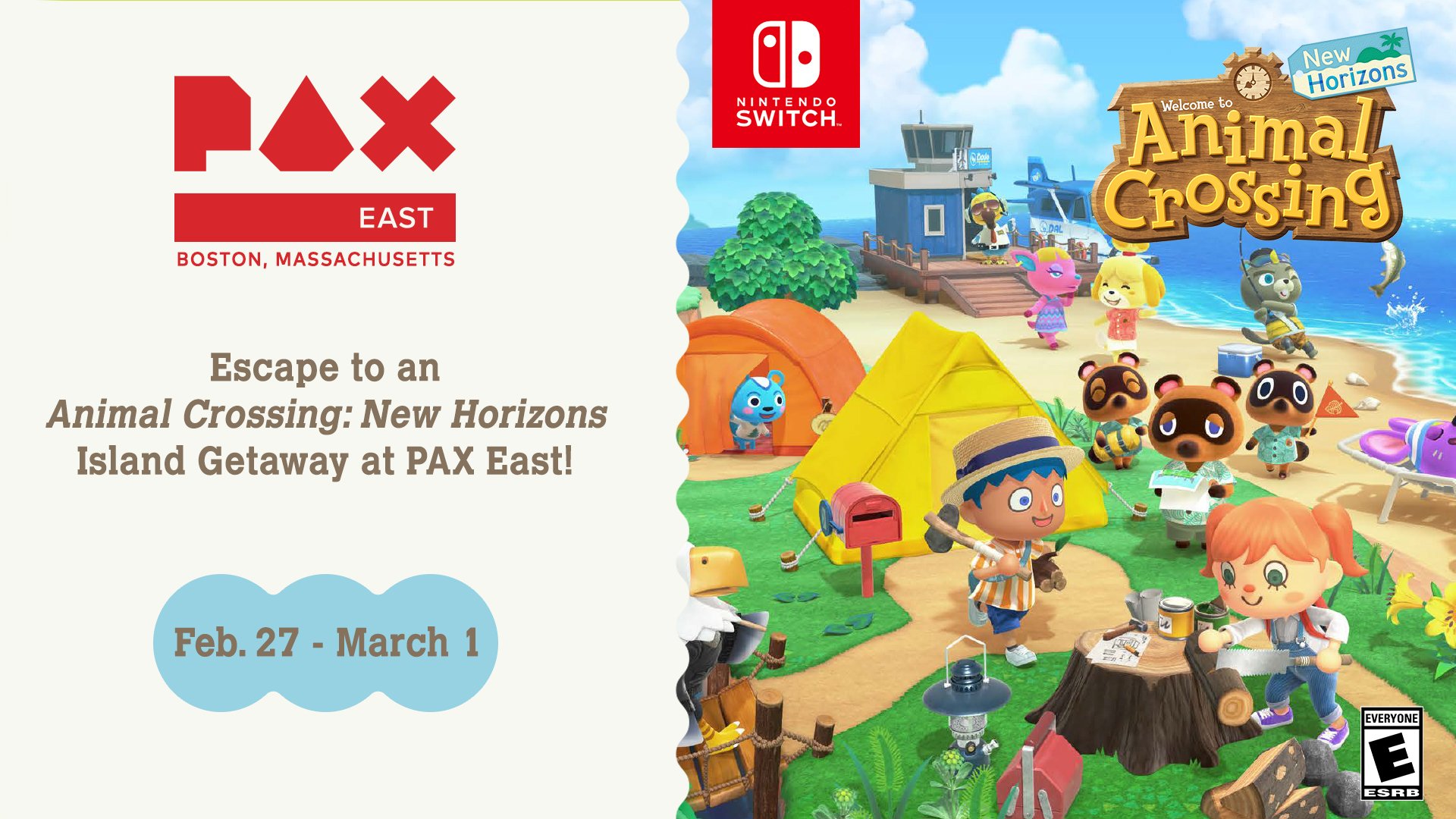 Nintendo is bringing the island getaway to you as you'll not only be able to play Animal Crossing: New Horizons, but you'll be able to take photos with characters from the game, special life-sized recreations of locations in the island-themed game, and you'll even get a Tom Nook tote bag after playing the game for your trouble.

There will be a guided showcase available for players to check out single-player mode as well as a variety of other activities, such as gardening, crafting, fishing, interior and exterior decorating, and interacting with other characters. In other words, it sounds like a blast for AC fans.

"We hope fans are eager to visit the deserted island paradise of Animal Crossing: New Horizons, so this year at PAX East we’re bringing the island with us and inviting all attendees to play the game for the first time," said Nick Chavez, Nintendo of America’s Senior Vice President of Sales and Marketing. "We’re looking forward to meeting with players and truly bringing our shared love of games to life."

If you're heading to PAX East, you may want to reserve a free Nintendo Warp Pipe Pass to use at the Nintendo Booth while there, because lines tend to wrap around the whole show floor. You can do that tomorrow starting at 5 PM ET via your Nintendo Account via the official Nintendo registration page, and reserve your own Warp Pipe Pass for PAX East Day 1, but make sure you act quickly, as they aren't unlimited.

There will also be a wide selection of Animal Crossing-themed goods you can purchase at the booth, so save up those bells. Try out the game, and then get ready for it to officially debut on Nintendo Switch on March 20. That's under a month away now.