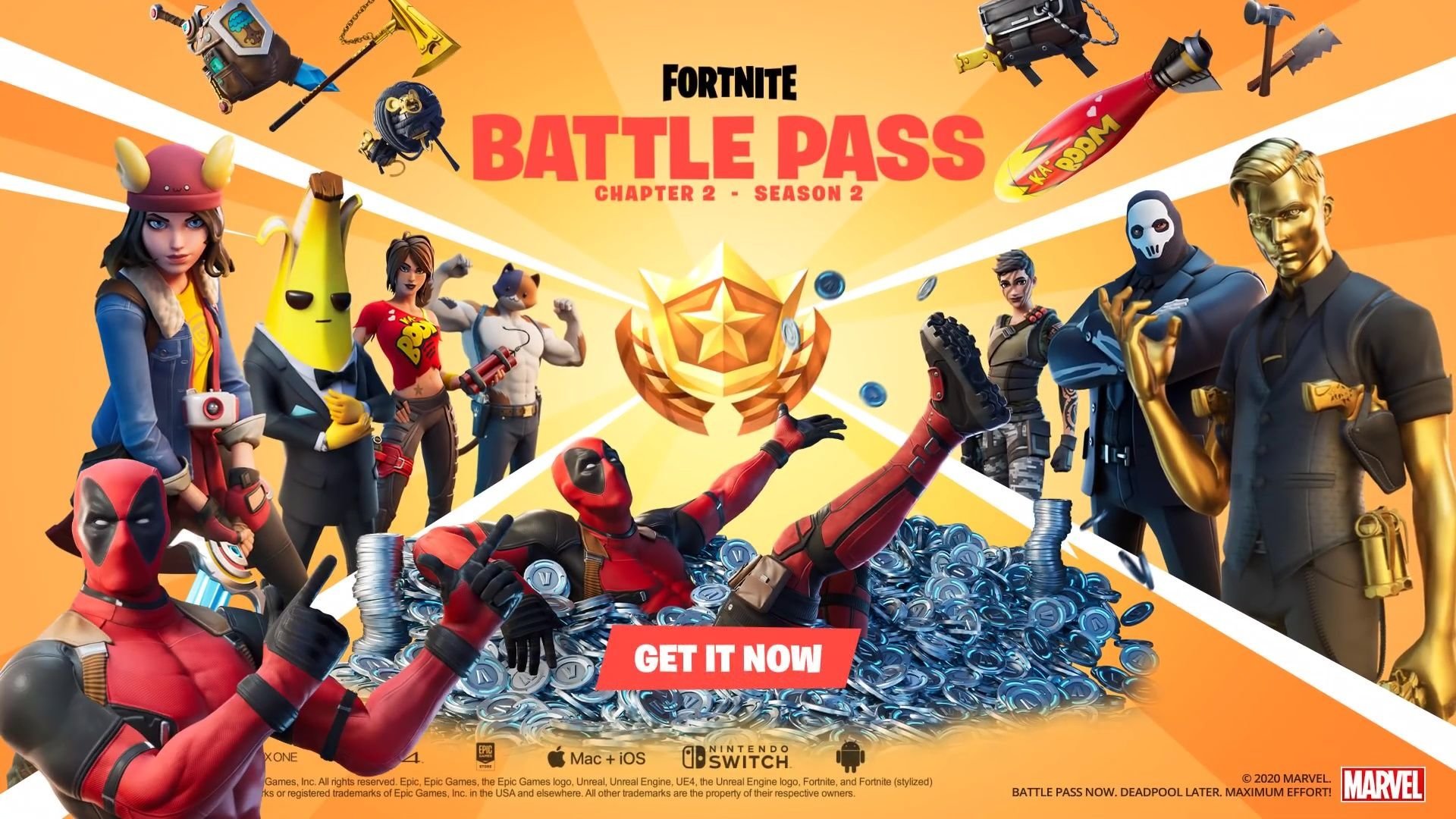 At long last, Chapter 2 Season 2 of Fortnite Battle Royale has arrived. Season 1 went on for a bit longer than players were expecting, leaving many to ponder what exactly Epic Games had in store for the second season of this new iteration of Fortnite. Covert operatives have seized battle royale island, and it’s up to teams of secret agents to regain control. The release of Season 2 coincided with the version 12.0 update, bringing about a number of changes to the map and gameplay. Here’s everything new in Fortnite Chapter 2 Season 2.

The first season of Chapter Two diverged a bit from the typical formula of Fortnite Battle Royale battle passes. Instead of tiers and battle stars, players progressed their pass by using exp to level up. Epic Games is sticking with this format in Season 2, with a brand new slew of rewards to be unlocked.

The Season 2 battle pass features cosmetics and items that align with the secret agent theme of the storyline. This includes Agent Peely, a fun spin on the fan-favorite skin that first appeared in Season 8. Some other highlights of the Season 2 battle pass are Meowscles, a feline agent that looks like something plucked right out of an anime or Midas, an agent who can turn weapons and vehicles to gold (color, not rarity).

Something brand new to Fortnite Battle Royale comes with the addition of Gear Specialist Maya. Upon purchasing the battle pass, players will unlock this unique skin that allows them to customize to their liking. Upon completing challenges and leveling up, players will earn more parts that they can choose from in the upgrade section of the battle pass menu.

It’s tradition that every new season brings about changes to the battle royale map. This remains true with Season 2, as Fortnite has once again found ways to spice up the ever-changing arena. The new major POI’s come in the form of hideouts. These locations are filled with hostile AI-controlled enemies called henchman, who are certainly up to no good. Defeating these henchmen will supply players with loot. There’s also a new feature where players can “shakedown” henchmen to gain intel on chests and other foes.

Each hideout features a boss, a more powerful AI that guards the best loot the area has to offer. Upon defeating the boss, players will get a key card that they can use to access the hideouts vault. Inside the vault are chests filled with epic and legendary items. There are multiple hideouts spread across the map, which we are currently assembling a guide for.

One of the more nerve-wracking aspects of a new Fortnite season s the change to the loot pool. The addition or removal of certain items can have drastic ramifications on player strategy and tactics. Epic Games opted not to post a comprehensive list of patch notes, but there are still many changes to the item pool. Here’s what we know so far:

Of the changes, the most shocking is easily the vaulting of the Damage trap. Throughout all of the varying changes Fortnite has seen over the past few years, traps have remained in them since Chapter 1 Season 1 back in 2017. It’ll be interesting to see how this changes the meta, and if they’ll return in some capacity down the line.

There are also new Mythic variations of the Assault rifle and Drum gun that can be acquired from hideout bosses.

As with every new season, Epic Games released a cinematic to set the stage for the secret agent theme of Chapter 2 Season 2. However, if you pay attention, you’ll notice a peculiar character pop up during the video. Marvel’s merc with a mouth, Deadpool himself can be seen hiding in the background during different parts of the cinematic, true to his comic book form.

This is easily the biggest shocker of Chapter 2 Season 2, as nobody was anticipating another collaboration between Marvel and Fortnite soon. Not only have they licensed the character to appear in the game, but Deadpool will be an unlockable skin that players can wear in-game. Our source? Deadpool himself! Wade Wilson is front and center of the game's main menu, with a speech bubble that reads, “Shhh… I’m the secret battle pass outfit.” Owners of the battle pass will be able to unlock Deadpool after completing a set of challenges.