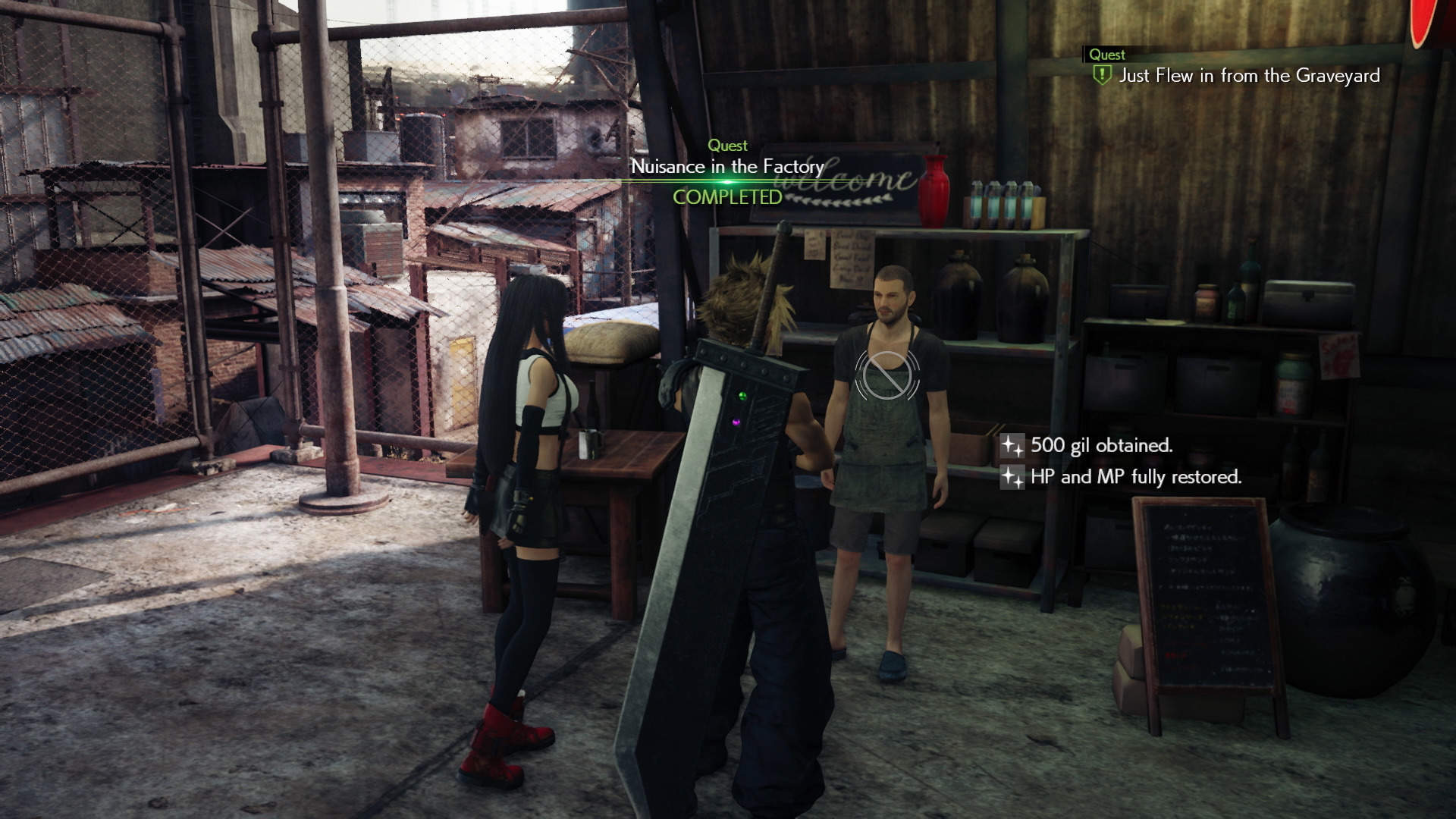 Jonesing for more tiny tidbits of information about the upcoming Final Fantasy 7 Remake? Square Enix has you covered.

In a new blog on the official Square Enix game page for the brand new PlayStation 4 title Final Fantasy 7 Remake, a series of new info is nestled between new shots of characters like Red XIII, Tifa Lockhart, and Hojo.

While there are only general character bios for Red XIII and Hojo, the blog offered additional information about Tifa's fighting style and her special Battle Abilities like Rise and Fall, a powerful series of combos, as well as Omnistrike, which lets Tifa bash into enemies shoulder-first. Tifa also can use True Strike, which hits an enemy directly in front of her, then she can finish them off with a dive kick.

The blog also detailed some of the Materia that will be featured in-game, such as Cure, Cura, and Regen. Deadly Dodge Materia lets you turn any attack after you evade into a melee strike, which any character can equip.

One interesting new addition are Mercenary Quests, which are small sub-quests players can take on during the game. Cloud can complete them and receive rewards for doing so. Battle Report lets Cloud complete various requirements to help develop new Materia, so that will add another layer of complexity to the game.

Summons, an important part of the Final Fantasy series, are also returning in this version Final Fantasy 7. The blog revealed the Chocobo Chick, which is a powerful ally that you'll receive by preordering any version of the game. Next up, Carbuncle is a magical creature with a ruby on its forehead that is included with preorders of the Digital Deluxe Edition via the PlayStation Store.

Finally, Cactuar comes with the Deluxe Edition, Digital Delux Edition, or 1st Class Editions of Final Fantasy 7 Remake. So make sure you preorder the correct version according to which summons you want to receive.

Final Fantasy 7 Remake is set to debut on April 10, 2020, so mark your calendars – that's only a few short months away!