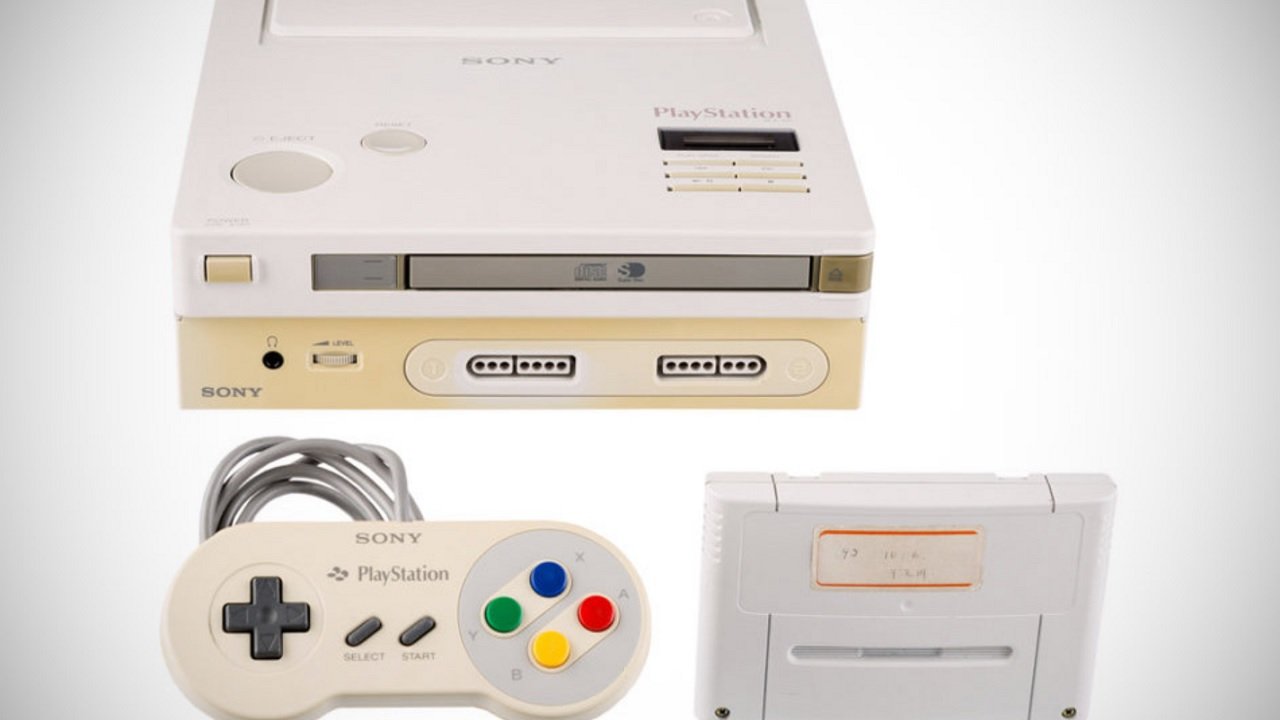 SNES PlayStation CD-ROM Prototype valued at over $30,000 in an online auction

Once upon a time when Sony and Nintendo were a bit more buddy-buddy, the two technology and gaming giants nearly collaborated on their first CD-ROM console in what would have become the SNES PlayStation. Unfortunately, a bit of backstabbery here and there brought the relationship between the two on the console to an end and Sony then used the knowledge gained from the project to create the PlayStation. Even so, prototypes of the SNES PlayStation CD-ROM were made and one has been unearthed and put up for auction… to the tune of currently over $30,000 USD.

A rare SNES PlayStation CD-ROM prototype was placed on auction via Heritage Auctions. Though proxy bids on the SNES PlayStation CD-ROM is allowed until March 6, 2020, the bidding has already reached $33,000 USD as of the writing of this article. The console prototype has attracted 33 bidders since the launch of the auction and it currently has nearly 400 actively tracking alerts on changes in the auction. Safe to say, this little piece of Nintendo and Sony’s contentious past is drawing some serious money to the table for its hallowed ownership.

Development on the SNES PlayStation CD-ROM started as an add-on for the Super Nintendo in 1988. Then-Sony Engineer Ken Kutaragi wanted to explore the gaming space in a time when Sony had no hands in the video game industry. Though initially, Kutaragi’s efforts where dismissed, he eventually found support among Sony executives who brought Nintendo to the table to begin a collaborative effort on the console. Nintendo was initially responsive and cooperative, but then-Nintendo President Hiroshi Yamauchi was not fond of Sony, who handled development of the SNES sound chip and charged heavily for its use.

Yamauchi pursued a deal with Sony competitor Phillips to create the Phillips CD-i behind Sony’s back and revealed their partnership while Sony was still working on the SNES PlayStation CD-ROM, shocking and infuriating Sony. Deals were called off and Sony ceased work for Nintendo, instead repurposing the SNES CD-ROM into the first PlayStation, which would become one of Nintendo’s chief competitors. Ken Kutaragi, “Father of the PlayStation,” would go on to become Chairman and CEO of Sony Computer Entertainment for as long as 2011, earning various accolades like a lifetime achievement award at 2014’s GDC Awards. That said, a couple hundred prototypes of the SNES PlayStation CD-ROM were produced and exist now as treasured remnants of that historic turning point in gaming.

There’s an enormous amount of history in the SNES PlayStation CD-ROM. The bidding will likely go to even further and absurd heights before the March 2020 end date, but for many, it’s likely a small price to pay to claim ownership of a piece of absolutely amazing gaming history.